10 National Parks That Have Awesome Fishing

Of the tens of millions who visit America’s national parks every year, most never see much beyond their windshield. Anglers are different. Once you cast a line, you are not just a national park visitor — you are a participant.

The National Park System represents our nation’s most meaningful and spectacular terrain, sometimes called our sacred ground. And many parks are great places to fish.

The National Park Service has a two-prong mission. To preserve the natural resources and provide for people to enjoy them. When it comes to fishing, the agency simultaneously wants to protect rare and native fisheries, while allowing people to catch, and sometimes kill and eat, fish. Check with the regulations of individual parks for specific regulations. Sometimes, one doesn’t even need a state fishing license to fish in national parks, but parks often have stricter regulations about, for example, regarding bait or non-toxic tackle. The point is, get out there. National Parks are your Open Country. 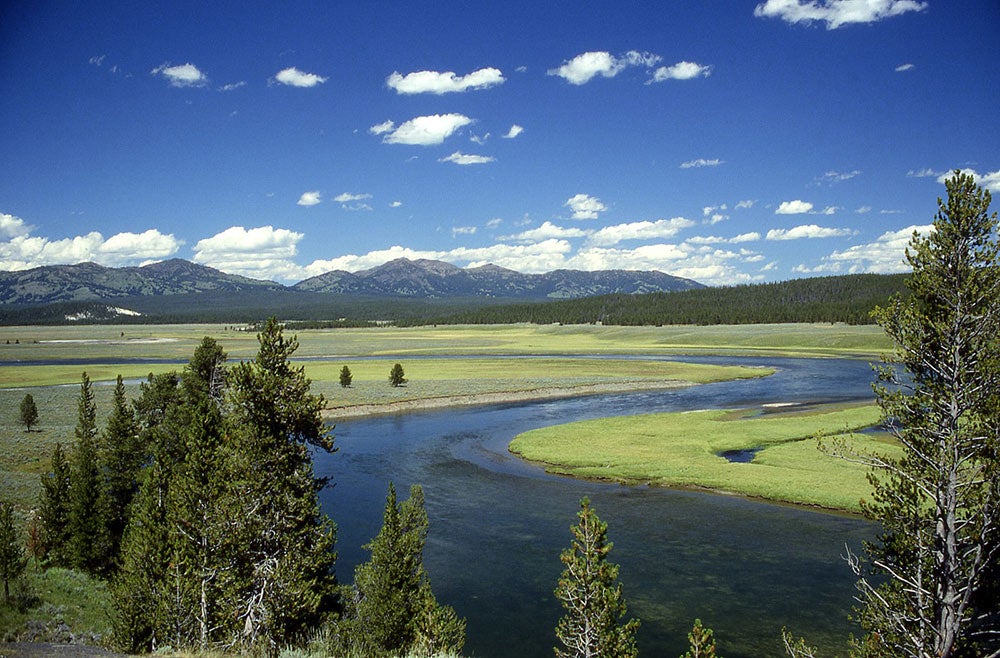 America’s oldest national park is legendary for fly fishing for trout on the Yellowstone, Firehole, and Madison rivers. Yellowstone cutthroat are the native treasure, but rainbows and browns are also popular. The famous runs of big cutties in tributaries that feed Yellowstone Lake are beginning to bounce back thanks to restoration efforts. Yellowstone also hosts introduced lake trout, which the Park Service considers pests and encourages you to catch, keep, and eat. Yellowstone is a rare fishing destination where you have to avoid snagging a bison on your backcast. 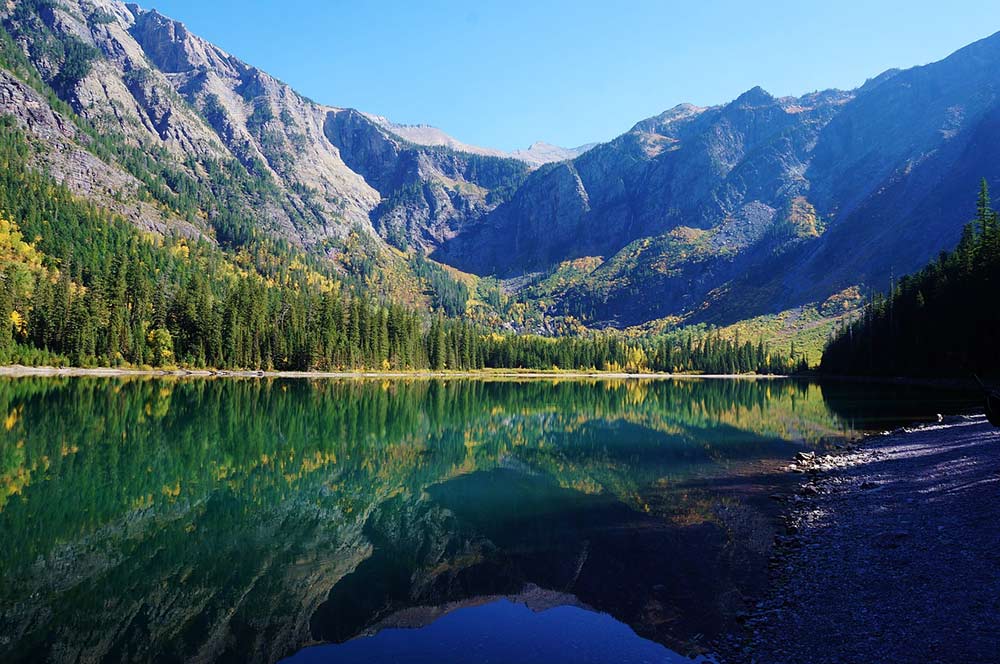 A mountain lake in Glacier.

The waters of Glacier Park are icy cold and crystal clear. When it comes to fish-per-mile, Glacier’s waters cannot compete with the more famous Montana trout rivers such as the Gallatin, Big Hole, or Missouri. Still, Glacier offers anglers delightful fishing in spectacular settings. Glacier is framed by the North and Middle Forks of the Flathead River, official Wild-and-Scenic Rivers known for native westslope cutthroat trout. Glacier also has hundreds of mountain lakes that host both native species and introduced species like brook trout. 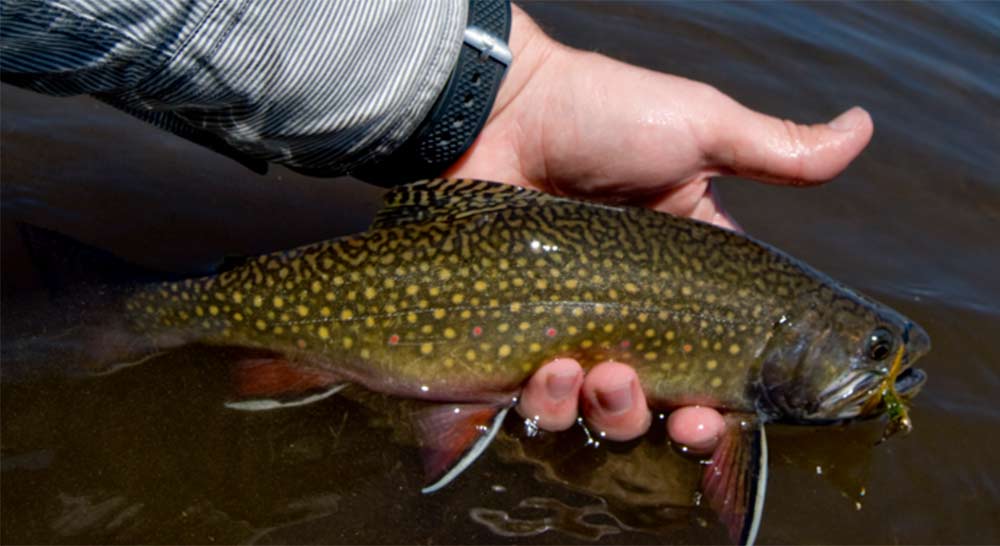 Musician Greg Brown wrote that brook trout were “God’s reminder that Creation is a good idea.” This national park is one of North America’s strongholds for native brookies, but also has rainbows, browns, and smallmouth bass. Brook trout are fair game for anglers, thanks to decades of restoration efforts. In all, Great Smoky has roughly 2,900 miles of streams, though only 20 percent of that water is sufficient to support trout. Natives are found in higher elevations, introduced browns, ‘bows and smallmouth bass in lower elevations. 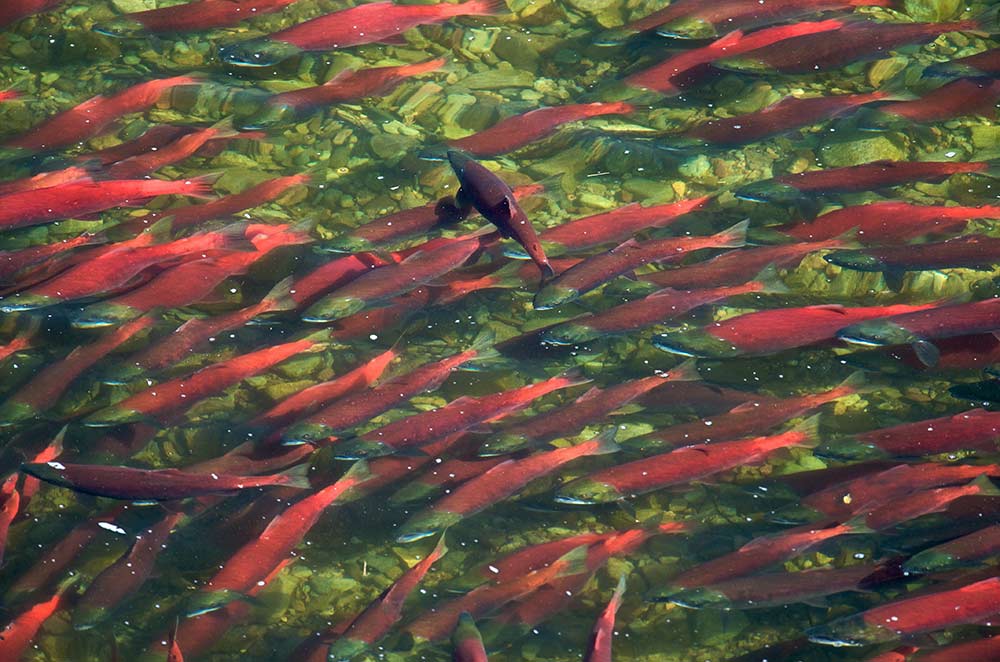 This is a true wilderness national park with high-octane fishing. You’ve seen the photos of anglers casting for salmon while brown bears eye the same schools from across the river. One can fish for all five species of Pacific salmon here, in season. Anglers also come for rainbow, Dolly Varden, arctic char, arctic grayling and lake trout. The advice is clear: If a bear claims your hooked fish, cut the line and let him take it. When bears are within 50 yards, reel in and back off. 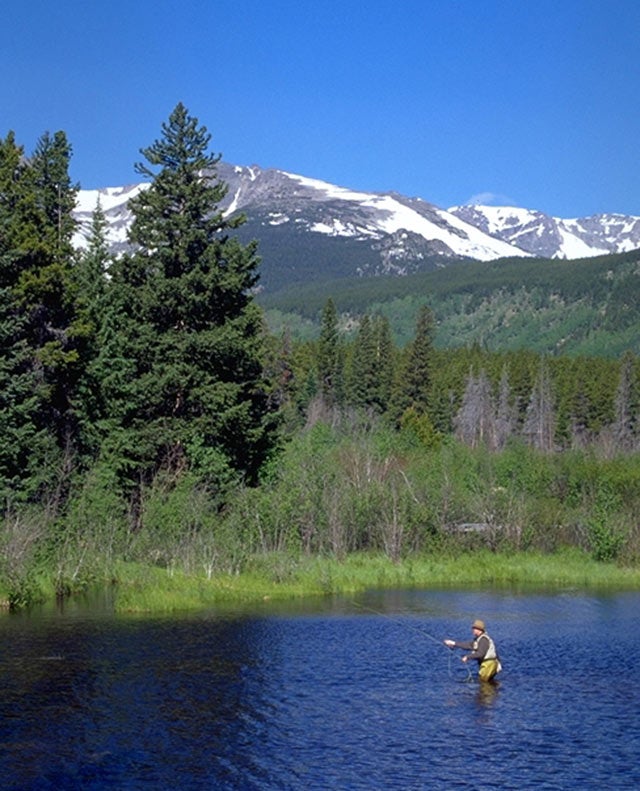 If John Denver ever fished, this is the kind of Rocky Mountain High he was looking for. The 14,000-foot peaks of Rocky Mountain catch a lot of snow, which feed both streams and alpine tarns. These offer epic hike-in fishing for native greenback cutthroat trout, a fish so beautiful they match the scenery. Also you can fish the headwater streams of the Colorado River among abundant elk and moose. For the best action, consider a backpack trip to stretch fishing hours early and late in the day. 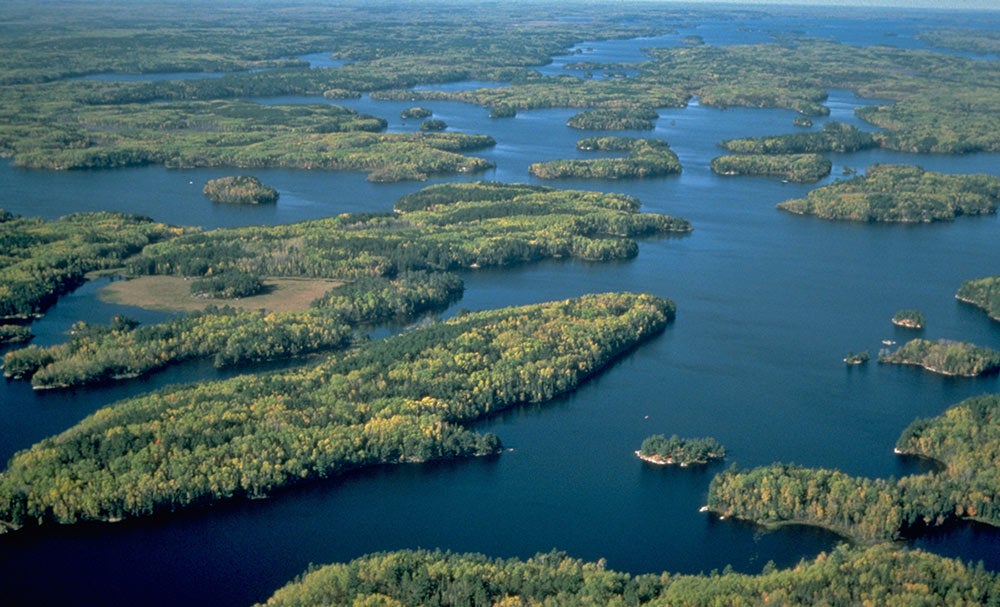 A bird’s-eye view of Voyageurs.

Some claim that the walleye is the best-tasting freshwater fish in North America. I imagine those caught at Voyageurs National Park taste even better. Voyageurs National Park is 40 percent water, a maze of interconnected waterways on the border between Minnesota and Canada. The largest lakes are Rainy, Namakan, Sand Point, and Kabetogama, but there are also several smaller lakes that one must hike to. The glaciers that carved these lakes left behind myriad bays and islands, rich for exploration. The park also has good pike and smallmouth fishing. 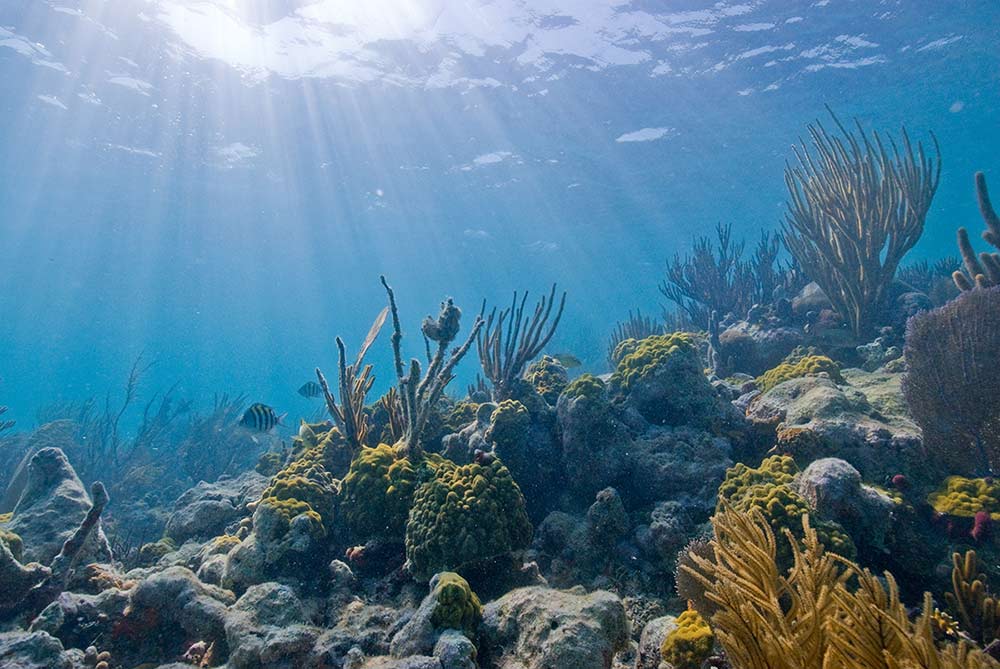 A reef off Biscayne.

Miami may bring to mind nightlife and neon. But within sight of downtown Miami is Biscayne National Park, a saltwater preserve that features tropical islands, coral reefs and bonefish flats. The waters off southern Florida are splendid shades of aquamarine and the sunsets tend to be particularly vivid. The park works with the state of Florida to manage fishing resources there. With some 500 species, it’s hard to imagine another park with more sheer diversity of fish species. The park even offers fishing classes in both English and Spanish. 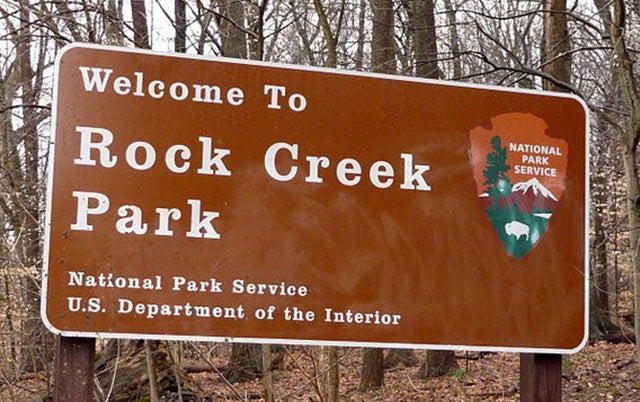 The grounds of Washington DC are managed by the National Park Service, including Rock Creek, which is one of America’s oldest national parks. When Theodore Roosevelt wanted to get out of the city, this is where he led his cabinet on epic bushwhacking outings. Rock Creek is more civilized today, but still offers fishing for bass, catfish and other species. Just to be confusing, the fishery inside the Beltway is managed by the DC Department of Energy and the Environment. Check the regs: some reaches of Rock Creek are off-limits to fishing. 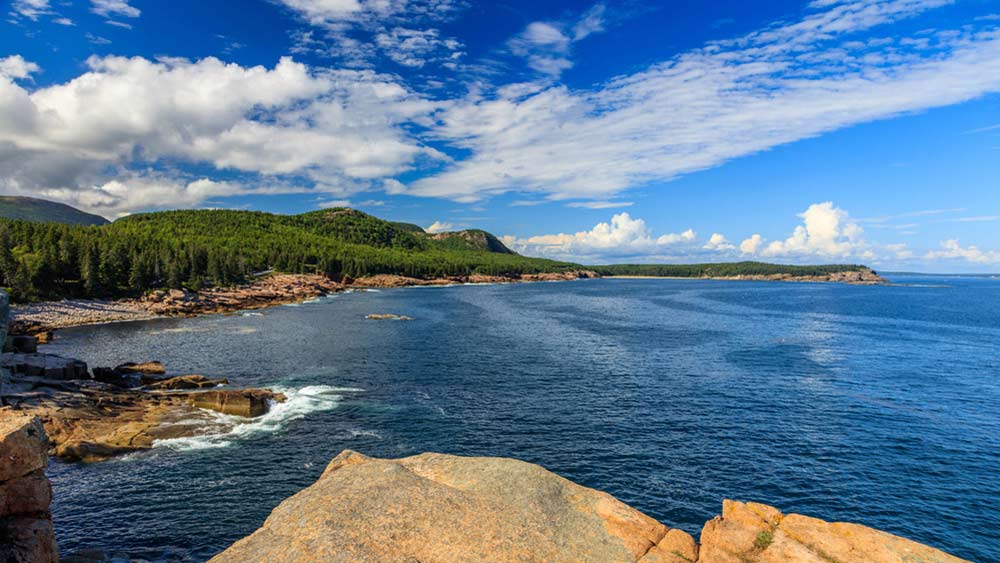 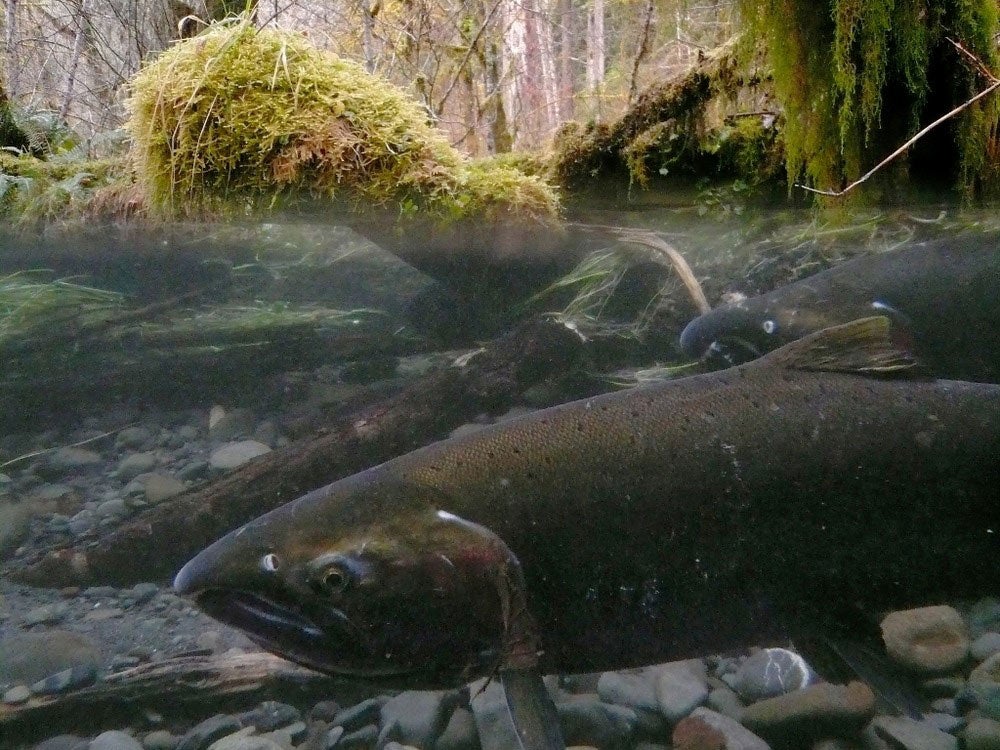 A steelhead in Olympic National Park.

A friend of mine – who knows more about rivers than anyone I know – is particularly gung ho about Olympic. “Salmon, steelhead, sea-run cutthroat,” he said. “What more can you ask for?” Olympic is about 1 million acres and includes 600 lakes and 4,000 miles of river and 70 miles of inter-tidal habitats. The snow-capped peaks are cloaked in deep Douglas fir forests. Pack raingear – parts of the park get up to 170 inches of rain annually. But don’t think of it as rain – think of it as incoming fish habitat.

What have I left out? Golden trout in Sequoia. Fishing the Colorado River as it cuts through the Grand Canyon. Frypan fish in the high lakes of the Cascades. Brookies in the Shanandoah. Floating through the Black Canyon of the Gunnison. Cumberland Gap National Historic Park. Suffice to say there’s fishing in national parks to last decades’ worth of summer vacations. Enjoy.