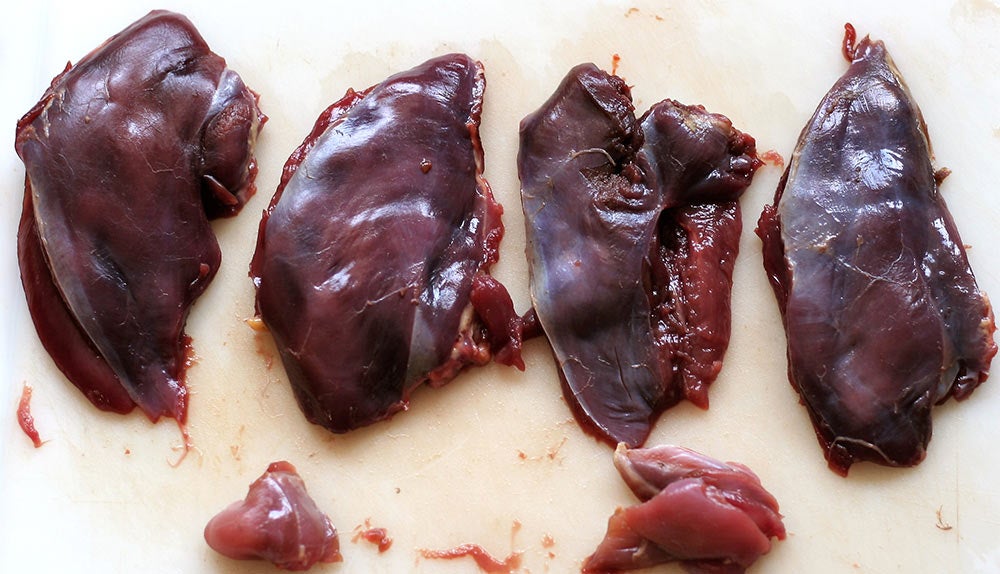 When I first moved in with my wife, I planned to cook her dinner one night. She asked what we were having. I told her venison. She informed me that she didn’t like venison. I turned to her and said that she probably hadn’t had it cooked right. She told me that her last boyfriend said the same thing, he cooked it the right way, and it still tasted bad.

At the time, I had a decent library of cookbooks. I asked her to find me one recipe that ended with, “When finished, dish will taste bad.”

Of course, no recipe ends that way. So I cooked some venison my own way and convinced her to try it. She really enjoyed it. So much so that she started cooking with it herself, and has become a very good wild game cook.

So, in an effort to breakdown the general misstep of “not cooking it right,” here are a few of the more specific mistakes people make when cooking wild game. 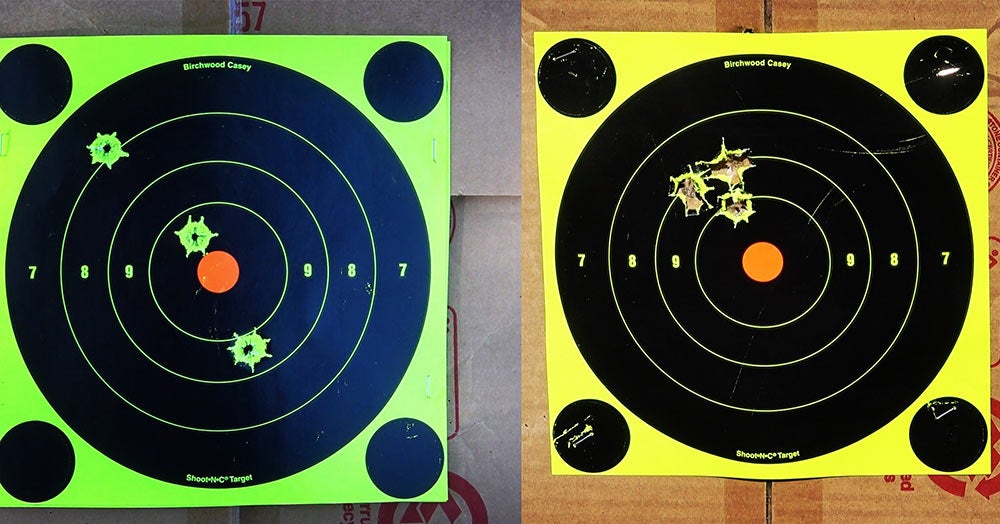 Not Spending Enough Time at the Range

Practice at the range means better dishes in the kitchen.

I know this has seemingly nothing to do with cooking, but if you want your game to die a quick death, you need to spend time at the range. It doesn’t matter if you’re a bowhunter or a gun hunter—you have to be accurate. If you make a poor shot and have to track an animal for hours—or, even worse, have to leave an animal overnight—that can affect the taste of the meat. If you shoot an animal in the wrong spot and are lucky enough to recover it, you can still lose portions of the best cuts of meat. So practice, practice, practice. 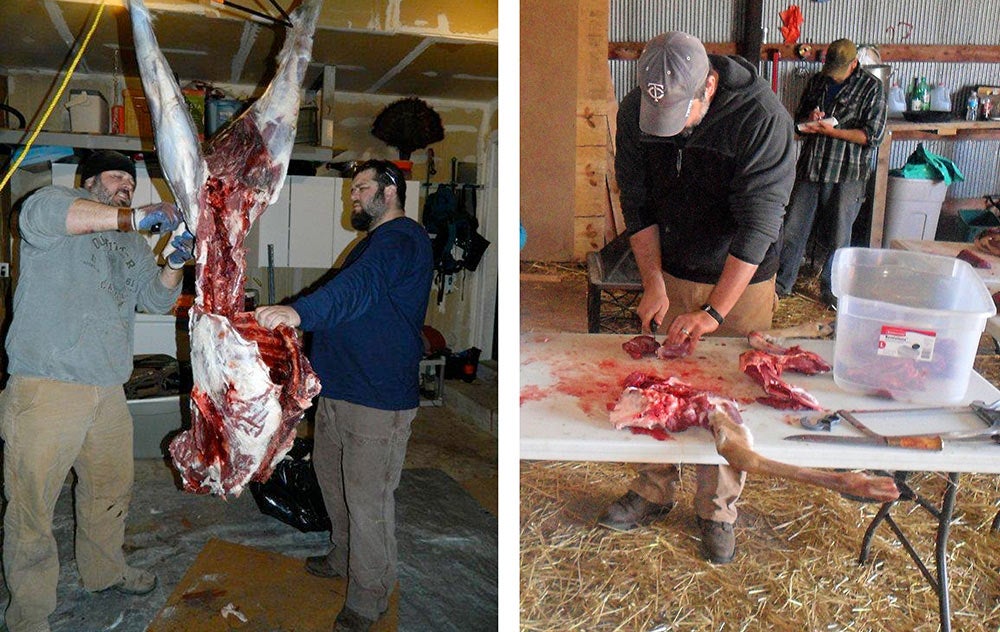 Not Butchering Your Own Animals

Home butchery doesn’t have to be intimidating.

I know that in the chaos of everyday life, finding the time to butcher and package your own meat may seem like an overwhelming task. But I assure you that if you spend time breaking down game, you will get a better feel for what methods of cooking will suit each piece. You can also label the packages any way you want. If you see a piece of meat that looks like it’s going to be your Fourth of July steaks, you can label it for that express purpose, and know ahead of time how you are going to cook them. The more comfortable you get with butchering, the better and faster you’ll get with time. Plus, it’s much cheaper than dropping off a deer at the processor.

Read Next: How to Be a Better Butcher

This simple recipe takes a tough venison cut, the shank, and turns it into a tender, delicious meal. Here’s the best way to cook the shanks on your next whitetail. 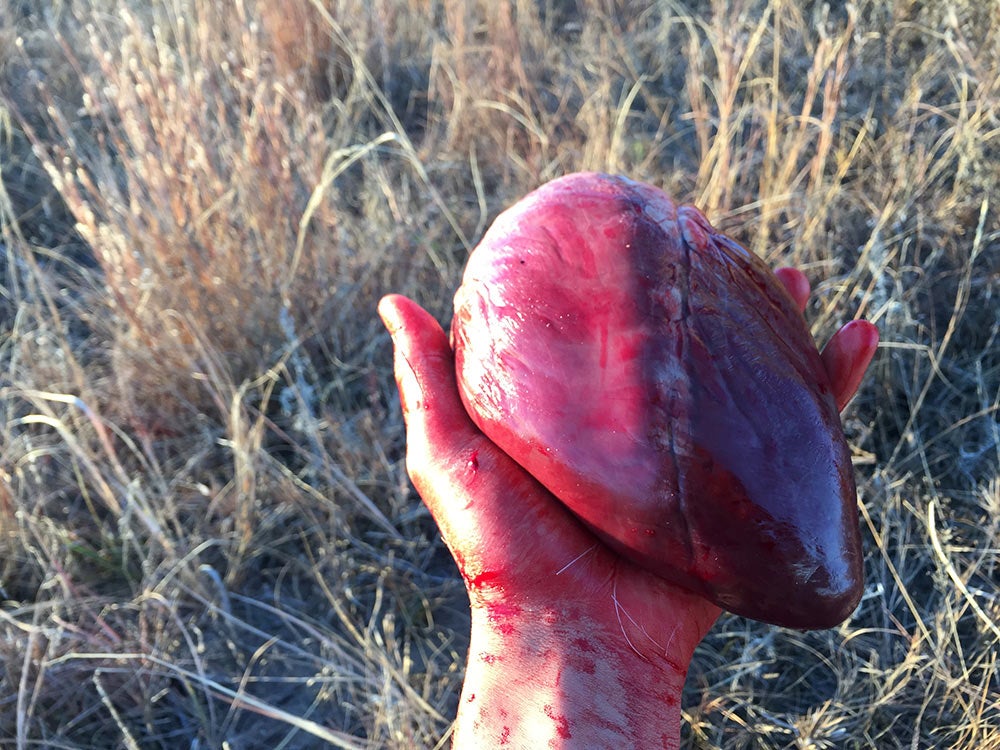 Throwing Out the Organs

The heart is a tender muscle that’s infinitely tastier than it looks.

I know this is going a hard one for some folks to stomach. Most people I talk to are convinced they don’t like organ meats. But many of them have never even tried them. Or they’ve had some version of liver and onions that were so overcooked and terrible that it lingers in their mind as a reminder to never try offal again. To which I say, keep trying. When cooked correctly, heart is one of the best pieces of meat you will ever have.

The same is true of liver. (One of my favorite ways to use liver is in mazzafegati, an Italian fresh sausage that is sure to change your mind.) Cooking the organs will also help you find new cooking methods for other parts of the animals you bring home. 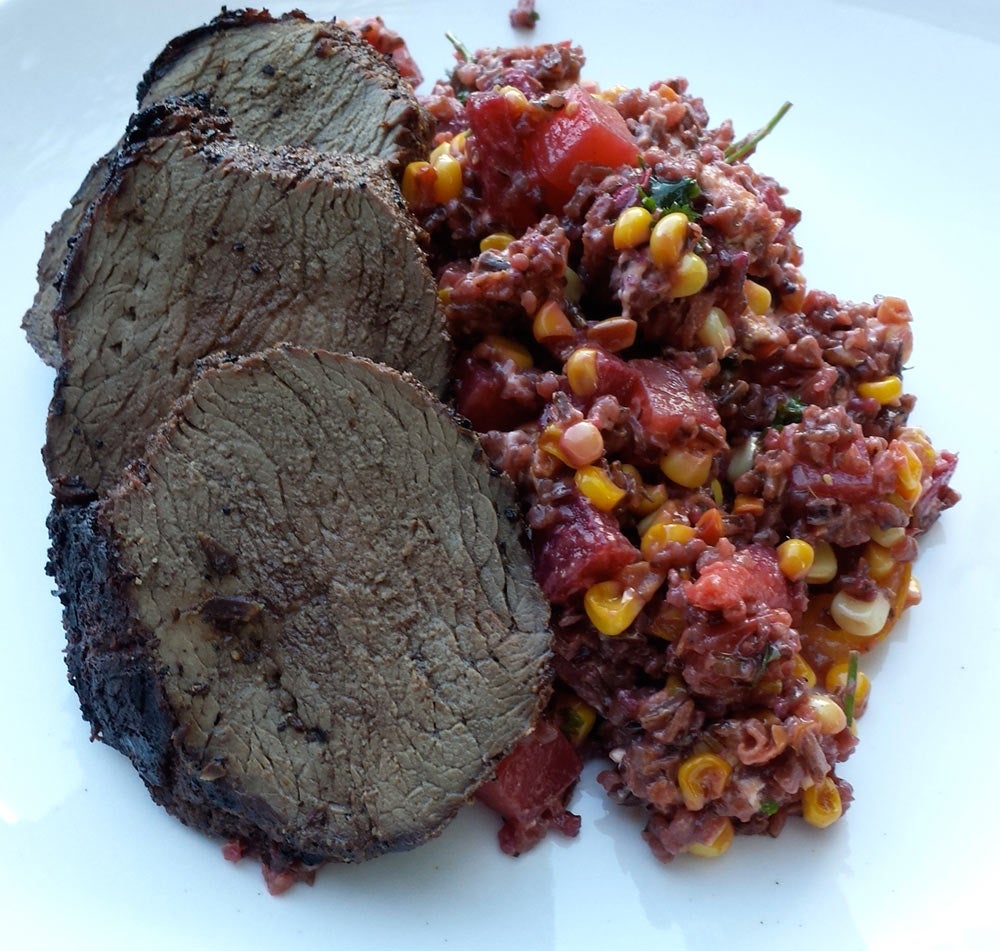 Being Afraid to Ruin Your Game Meats

Even if your first attempts at cooking a cut don’t turn out as perfectly as you’d hoped, keep trying.

Having wild game in your freezer can make it hard to cook wild game. I know a bunch of people who go out to their freezer and look at the packages of wild game and are afraid to cook it. They are afraid because they don’t want to ruin it or they are afraid of running out. Either way, they leave it until next time or save it for a special occasion. Then, by the time they finally defrost it, it’s freezer burned and they end up throwing it out.

The only way to get better at cooking wild game is to cook more of it. If that means you are going to need to drink another beer just to choke down an overcooked steak, that’s fine. It is always better to have space in your freezer to fill than to have to throw out freezer burned meat. 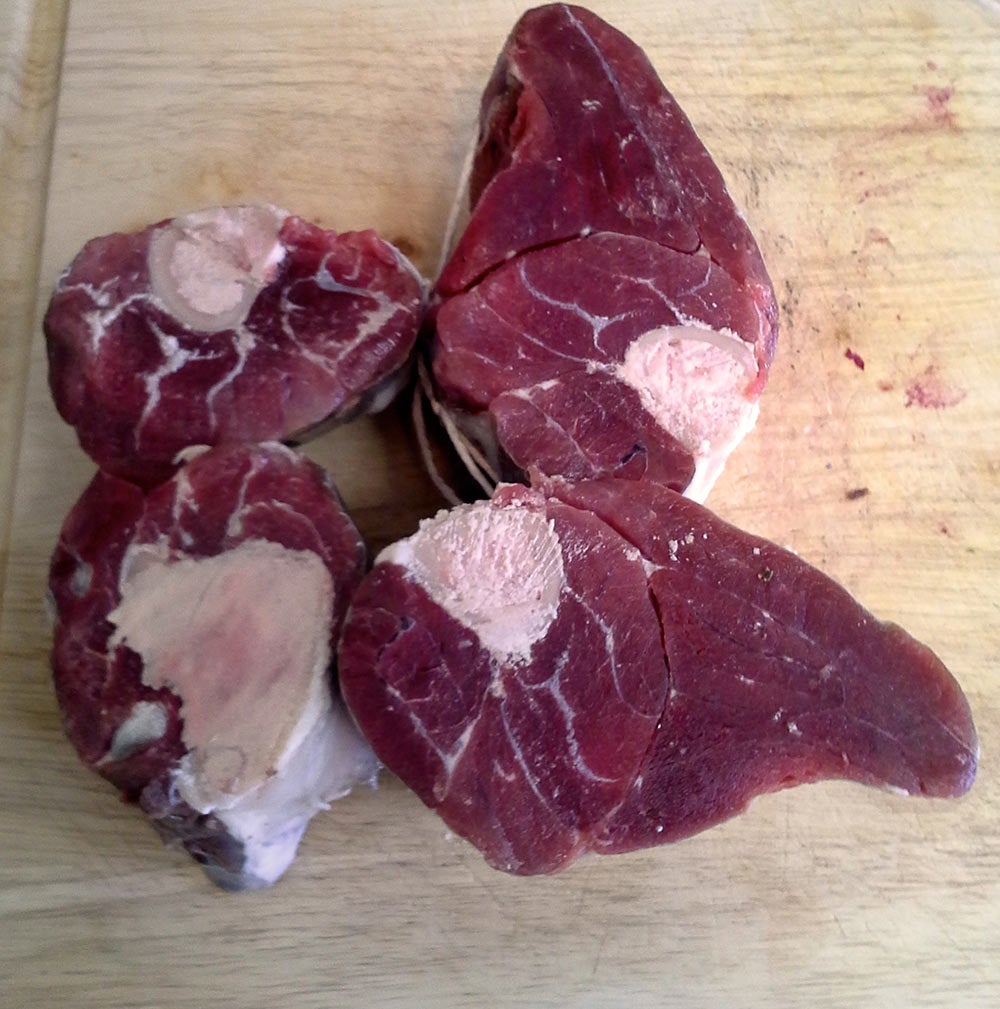 Certain cuts are best enjoyed with tried and true preparations.

Game isn’t difficult to cook if you’re familiar with it. But it can be tricky if you’re not used to it. There are certain cuts from deer, elk, and other big game that are easier to cook. Pro tip: throwing shanks on the grill and trying to cook them isn’t going to work. Cubing backstraps and cooking them in a stew isn’t going to give you the best results, either.

Learn the cuts of meat, and what they’re best suited for. Muscles like shanks and neck meat are great for stews because they have a lot of connective tissue, which will break down during slow cooking and add richness to your dish. Backstraps have little or no fat in them, and can get stringy in a stew. On the grill, however, backstraps and the big, tender cuts from the hindquarters are perfect.

There’s nothing better than a simple, delicious rack of ribs. Use the ribs from your next buck to make this awesome, smoked-ribs recipe. 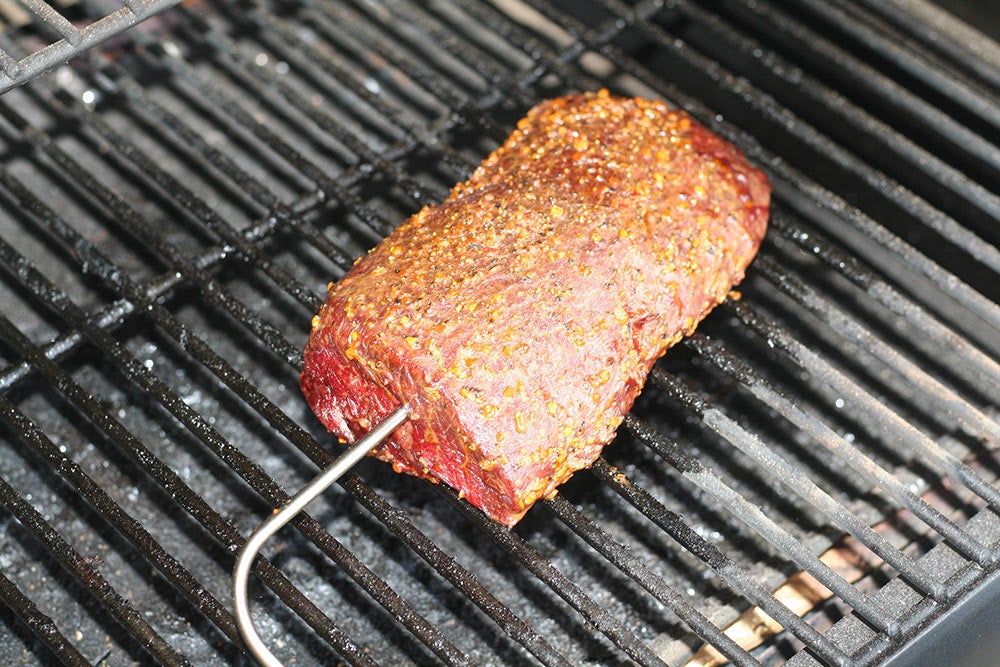 Not Using a Meat Thermometer

Technology is your friend when it comes to perfectly-grilled steaks.

When you do cook those tender cuts (i.e. steaks, chops, and roasts), you need to use a meat thermometer. I know a lot of people think they know when their meat is done, but the difference between 140-degree perfection and a dried out hockey puck is only a matter of minutes. Wild game cooks faster than domestic meats.

It’s much leaner and less forgiving. But like all meat, it will continue to cook after you remove it from the heat. So if you’re shooting for 140 degrees, you’ll want to pull it off the heat around 135 degrees and let it rest. Leave the thermometer in the meat and watch it climb those last few degrees. 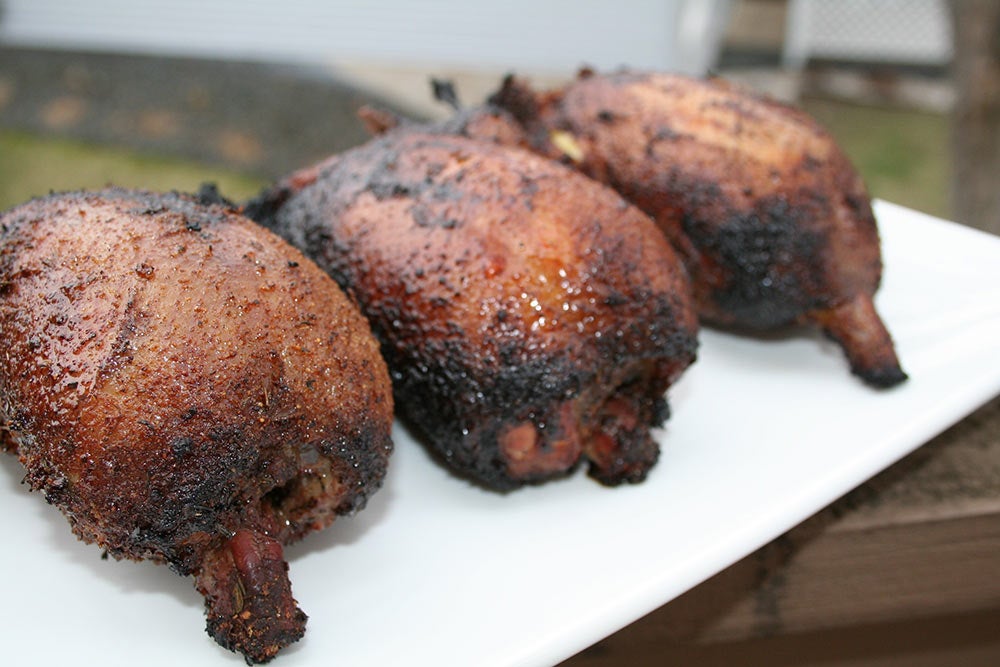 Work your way up to cooking whole game birds.

Unless you are very skilled I always recommend you break your birds down. It doesn’t matter if you are cooking ducks, pheasants or turkeys break them down. If you cook the breast meat on any bird to the right temp you will get tough inedible thighs and legs. If you cook the legs and thighs until they are tender the breasts will be so over done you won’t be able to eat them. Pluck your birds then cut the breasts out and save the legs and thighs separately. You can make stock out of the remaining carcass. This will also help give you more options in your cooking and you can make multiple dishes out of the same bird.

Read Next: The Best Ducks to Eat, and How to Cook the Ones You Think You Can’t

The liver is one of the most underrated venison cuts. Here’s how to make delicious pan-fried whitetail liver.

Leaving the Skin and Fat on Certain Ducks and Geese

I’m not talking about mallards, pintails, woodies, widgeons, and other puddle ducks. I’m talking about divers. Often just removing the skin and fat from a duck is all it takes to make them taste better. Even something as lowly as the coot can be made edible if you remove the skin and fat. 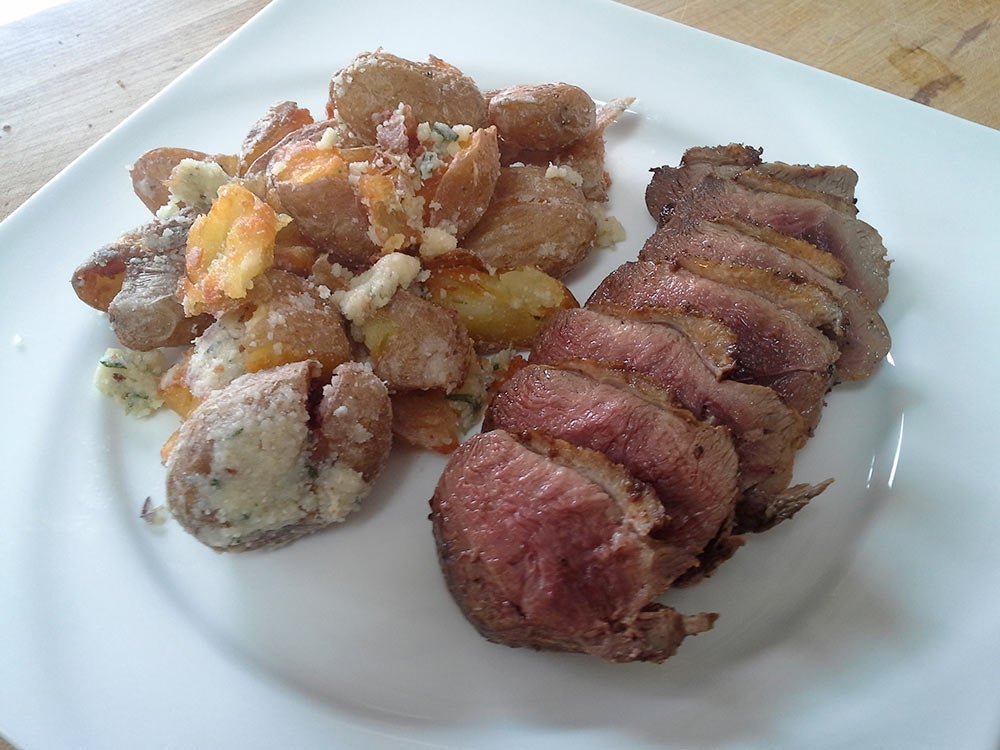 Brines are a simple and effective solution for handling many dishes.

A good brine can fix a lot of common complaints with game meat. The salt in the brine helps draw out some of the blood and can help with flavor. It will also add moisture to your meats and prevent them from drying out. 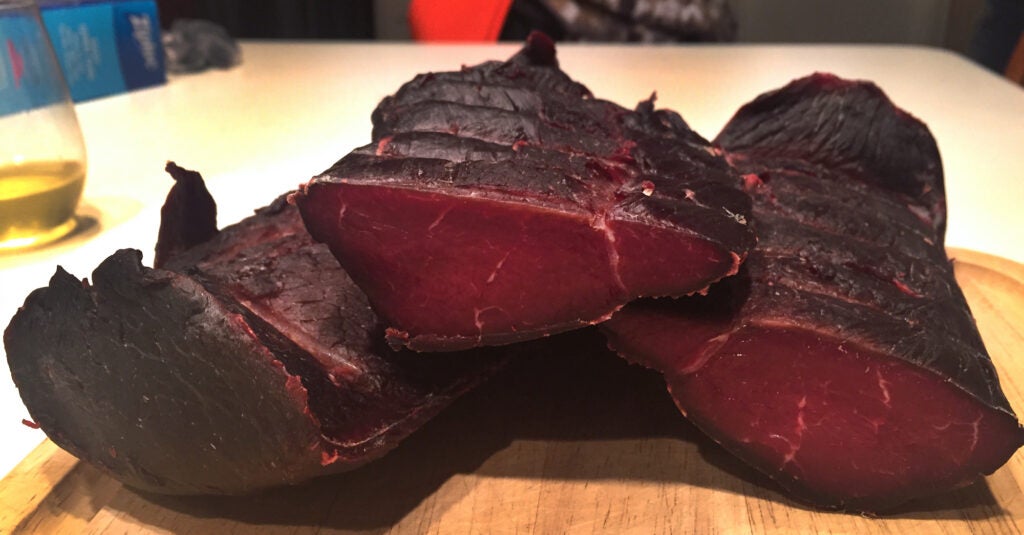 Not Understanding the Aging Process

Crusted whitetail backstrap, aged in a refrigerator for about 10 days.

I have heard a lot of talk about aging. I am not against it, by any means, but I don’t think most of us have giant walk in coolers that are temperature and humidity controlled. Hanging a deer in your garage for a week in varying temperatures doesn’t count. Guys have told me they hang their deer until mold forms, then they cut it up. That doesn’t sound too appetizing to me. I hang my deer for 24 to 48 hours. I aim to let the deer come out of rigor mortis.

When the meat loosens up a little, that’s when you should butcher it. If you have a walk-in fridge and can control the setting, by all means—hang away. But don’t just let meat hang in variable conditions because you heard some guy tell you you should. If you do hang your deer, remove the tenderloins beforehand. They are small and very tender. If you let them dry out, you can loose half the meat on the tenders to crust.