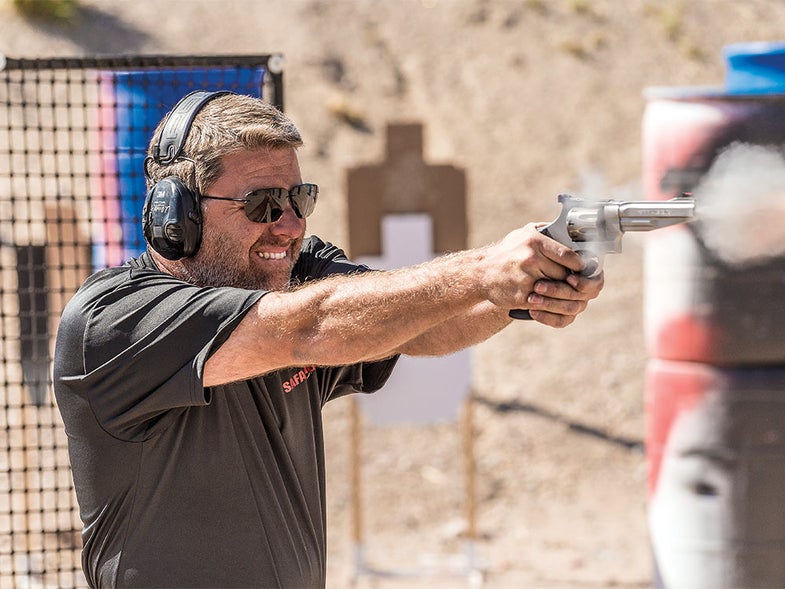 The .38 Special isn’t a round that grabs many headlines these days, but it is still a workhorse that plenty of people rely on when they’re carrying a handgun for personal protection. Recognizing that, ammo companies Federal and Polycase have thrown their weight behind some interesting products for the .38, giving shooters a couple more options for loading up their wheelguns.

To help achieve consistent velocities, Federal seated the bullets deep into the case in order to take up air space and promote even powder burn. The 130-grain HST bullet is one of the better personal-protection projectiles on the market, and according to Federal’s testing, this +P load has a muzzle velocity of about 825 fps—generating 227 ft.-lb. of energy—when shot from compact snubbies like the Ruger LCR and S & W Model 36. From a 7-inch barrel, it runs at 980 fps. (federalpremium.com)

Read Next: How to Pick the Right Concealed-Carry Gun

The ARX bullet is a relative newcomer, having been introduced in 2014. Made from a blend of polymer and metal, the ARX is a non-expanding bullet that achieves its terminal ballistics thanks to the spiraled grooves cut into the nose of the bullet.

When the bullet encounters soft tissue, the small channels funnel the tissue—which reacts like a fluid at these velocities—constricting it and ejecting it to the sides, creating a nasty wound channel. (polycaseammo.com)