3 Features You Need in a Kitchen Knife Set

When it comes to wild-game cooking, a selection of task-specific blades can make the difference between a good meal and a great meal 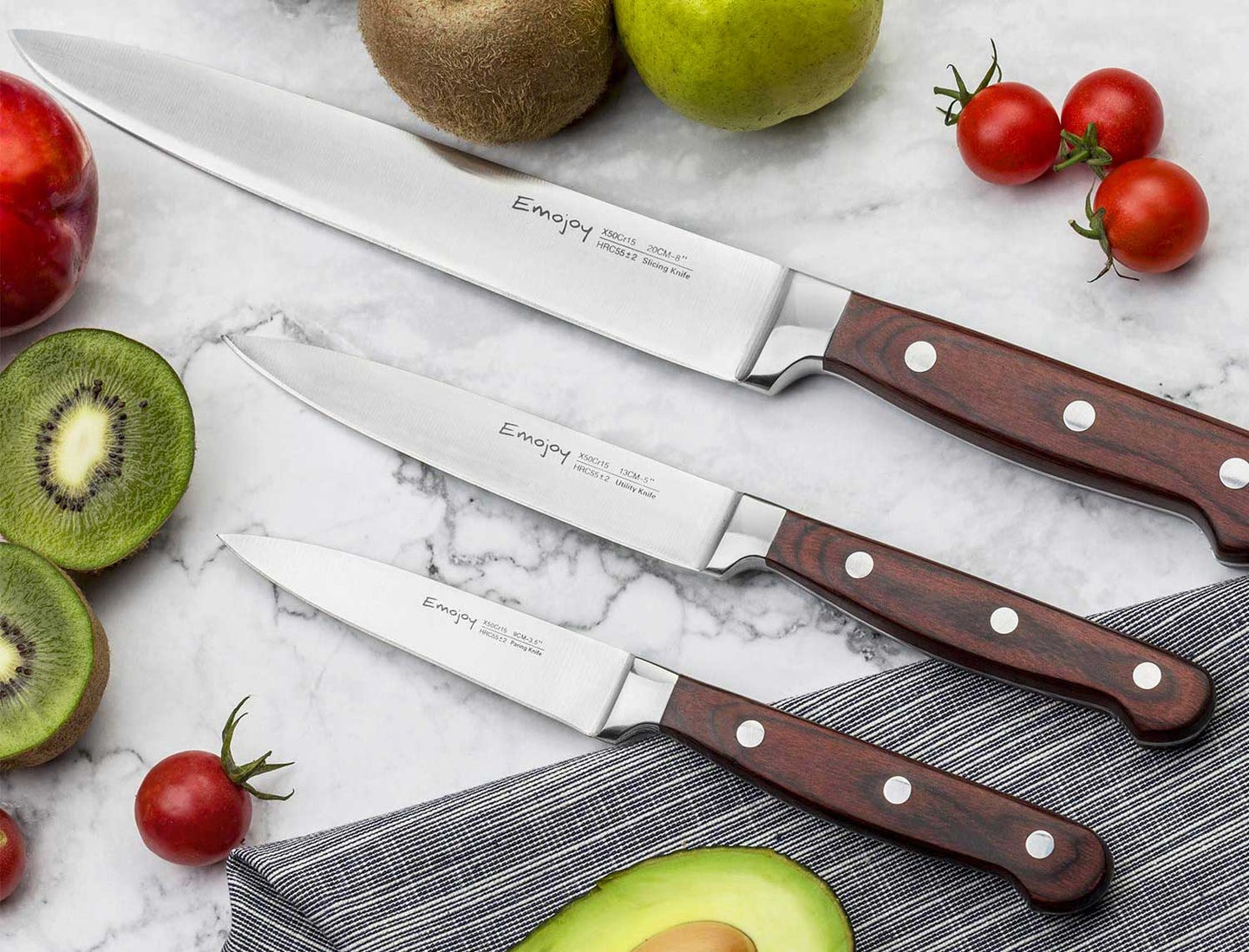 A well-composed butcher’s block makes life easier for any chef. Having a bevy of go-to blades always in their place not only helps expedite the cooking process, it makes the kitchen a little classier, too. Pretty much all kitchen blocks are going to come with a chef’s knife and one or two other blades, such as a paring knife or hollow edge slicing blade. Beyond that, like any tool set, some arrangements are more complete than others.

A honing steel is only as effective as the person using it. Often mischaracterized as a “sharpening steel,” its purpose is simply to realign the blade edge with the center of the spine. After your knife has been sharpened on a stone or by other means, a few whacks on a honing steel at about 22 degrees will bring it back into cutting shape. If you don’t like the notion of drawing the blade back toward you ala Iron Chef, hold the steel on end atop a folded towel on the counter, and with the other hand lightly place the blade at 90 degrees. Then halve that angle and halve it again to find the perfect honing angle in a safe position.

Not all knife sets come with kitchen shears. Sometimes, they are sold with either shears or a set of steak knives. Both have their appeal, but when it comes time to finish dressing a limit of quail at the sink, spatchcock a chicken, or open a stubborn package, you’ll be wishing you had the shears. You can also find sets sold with both. For ultimate class in the kitchen, double down with a case of dedicated steak knives in their own valet!

The bread knife is an underappreciated blade in a well-appointed kitchen set. Trying to cut a baguette on the bias or slice a loaf of sourdough with a chef knife just doesn’t work out as well. Opt for a serrated bread knife in your kitchen set, and you’ll be surprised at how often you reach for it.