3 Ways to Tweak Your Coyote Setup for Shotgun Hunting 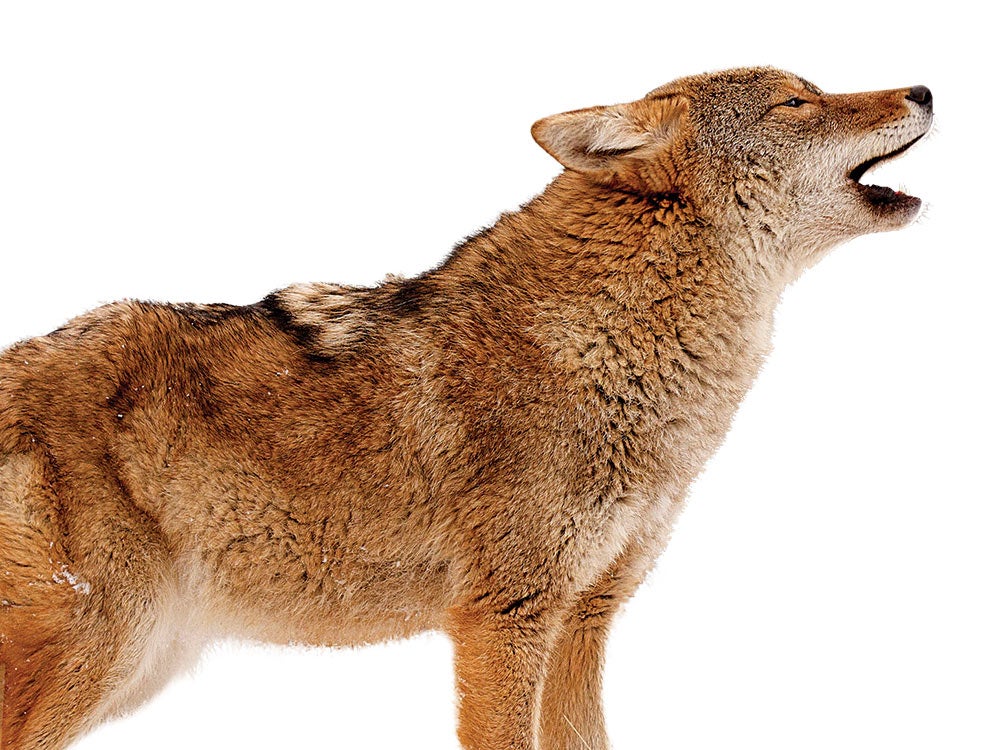 Pointy ears bobbed above the sagebrush, and they were closing fast. My rifle was on the shooting sticks, but I instead reached for the shotgun across my lap. I leveled it on an opening less than 30 yards away, and when the coyote bounded into it, I centered a load of nickel-plated BBs on his head. He dropped in his tracks—and I was able to catch my breath.

Shotguns can make a good backup to a rifle. They have advantages in thick cover, where close shot opportunities disappear fast. But a scattergun isn’t always a backup. In some predator hunting scenarios, rifles aren’t safe—or even legal—to use, making a shotgun the only option.

A coyote that’s been lured to 30 yards is one that’s been fooled completely. If you want to do that consistently on these wary animals, you’ll need to make a few adjustments to your usual rifle-hunting setup.

Most predator hunters set up with the wind in their face to avoid alerting predators upwind of the area they’ll be calling. It’s sound thinking, but most predators swing downwind when they respond to calls. Shotgunners can use this to their advantage.

With a remote-operated electronic caller, setting up with the wind at your back or slightly quartering is smart. You can put the call speaker and a decoy in your best downwind shooting lane and steer an incoming coyote right to the gun—while keeping its focus off you. Many calls have decoys built in, but even a feather tied to a string can help distract predators. This type of setup works especially well at night, because you can lure predators from thick cover into an opening that you can light up with ease. You just need to pull the trigger before a coyote slams into your scent stream.

Hide in the Hills

Shotgun setups need to hide the hunter and screen the decoy from incoming predators. Ideally, you don’t want them to see the source of the sound until they’re in range. Utilize rolling terrain or thick vegetation to force them close before they see the maker of the hidden sound. I like using the ScoutLook Weather app for screening new locations. It lets me see the terrain with topographical overlays. Scent-dispersion graphics and weather forecasts help me tweak last-minute setup decisions.

Be stealthy when hunting thick cover. Park out of sight, keep quiet, and stay behind terrain as much as possible while working toward your setup. And don’t try to get too close to the thickets. Trust in your calls to draw coyotes in from afar.

February is coyote breeding season. Lone howls, estrous whines, and the sounds of coyote spats can be more productive than distress calls (just avoid coyote vocalizations if you’re hoping to lure in foxes or bobcats). Adding a coyote decoy to your setup may even spark a lover to lope into a woodland opening. My usual predator-hunting sidekick is my dog, Sage, a border collie I’ve trained to tease coyotes.

Late in the winter, I like to blend sounds. I open with a lone howl, and then wait 10 minutes to see if a curious loner shows up. Then I switch to prey in distress. If cottontail squalls aren’t doing the job, I might try birds or piglets in distress. With the variety of sounds available on most e-callers, it’s easy to switch things up until you find a sound that works. Short bursts of calling are best, with five- to 10-minute breaks in between. I close with another lone howl. I give each spot a minimum of 30 minutes, but an hour is not too long to wait for a paranoid coyote to pop into range.

Read Next: 8 New Pieces of the Best Predator Hunting Gear

Whether you use buckshot or coyote-specific shotshells, you’ll need to do some patterning with various chokes. Large pellets can be finicky. ­Hornady’s Heavy Magnum Coyote, which is a 3-inch, 11⁄2-ounce lead BB load, shoots best from my Benelli with a factory-­modified tube, but your gun and load might call for an Extra Full. Aim for the head and neck on coyotes. Some shotgun hunters brag about killing coyotes at 75 yards, but in reality, 50 yards is a long shot.