Late-season birds survive by turning into track athletes. But a few tricks will put them on the wing and in your game bag. 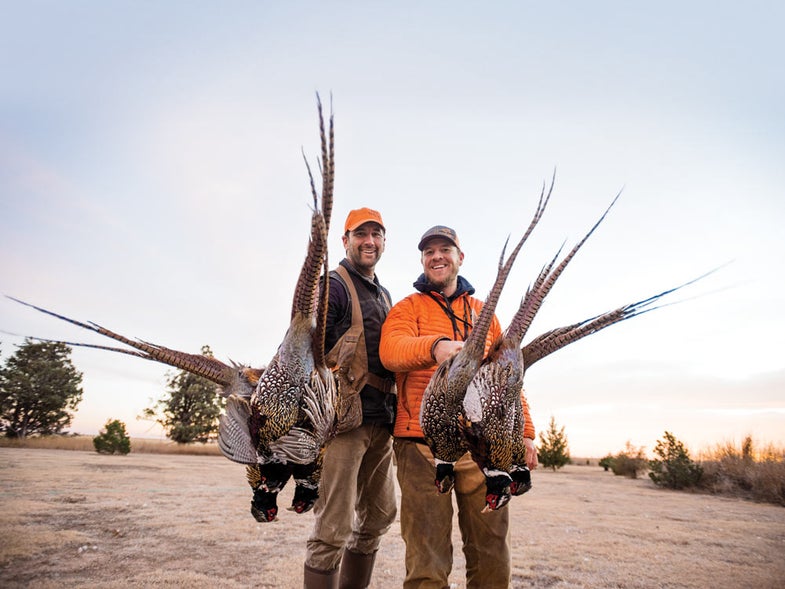 By late season, the dumb pheasants are dead. The survivors have learned that if they run instead of flying, they can evade dogs and hunters. These escape artists often squirt out of cover before you even see them. But South Dakota guide Dennis Foster (dakota pheasantguide.com) has a few tips that will even the playing field and help you put more of these ground-pounders in your bag this year.

Foster doesn’t give wild birds any warning. When he pulls into a field with his hunters, he is ready for a quick strike. The dogs are watered and their collars are on. His clients have shells in their pockets and are ready to grab guns from easily accessed soft cases. Any wasted time is time that the birds will use to start running in the other direction.

Foster relies on high-velocity, heavy loads to drop birds decisively. He particularly favors copper-plated shot because it hits hard. He begins the season with No. 5 shot, but within a couple of weeks he switches to No. 4 shot. By the end of the season—when roosters have grown dense, pellet-stopping plumage—he will use No. 3 shot.

“I have had clients question their shooting ability when their birds didn’t go down, but in reality, they were hitting the birds. Their payload just wasn’t up to the task.”