An Idaho father and his son have arrowed 42 bulls in 36 years. Here's how they do it 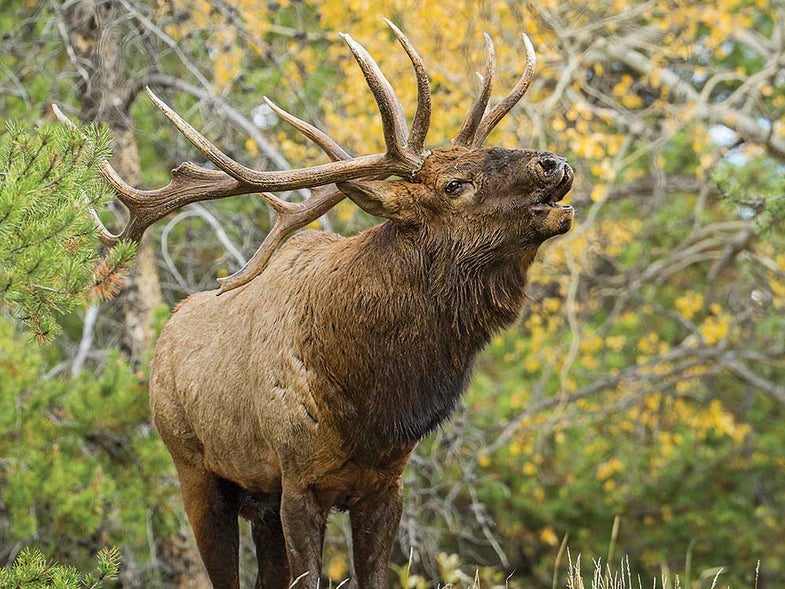 Nine out of 10 bowhunters in the Idaho Panhandle don’t kill an elk in any given year. The country is steep, deep, and brush-choked. But Jim Kane has bowhunted here for 36 years, and has killed 30 bulls. His son Matt is 12 for 14; two of his last three bulls carried more than 300 inches of bone. So what makes the Kanes so successful?

It starts with their attitude—confidence and positivity—that focuses their attention on details and pushes them harder, both physically and mentally, through the big acreages of rough public land where they hunt. “Attitude and mental preparedness are more important than calling skills and experience,” says the elder Kane.

In addition to that mindset (and some friendly family competition), here are seven other things that the Kanes do to help them succeed year after year.

Elk in open country regularly travel miles between food and cover. But elk in Idaho’s Panhandle live in tight jungles of tanglefoot brush—as do elk across much of the Rockies­—and the Kane boys check a couple dozen of these honey holes during the course of the rut. Bulls won’t be in every one every time, but by having a route they check regularly, the Kanes consistently encounter elk.

Rutting bulls are vulnerable because they care about one thing—breeding. Calling to them exploits that vulnerability. You can either call them in to breed or call them in to fight a rival. A bull’s behavior frames your strategy. Both expert callers, the Kanes maintain that most hunters call too much, too often, and too loudly.

“Bugling is a finesse and intensity thing,” Jim says. “You only learn by being among elk and listening to them. The difference between ‘I’m coming over there to kick your butt’ and ‘I’m coming over to visit’ is a subtle but real difference. Master that, and you’ll call in more bulls.”

Other than your bow, the most important equipment to use is a wind checker. You might kill an elk that’s heard or seen you, but if you’re winded, it’s game over—especially in heavy cover, where elk rely on their sense of smell even more than their eyesight. Stay downwind, whatever it takes.

Once you find unsuspecting elk, stay close. Make noise, but only the right kind. Elk are big, noisy animals. Many hunters stomp around and rake branches, imitating the raucous sound of bulls tearing up trees. Jim and Matt do that, too, but you’ll as likely see them plucking leaves off brush, or rubbing grass and brush lightly with their hands, mimicking the subtle sounds of cows and calves feeding. Those natural sounds often lure in curious bulls.

Herd bulls are tough to kill, but the Kanes are gamblers, and they will often risk much to gain much. Because aggressive bugling sometimes repels a mature bull, they adopt a hide-and-hush approach.

“We call those bulls ‘yo-yos.’ They’ll often come in close to challenge you but stay in what we call their safe zone, then return to the herd to check on their girls, then come and challenge again. When he returns to the cows, we slip into his safe zone. We don’t bugle at all. Often, he’ll come back, trying to locate the aggressor he can no longer hear.”

Hunting solo? First, try to position yourself in a way that you prevent head-on or quartering-­forward shots. If you’re caught with a bull staring you down, freeze. Watch his eyes. Expecting to see an elk, he’ll get nervous. When he slowly turns away, draw your bow and blow a cow call. Often he will stop, turn to look back, and present you with a quartering-­away shot. Take it the moment you have it. It is imperative that you be able to cow call with a mouth reed. “Practice so you can draw and shoot accurately in seconds,” says Matt. “Often, that’s all the time you have.”

7. Hunt With a Buddy

Hunting with a skilled calling partner is much more effective than hunting solo, because each partner can concentrate on his specific job. But each member of the team must know where the other is situated. Hunting in northern Idaho’s thick, brushy terrain demands the caller stay close to the shooter—about 30 to 40 yards. The Kane boys regularly lure bulls to within 10 to 15 yards. That proximity demands precision calling. When bulls are close, don’t blow it with a loud cow call. Soft calls seal the deal.