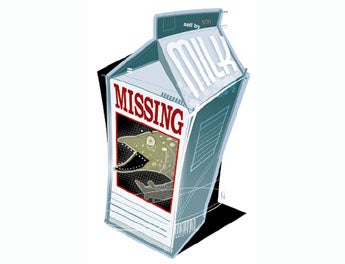 Where did all the northern pike go? That’s the question being asked by the community surrounding Watson Lake, located on the border between British Columbia and the Yukon in Canada.

Before last year, Watson was considered a prime destination for trophy pike. In 2002, according to fisheries officials who spoke with The Associated Press, anglers caught 1,680 pike, keeping 158 of them. Based on those catch statistics, biologists estimated that the lake supported in excess of 20,000 pike. Last summer, however, the catch rate on pike dropped to zero. As in zip, zilch, nada.

“It’s weird,” says Aaron Foos of the Department of the Environment.

Weirder still is the fact that the other game fish Watson is known for-grayling, lake trout, whitefish and burbot-all seem to be doing just fine.

After being alerted to the problem, fisheries officials searched intensively for any indication of pike in the lake. They surveyed shallow spawning grounds, set nets and interviewed anglers. But no pike were found.

In seeking to solve the mystery, Foos said the department looked for signs of contamination from toxic or foreign substances but that so far they haven’t found any. Another aspect of the peculiar situation is that pike seem to have disappeared from the lake that feeds into Watson as well. Sounds like a job for Mulder and Scully.