The events of Jack O'Connor's life. 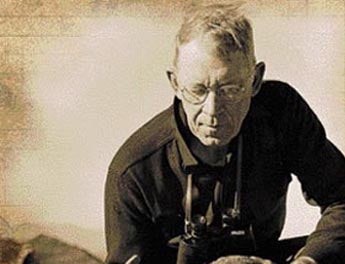 The Life and Writings of Jack O’Connor**
Timeline

1918–Serves with the United States Army’s 158th Infantry at the end of World War I.

1927–Receives an M.A degree in English from the University of Missouri.

1927–Marries Eleanor Bradford Barry. The couple are married for 50 years and have four children.

1930–First book, Conquest: A Novel of the Old West, is published. It is dedicated to his wife, Eleanor.

1939–“Getting the Range” column debuts in Outdoor Life.

1946–Completes his first grand slam on sheep with a Stone sheep taken in British Columbia.

1948— Moves to Lewiston, Idaho which he calls home for the rest of his life.

1955–Embarks on his first shikar in India.

1972— Named Winchester Outdoorsman of the Year.

1974— Inducted into the Hunting Hall of Fame.

1978— Died on January 20 aboard the SS Mariposa while returning from a vacation in Hawaii, two days before his 76th birthday.