Letters from our readers. 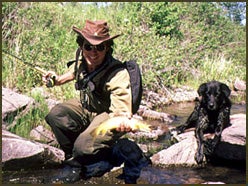 Altered States
As a proponent of size restrictions, I would like to thank you for Frank Miniter’s excellent article, “Big Buck Revolution” (June/July). I only hope that you continue to cover the point-restriction issue in the future. Gary Alt should be an inspiration for state game agencies nationwide.

In the near future, Pennsylvania hunters will be asking themselves, “Why should I pay $3,000 and go out of state to shoot a trophy buck when I have as good a chance of getting one here on my own hunting property?” Gary Alt is doing nothing more than taking the micro-game-management guidelines for a 2,000-acre ranch and expanding them to the state boundaries. Once widely accepted, programs like this will likely put the overpriced trophy ranches in a bind. When mature bucks become more dominant everywhere, who would want to spend that kind of money for a chance at the same buck they could shoot where they are?

Having finished your article on Gary Alt’s antler-restriction proposal, I am still stuck with a few unanswered questions. Why does Pennsylvania need to be a trophy state? My daughter and I were both taught in the required state hunter-safety course that a trophy is in the eyes of the hunter. Now we have Gary Alt and the game commission telling us what is (and isn’t) a trophy.

How is giving Pennsylvania hunters bigger-racked bucks going to save the state deer herd? I can understand saving the forest, but saving the young bucks? Do Pennsylvania state motorists need to have larger deer to have automobile accidents with? And how will these restrictions sell more out-of-state hunting licenses? Your article tells a good story, but not the whole story. Like Gary Alt, it has left a number of questions unanswered.

The Pennsylvania Game Commission states that these new restrictions are a “transitional” step in deer management. I wonder what they will think of next.

**Cheers for Gear **
I had to write to let you know how much I enjoyed the gear tests in your June/July issue. Last year I purchased a rifle based strongly on your recommendations. I have been very happy with that purchase. Hats off to you for being objective regardless of how large and powerful the manufacturer may be.

The Chartmasters
I was extremely impressed with the article by Don Wirth titled “The Soft Touch” (June/July). For the serious fisherman, your chart, from top to bottom, creates an easy-to-use summary. Also, the other weight, hook and jig charts demonstrate your interest in helping anglers sort out what to use and where and when to use it-this is the fisherperson’s challenge.

You guys and gals are “right on.” Keep making those charts! Are rods and reels next?

Decoys Trap Poachers
A question published in Ask the Experts in May suggests that state wildlife agencies make hunters look bad when they use game decoys to “entrap” hunters. Hunters? The minute a “hunter” attempts to take game illegally, he becomes a poacher. Decoys used by wildlife agencies don’t entrap hunters, they just catch the poachers.

Beyond Compare
Upon reading “Dumb and Dumber” (Snap Shots, May), I am utterly disgusted that there are people who would compare tthe horrific loss of human life on Sept. 11 to the butchering of livestock for human consumption. I am not a terrorist but I am a carnivore, and there are many like me.

I suggest that the people named in the article be sent to Lake Victoria in Uganda, Africa, and let them save the man-eating crocs featured in the same Snap Shots (“Rampaging Reptiles”). Maybe they will be truly “appreciated” there for their efforts.

Don’t Blame Gunmakers
Regarding the “Just Jim” sidebar in the April Shooting column, I think everyone would agree that factory rifles would be nicer if they had 3- to 31/2-pound trigger pulls instead of what currently passes for “lawyer-proof” triggers. But I believe there shouldn’t be any legal liability for manufacturers caused by the purchaser’s alterations.