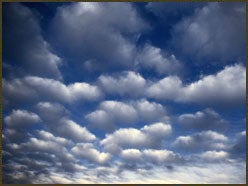 Since Nevada’s first Himalayan snowcock season in 1980, the pursuit of these birds has evolved from a novel idea to North America’s ultimate wing-shooting challenge. Himalayan snowcocks are native to the high mountains of Afghanistan, Pakistan, India and China. Males are large, handsome birds weighing up to eight pounds. Between 1965 and 1979, the Nevada Division of Wildlife released more than 2,000 birds in the mountains of northern Nevada.

Today, there are self-sustaining populations in the Ruby Mountains and East Humboldt Range, with the population estimated at about 1,000 birds. Last year the season ran from September 2 through October 15, with a daily limit of one bird. Most years 100 to 150 hunters harvest 20 to 30 birds.

Going after snowcocks is more akin to sheep hunting than bird hunting. Just getting to where the birds live in the alpine country above 10,000 feet is a challenge. It’s a sport only for the fit.

Hunters can go it alone and hike or horsepack in, or hire a guide who will take you to a base camp on horseback and then show you where the birds are. A resident hunting license is $24. A nonresident one-day upland game and waterfowl license is $16 plus $5 for each consecutive additional day or $111 for the season.