I wanted to shoot my older brother. Okay, maybe I didn’t really want to plug him, but there has to... 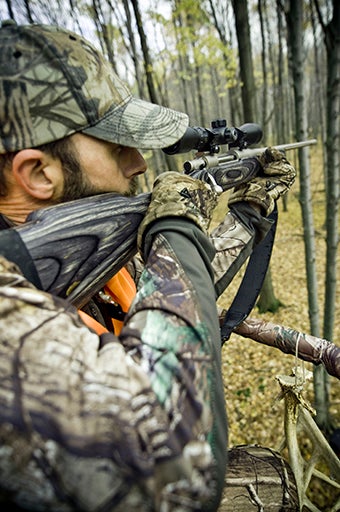 I wanted to shoot my older brother. Okay, maybe I didn’t really want to plug him, but there has to be a punishment for such an intrusion. There I was, seated against a white birch on a rocky embankment, watching where three logging trails came together. The overgrown skid roads were bright with fresh rubs. I had already seen a dozen deer and it was the opener, so I knew anything could happen at any time.

Then I heard this little noise that turned out to be leaves crunching. I gripped my .30/30, but pretty soon I knew it wasn’t a deer. It was Henry, my older brother. He was creeping into my hunting area. He was moving well. Slinking like a cat, really. But his powers of observation needed help. I watched him for about 10 minutes—getting redder in the face all the time. When he finally saw me, he got this expression, sort of like a 3-year-old gets when he’s been caught using crayons on the living room wall. He whispered much too loud, “Did you see a 10-pointer come by here?” I hissed back, “Did you hear a shot?”

We’ve never talked about that little faux pas, and we both got bucks the next day and helped each other drag them out. That was one of the last times we hunted together, and the damned shame of it is I miss him. He’s now a big-time attorney working in one of those glass high-rises in Denver. I still hunt in our old haunts in the East and remember the evenings when we came out of the woods together. He quit hunting, and for a long time he would only flyfish. I finally got fed up with waiting for him to reform and accused him of using catch-and-release as a sort of forgiveness for his predatory behavior as a lawyer.

I must have gotten to him, because he’s bought a wall tent, and now we’re going elk hunting together. Don’t tell him, but I plan to walk right into wherever his elk haven might be, and when he complains, I’ll ask if he saw a 6-point bull pass by.