Before departing for my first guided hunt, in British Columbia, I had a small-brim cowboy hat made at Texas Hatters... 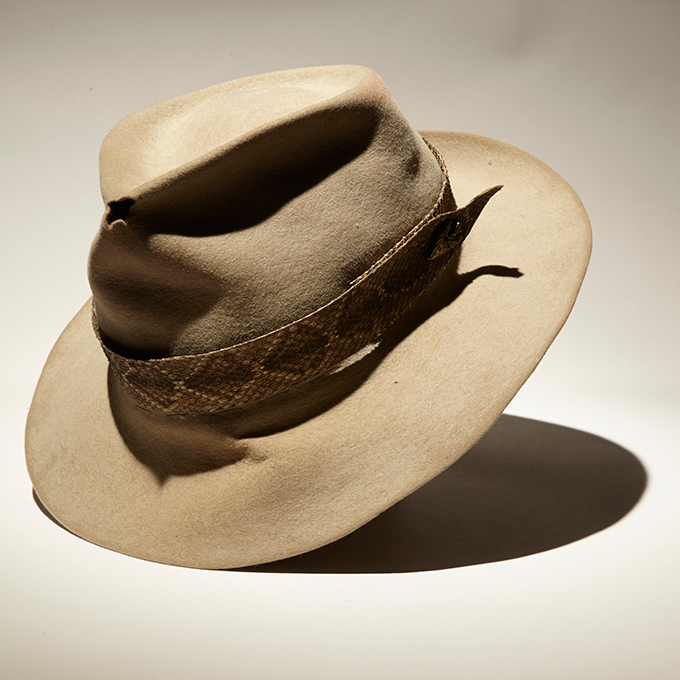 Before departing for my first guided hunt, in British Columbia, I had a small-brim cowboy hat made at Texas Hatters in Buda, Texas. They have made hats for Willie Nelson, Jerry Jeff Walker, and former President George W. Bush, among other famous Texans. At the time, I had no idea what my hunting adventures would turn into. I had been a whitetail hunter and decided I would like to branch out. I wore the hat on that goat hunt, and after taking a nice billy and a B&C Canadian moose, I was hooked, so much so that I set a goal of taking all 28 species of North American big game. I wore that hat on every one of those hunts. After killing my final species last summer just north of the Brooks Range in Alaska, I retired the hat to a place of prominence in my trophy room. It is pretty worn out, but every time I look at it, I remember every one of those hunts and every step I took in the most beautiful, isolated country in North America.