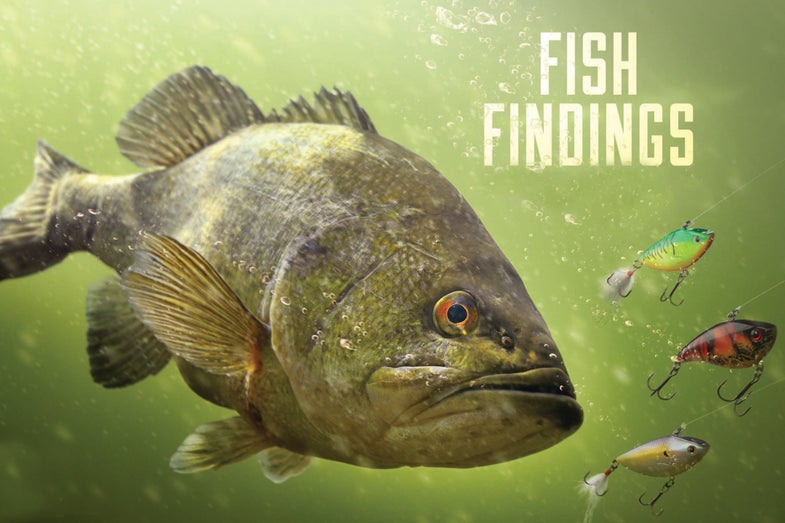 Fisheries scientists typically seek answers to questions that relate to conserving and managing our aquatic resources. While their efforts create better angling opportunities for all, only occasionally do their studies provide information that directly helps anglers catch fish. That’s why the latest in gamefish research is so compelling: These studies will help you put more and bigger fish in the boat this season. But be forewarned: You might have to do a little strategic thinking.

Can Bass Remember Lures?
More than 40 years ago, two studies attributed the declining catch rates of largemouth bass in small ponds to their ability to learn. More recent research has found that fishing quickly affects the trout catch rate, too. However, is it possible for a creature with a brain the size of a No. 22 dry fly to outsmart an angler? A University of Florida study published in 2012 seems to have actually measured the bass learning curve. Graduate students began their investigation by first electro-shocking and tagging 347 bass measuring more than 10 inches. Then they went fishing, plying the waters of a 26-acre lake for 12 days over a four-week period, using only lipless crankbaits and soft stickbaits.

The catch rate with the crankbait quickly fell from 2.5 to 0.5 bass per angler hour after only three days of fishing. The catch rate on the stickbait also declined, but much more slowly—from 1.8 bass per angler hour at the start of the experiment to 1 bass per hour after 12 fishing hours. Not only did the bass appear to learn to avoid capture, but they learned to ignore the stimulus-rich rattling crankbait faster than the subtle and silent stickbait. Yes, fishing gets expensive if you want to keep up with the bass learning curve. 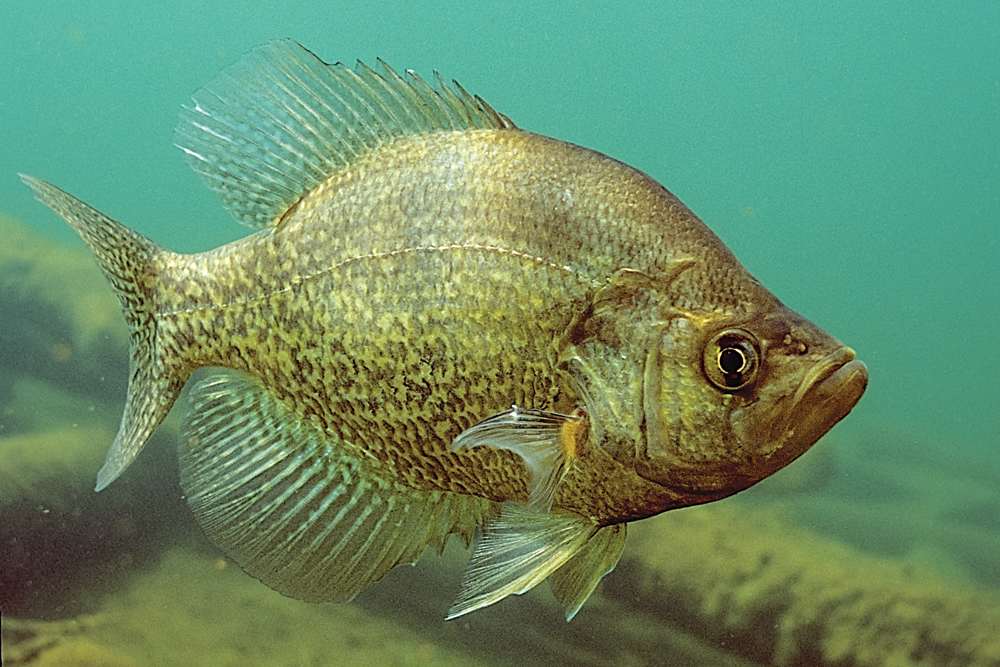 Walleye Wonderlands
Are you more interested in catching big walleyes or a fish box full of keepers? A recent survey of 1,600 walleye anglers conducted by University of Minnesota researchers found that lakes with liberal creel limits, especially for 16- to 20-inch fish, were the most desirable fishing destinations. Regulations designed to create opportunities to catch larger fish—two-fish and slot limits or catch-and-release-only waters—discouraged walleye anglers. Therefore, for big fish, find lakes that have highly restrictive harvest regulations. These regulations tend to reduce fishing effort, too, so you won’t have to share the water with the masses.

To further narrow your search for walleye nirvana, follow the forage. Yellow perch are a diet staple for walleyes in most northern lakes. Researchers at Laurentian University in Ontario found that walleyes achieve good growth rates when young perch are abundant, but switch to low-energy invertebrates when perch are scarce. If you are looking for trophy walleyes, go to the Columbia River or the Great Lakes. But if upper Midwest and Canadian lakes are a more likely destination, find those with ciscoes (tulibee), a species of whitefish. Ciscoes are a high-energy food, and walleyes in lakes with them grow faster and larger. The exception would be the relatively few lakes where the slender, energy-rich ciscoes are too large for the walleyes to eat. Ask local biologists which lakes have ciscoes, and then select those where average cisco length is less than 12 inches.

There is a downside to the cisco connection, however. After you find the right lake, catching walleyes may be tough—they feed less frequently here than in lakes with smaller, lower-energy foods. You will also need to adjust your fishing patterns to match the behavior of ciscoes, which prefer cold water and have a fall-shoreward spawning migration.

Top Trout Territories
Anglers can predict much about the quality of trout fishing by viewing aerial imagery read- ily available on the Web. In a Maryland study, for example, brook trout occurrences at a stream site were best predicted by the amount of forested watershed—the more forest there was, the more likely the brook trout would survive. Brook- ies were absent from stream reaches where more than 4 percent of the watershed was made up of impervious surfaces—paved areas and buildings. When cities grow, forests go, and the brook trout go with them.

In the Appalachian Mountains of North Carolina, brook trout and rainbow trout were more abundant in streams flowing through old-growth forests that contained more woody material.

Trout Country: Brushy buffer zones between land and stream are critical to flourishing populations of trout over much of their range.

In California, it was determined that grazing reduced riparian cover and destabilized stream banks. By simply excluding grazing and allowing riparian regrowth, streams returned to a narrower and deeper condition with more large woody material—streamside forest that benefited steelhead. Similar advantages to controlling grazing have been found for golden trout in California, cutthroat trout in Wyoming, and other stream-dwelling trout throughout the West, where livestock grazing has altered the riparian zone.

Thus, look for streams with well-vegetated riparian zones, the denser and wider the better. Fine-tune your assessment of a water’s trout potential with a windshield survey—without ever wetting a fly.

Sheer Lunacy
Results of a joint study by the U.S. Geological Survey and the U.S. Environmental Protection Agency of 342,000 muskie catches found that most fish were taken during full- and new-moon periods. But here’s the caveat: Fishing effort was also greater during the full and new moons, and catch-per-angler- hour did not reveal a significant lunar effect. Published last May, this detailed analysis revealed that among all lakes and catches analyzed, anglers who fished the moon experienced a 5 percent increase in catch rate. Put another way, the fish of 10,000 casts becomes the fish of about 9,500 casts.

Many bass anglers often chase the moon-bite, too. However, records at fish hatcheries provide no evidence to support the belief that bass spawn during any particular phase of the moon. At Mississippi’s new state-of-the-art fish hatchery, for example, 80 percent of bass spawning in 2013 and 2014 occurred midway between the full and new moon.

What about catching trophy bass? Although many bass anglers swear by moonphase fishing, a comparison of lunar cycles with catch submissions of bass 13 pounds and larger in the Texas Share-Lunker Program last year found no relationship whatsoever. 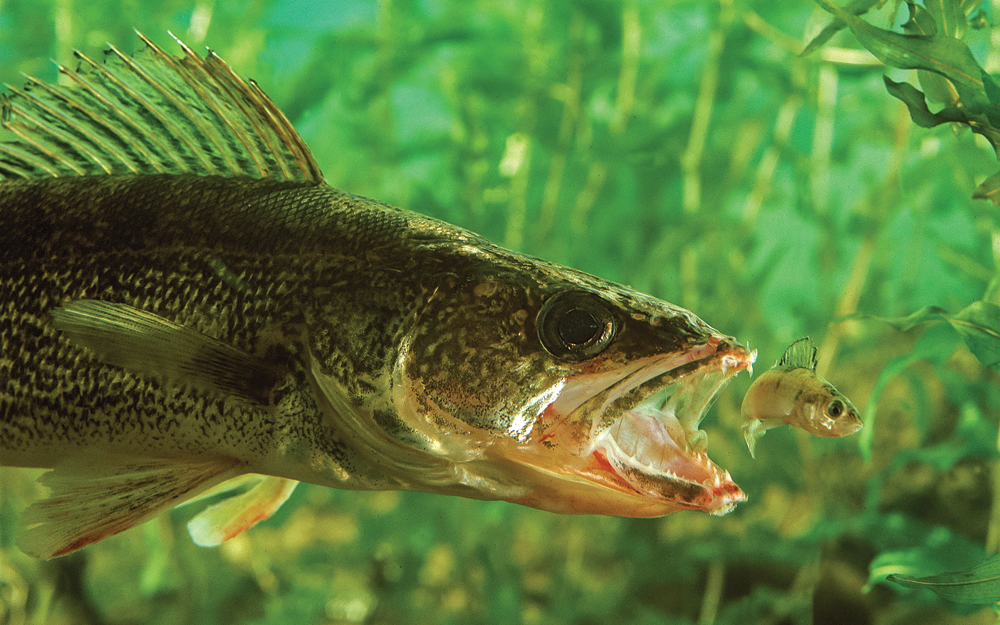 Snack Attack: Although walleyes achieve good growth rates in lakes where yellow perch are abundant, studies indicate that ciscoes are the true trophy-building forage base.

Whack ‘Em in Wood
New reservoirs that are rich in fish-attracting structure provide great angling opportunities. But as the habitat deteriorates and woody vegetation decomposes, locating fish becomes a challenge. In many states, management agencies, individual anglers, and fishing clubs have responded by adding cover. These efforts are extremely labor intensive, so fisheries agencies continually assess the value of artificially adding habitat to guide future efforts.

In Table Rock Lake, for example, Missouri Department of Conservation biologists used scuba divers to assess the summertime use of enhanced cover. Researchers discovered that adult bass used structure but were more abundant among hardwood treetops and stumps than in areas of rocks and concrete rubble or clusters of cedar and Christmas trees. Depth had only a small effect on use, and habitat placed below the thermocline was not used at all.

In Striker Reservoir, Texas Parks and Wildlife Department biologists compared the use of different sizes and shapes of sunken Christmas trees. Large bass were more likely to use the cover in the spring and preferred larger chunks of habitat (20 trees versus five) arranged in a circular cluster pattern rather than in a linear pattern. Bluegill abundance was greater in small, cluster-shaped patches of trees in the fall.

If all of this seems confusing, that’s because it is. At least a dozen other studies on individual lakes have come to equally perplexing conclusions. Any addition of structure attracts and concentrates fish, but anglers care about catchable fish. A few generalizations emerge from these and other studies when the question is the effect of man-placed structures on the abundance of larger fish:

So look for large wood structures for bigger fish, but also probe around it to target fish moving in and out of it.

Fish Sci-Fi
Finally, consider this pair of tantalizing findings that continue to be studied and will someday affect the way you fish.

Louisiana State University scientist John Caprio and colleagues at Kagoshima University in Japan discovered that sea catfish can detect tiny changes in pH. When animals breathe, they release carbon dioxide that, in water, creates acid conditions. The catfish use the change in pH to locate food hidden in the sediment. Might injecting carbon dioxide into the water someday be used to catch more fish?

There are approximately 25,000 species of fish. A little more than 700 of them are known to produce sound. These include some popular sport fishes in the trout and salmon, catfish, drum, and snapper families. If biologists can use sound to locate spawning areas of red drum, anglers can, too. Don’t be surprised if your next boat comes outfitted with a multi-frequency hydrophone to locate fish and determine their motivations. 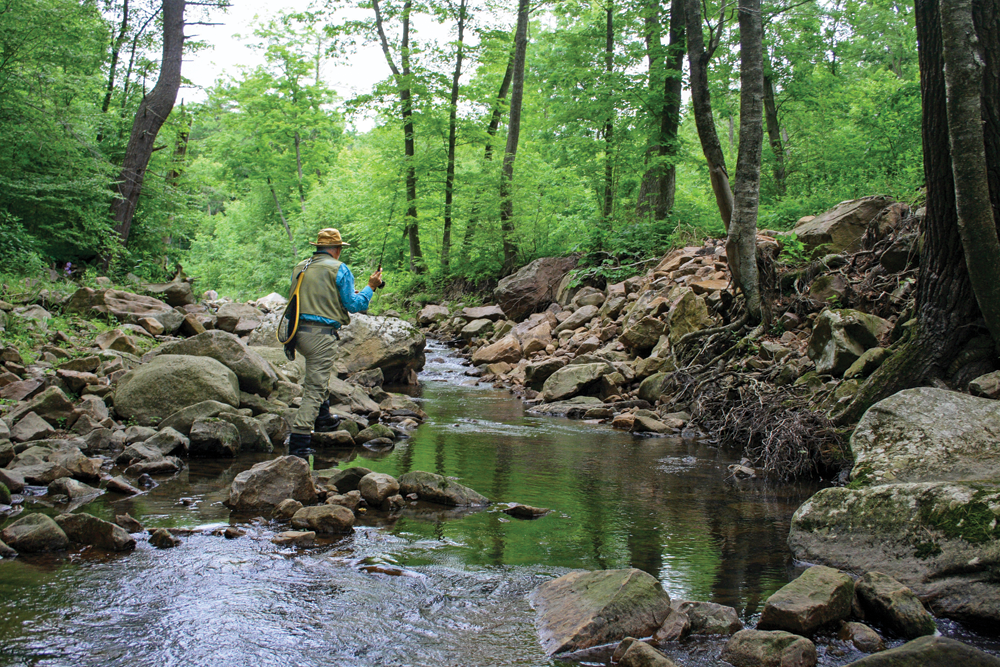 Find Your Next Hot Spot
Small impoundments, such as farm ponds and state-managed lakes of fewer than 1,000 acres, can provide some exceptional angling. But how do you identify the best bodies of water?

Some recent research conducted by Missouri biologists may help you finally find a hotspot. Based on fish population assessments in small Midwestern impoundments ranging from 5 to 1,000 acres, we know that:

Largemouth bass are most abundant in clear-water lakes with lots of sunfish. Look for big bass in lakes with few small bass, plentiful bluegills, and shad.

Crappies will be most plentiful in more turbid lakes with shad, but look for big crappies in larger lakes with abundant bass and few crappies and bluegills.

That’s all nice to know, but where do you get this information? Try your fellow fishermen. If you want to catch big bass, go where anglers are complaining about catching small sunfish. If you want to catch big bluegills, go where anglers are whining about a lot of small bass. For big crappies, fish lakes with shad and lots of small bass.