Tailor your hunting to the drought conditions. 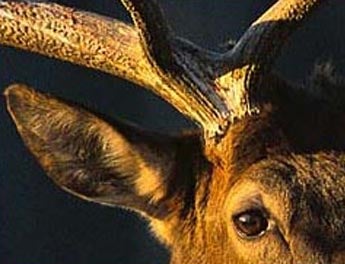 Water, Water Nowhere Tailor your hunting to the drought conditions | By Andrew McKean If droughts bring anything other than grief to a landscape and suffering to its contents, they bring inequity. While most areas of the West have been parched to powder, some spots have remained relatively moist this summer. Some regions have been infernos of blazing forests and grasslands; others are oases in comparison.

After five dry years the West is certainly thirsty for relief. It’s tempting to badmouth the weather, but you’ll have less anxiety and more action if you accept the conditions and use them to your advantage during fall hunts. To paraphrase a well-known slogan: Think globally and hunt locally. Many reservoirs and most high-country streams and springs are dry. The big picture tells you that game distributions have shifted to available water, but many hunters are seduced by easy access or bound by tradition to certain areas, generally on public land that’s popcorn-dry this year. They’ll be the ones cursing the drought and the game agencies for ruining their hunt. You’ll be mobile, seeking out north-slope seeps and stock dams and hunting lower elevations, especially near irrigated agriculture.

If you’re planning a back-country hunt, scan long-range weather forecasts and contact land-management agencies about fire restrictions. Wildfires will move fast and hot if they get started, and National Forest and BLM ground can close on short notice.

Archery antelope hunters are already programmed to respond to drought. Their hunts are typically on arid plains, and they know that water holes mean success. Adopt the same strategy if you hunt elk with a bow. Set up a blind near a water hole. Bring a decoy. Watch the wind. Learn the daily route to and from water sources, then find the best ambush spot. You might have to sit in a tree stand or a ground blind all day, but where there’s water, eventually there’s action.

Elk Numbers Are Up
There should be plenty of elk action in the West this year. Colorado estimates its herd at more than 270,000 and has issued a record 147,000 antlerless and either-sex tags for this fall’s hunts. The archery deer and elk season began August 28 west of Interstate 15, and productive dry-season spots include North Park, the aspen-clad crest of Grand Mesa and lower elevations in the Montrose area.

Nevada, with little habitat that’s not withered, boasts a record 9,500 elk, permits for which are distributed in a lottery. Montana’s elk population is so high in many central and southwestern units that hunters can buy a second elk tag over the counter. The license is valid for antlerless elk in more than a dozen units around Great Falls where public access is tight. In Wyoming’s elk-rich northwestern corner around Jackson and Pinedale, where public land abounds, biologists estimate the elk population at about 33,000.

Elk should be visible, since bulls will be bugling and cows and spikes will be moving in herds.

Target Rivers
Finding water is also crucial to finding fish, but this is a poor time to point anglers to Western reservoirs. Big-river impoundments are at a fraction of their capacity.

They’re better off hitting rivers. This is a great month for 4-pound smallmouth bass on the Grande Ronde and John Day in Oregon, for early steelhead on the Clearwater in Idaho and the lower Columbia below Bonneville Dam. You can fish for kokanee salmon in the Tobacco River near Eureka, Mont., or the Gunnison River in Colorado. Slip live minnows to flathead catfish below the Dave Johnson Power Plant in Wyoming’s North Platte River and Arizona’s Colorado River near Parker.

They’re called October caddis flies, but the auburn-colored bugs actually hatch a month earlier. Look for the insects, along with big grasshopper imitations, to dominate dry-fly fishing on freestone streams like Rocck Creek and the Blackfoot in Montana, the Snake and Laramie in Wyoming, Idaho’s Henrys Fork and the Green River below Utah’s Flaming Gorge Dam.

As long as precipitation and soil-moisture maps of the West continue to show more red and orange than green, you can’t go wrong seeking whatever water is available. It might be more brown and warm than blue and cool, but it will be a magnet for both wild things and successful sportsmen.