What we remember most about hunting and fishing is not the chase, but those unexpected moments of experiencing nature in all its primal glory. 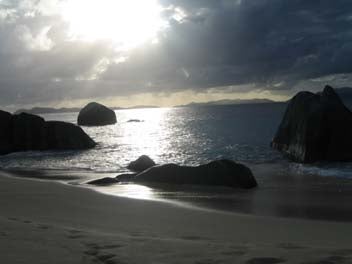 “We’re hooked,” a fisherman in our party moaned. “I only hope we can survive the night.”

We were drifting in a far northern corner of Reindeer Lake, a 100-mile-long stretch of water that borders on Saskatchewan Lake and the Northwest Territories. Since early morning we had fished out of an isolated camp, giving little thought to the time. Now, with darkness seeping into this corner of the earth, our supply of motor fuel was almost exhausted and no one back in camp knew exactly where we were. “You’re so darned smart,” my boatmate growled. “Tell me what to do.” Two boats carried our party of six, including our two Native American guides. “I really don’t see any problem,” I replied. “We have enough gasoline for one of the guides to reach camp in an empty boat. He can bring back two full tanks in the morning and we can fish our way back to camp.”

My fishing buddies were skeptical. “Where will we sleep?” one asked. “On one of the islands,” I replied. “On the rocks?” “The moss is a foot deep and softer than your mattress at home,” I said. “The mosquitoes will eat us alive,” he countered. “The wind is strong off the lake,” I noted. “Besides, no mosquito from the mainland is going to buck it for half a mile, no matter how good you taste.”

“How about food?” “We have frying pans, cooking oil left from lunch, potatoes and bread. And we’ve been catching a fish on almost every cast.” “What if it rains?” “We’ll pull the boat ashore, turn it over and sleep under it.” Reluctantly, they agreed. We poured our gasoline into one tank, and a guide took off for the main camp.

We built a fire and stirred up a delicious meal of fried fish, potatoes and canned beans. We were just getting ready to stretch out on our sphagnum beds when the heavens erupted with a brilliant display of fireworks. I have often seen the northern lights, but this was the most colorful demonstration of flashes, streamers and lingering glows I had ever witnessed. My companions were as spellbound as I. The show continued through most of the night and no one thought of sleep. Over the years I visited Reindeer Lake many times. It was relatively unknown then, but no one could wish for better fishing water.

We caught trout, walleyes and pike until our arms ached. I don’t remember any single day or a particular fish I hooked there, but every detail of that night on the moss-covered island is as vivid in my mind as though it happened last night. Regardless of what success we might have with a rod or gun, most of us treasure and long remember such times as that night on Reindeer Lake.

After a lifetime of taking almost every game and fish species in the Western Hemisphere (and writing about them), I have become aware that the real outdoor values do not depend on the drama of your conflict or the danger in acquiring a trophy. They’re found in the priceless moments you don’t anticipate or expect, when nature shows her unbridled force.

For me some of those special moments have occurred on trout streams. On remote waters I am always aware of the hillsides on each side of the pools and runs I’m fishing. If there is a possibility of inclement weather, I keep one eye peeled for rocky outcroppings or overhangs that might offer protection. In the warm months such storms happen more quickly than an infrequent angler might suspect. The wind ahead of such weather is a warning and usually thunder rumbles in the distance. When dark clouds sweep above the rim of the mountain world, I leave the stream and climb to my protective overhang, where I can wait until the storm blows past. From this safe shelter I am out of the tempest and yet a part of it. Jagged bolts reach from the heavens to blast the highest points and tallest trees.

A a billion atoms shake the earth and roll away to echo in the distance. Trees bow before a wall of wind and heavy downpours rip at the forest leaves, blotting out the mountains and sky. These are spectacular moments, to be remembered long after the pleasure you find in hooking, landing and releasing a cagey rainbow trout. I once made a six-week pack-saddle safari into the high country of Wyoming. On this trek into the roadless land that abuts Yellowstone National Park, we fished on both sides of the Continental Divide and I wrote a story for Outdoor Life about catching five and a half kinds of trout. (The “half” fish was the Yellowstone trout, a close relative of the cutthroat.)

This was an unforgettable summer experience that included some of the finest mountain stream fishing of my life. I can’t remember the details of a single trout I hooked, but I’ll never forget the one night we spent at the crest of Buffalo Plateau in the Continental Divide. During the afternoon that day our packstring had taken a shortcut down one of the canyons to the head of Buffalo Creek. After an hour or more of riding we found the canyon trail blocked by a tremendous rockslide.

There was no way over or around it, so we had to retrace our steps and take another trail that would carry us over Buffalo Plateau to the Yellowstone Trail and then down into the headwaters of Buffalo Creek. Buffalo Plateau is a treeless scrap of ground far above the timberline. Even in late summer its stark real estate continues to hold patches of snow and ice. The route along its crest is vague, and at that altitude we had to work our way slowly. When we came to the Yellowstone Trail, darkness was almost upon us. Our guide knew of an ample spring just under the crest of the mountain, so we stopped there rather than try to find our way down the steep slope in the dark. We unloaded and hobbled the horses, threw our sleeping bags on the ground and built a small fire for coffee.

There was no moon, but the incredible blanket of stars shed so much light that everything around us was plainly visible. I have nothing but vast pity for those who have never seen the stars as we saw them that night. We spend our lives in lower elevations that stay wrapped in haze and glare and dirty pollution. And the few scattered larger stars we observe are less than impressive. At other times in the high country, I have lived close to the stars, but no night was ever more magnificent than that on Buffalo Plateau.

As tired as I was from the long days behind us, I lay awake spellbound by the beauty, feeling the pulse and presence of the universe and the vast peacefulness of eternity. My companions were nearby, but that night was mine. My only wish is that I could have shared it with the ages. That day and night was just one of many that I spent out on top of the world.

Not until years later, however, did I realize that my most indelible moments of wild sheep hunting did not center on an intelligent stalk or an accurate rifle shot. If I could be blessed with any favorite Garden of the Gods, it would be an alpine region in the stratosphere, towering over the haunts of man. I am fascinated by those virgin untrammeled heights with moods that swing from peacefulness and beauty to raging violence.

This is a land of complete contrasts, with wildflower gardens crowded against snowbanks and sweet, cold water flowing from beneath glaciers. It lives far above where a tree will grow, with sparse vegetation and creatures that have adapted themselves to their alpine world. My reason for being there is to match wits with a bighorn ram, but this is only part of its value. I am sure I shall always be dedicated to the necessity to hunt and fish. There is great satisfaction in taking a wise old gobbler, in the skill required to see two bobwhites crossing in a pattern and putting both to earth with a single shell, in the woodsmanship necessary to put your sights on the herd bull elk with its magnificent trophy.

Those have been the basics since man’s spear and arrow days. They are why a man most often seeks the distant regions, exposes himself to brutal elements and challenges the unknown. And this is where he often finds the unexpected moments of beauty, tranquility and understanding of his relationship with the good earth.

Charles Elliott was an OL Field Editor from 1951 until his death in 2000. This story is from an unpublished manuscript.