Faces in the Field: Todd Lester 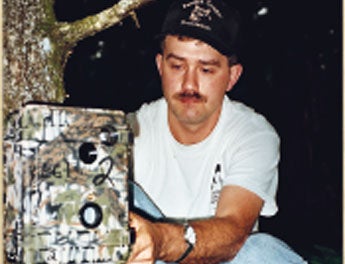 If you’re one man looking for a needle in a haystack the size of Mt. Everest, where do you start your search? That’s the problem confronting Todd Lester, a West Virginia man who spends his summers combing the 909,000-acre Monongahela National Forest in search of cougars-animals whose presence is widely accepted among residents of the southern Appalachians but is denied by most wildlife scientists in the eastern United States.

Lester, founder of the Eastern Cougar Foundation, is the only active researcher attempting to document the presence of wild cougars in the East by going out in the field and looking for them. The 38-year-old coal miner uses trail cameras to stake out 25-square-mile tracts of the Monongahela. He leaves the cameras posted on game trails and returns a month later to check the film. So far, Lester is striking out. Last year his cameras captured the images of 639 whitetail deer, 216 black bears, 40 coyotes, 20 bobcats and assorted smaller animals, wild turkeys and ruffed grouse-but no cougars.

Although his quest formally began in 2003 when he started combing the Monongahela for evidence of the cats, it figuratively started on a rainy November morning 20 years earlier, when Lester saw what he thought was a cougar.

“We just looked at each other for several seconds,” Lester recalls. “Then the cougar disappeared into the woods.”

Today, Lester’s hunt continues. Where others might have abandoned the cause long ago due to lack of evidence or the immensity of the undertaking, he says he won’t give up until he proves his point and satisfies himself that the animal he saw on a rain-slick logging road in 1983 was more than just a mountain folk tale.