“Game Boy” Made Me Do It

Anti-gunners blame the video game, not the criminal. 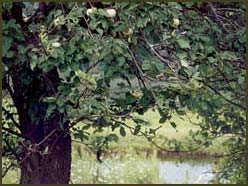 Plaintiff lawyers have not fared well in the various liability suits against gunmakers. In August, the California Supreme Court ruled that a gun manufacturer was not accountable for the use of one of its handguns in a shooting in a San Francisco skyscraper. Similar suits have been tossed out of court across the country as judges reaffirm the obvious: In the United States, it is not against the law to make and sell firearms; it is against the law to commit crimes with them.

Now a federal court in Denver is considering whether or not it is illegal to make and distribute video games in which victims are attacked with firearms. In late August, the families of some of the victims killed in the 1999 Columbine High School shooting filed a $5 billion suit against companies involved in the manufacture or distribution of the popular video game Doom. The rationale: Following the Columbine rampage, investigators found a videotape in the home of one of the shooters that showed him holding a sawed-off shotgun he called “Arlene,” named after one of the central characters in Doom.

This kind of video-game lawsuit isn’t new. After the shooting deaths of three students at Heath High School in Paducah, Ky., in 1997, a similar suit was filed. A judge, who ruled that video games are not subject to product liability laws, dismissed the case.