There’s no disputing the fact that an Alberta mule deer buck killed in 1926 by Ed Broder is the current... 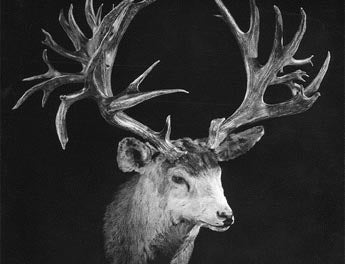 There’s no disputing the fact that an Alberta mule deer buck killed in 1926 by Ed Broder is the current non-typical world record for that species. The eye-popping rack scores 3552/8 on the Boone and Crockett Club (B&C;) scale. As of early May, however, there was a big question about who owned the rack and where it was.

Ed Broder kept the rack throughout his life but died in 1968 without leaving a will and without indicating which of his heirs would inherit the rack. It has since become the focal point of a dispute that pits six of his children against their brother, who refused to relinquish the rack after gaining possession of it in 1973. Don Broder, 75, of Sundre, Alberta, landed in jail in April after he rebuffed a judge’s command to surrender the rack.

Don’s oldest son, Craig Broder, says his father acquired the rack when the family divided his grandparents’ possessions. In 1997, his father’s three brothers and three sisters sought to have the rack established as part of the family estate. The six Broder siblings wanted to sell the rack and distribute the money among the heirs, says Craig. George Broder, the oldest, claims that his younger brother Don originally took the rack from the Broder family home without the consent of other family members. In a ruling this March, the court found that the rack was the property of all of Ed Broder’s heirs.

Don Broder’s refusal to produce the rack, or even divulge its location, led to his incarceration. Another of his sons, Jeff, told the Calgary Herald that his father had the rack “stashed in a secret location” because he had promised Ed Broder he wouldn’t sell it.

In a curious twist, a trophy buyer for sporting goods catalog giant Cabela’s says the rack has already been sold to a purchaser in the United States for an undisclosed amount. Mark Dowse, Cabela’s taxidermy purchasing specialist, says he has discussed buying the Broder rack from the man, whom he declined to identify. Cabela’s displays trophy racks at its retail stores around the country.

Ed Broder shot the record-book buck on a cold November day while hunting near Chip Lake, Alberta. He trailed it through freshly fallen snow, then killed it with a neck shot at 100 yards with his lever-action rifle chambered for the .32 Winchester Special. According to his recollections, published in the 11th edition of the Boone and Crockett Club’s Records of North American Big Game (1999), Broder remembered thinking “What a rack that one’s got.”