You don’t have to be a rocket scientist to know that Florida-strain largemouths grow big and are hard to catch.... 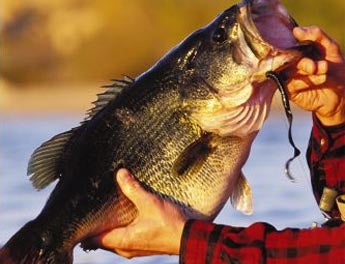 You don’t have to be a rocket scientist to know that Florida-strain largemouths grow big and are hard to catch. But you might need to be one to wrap your gray matter around research that says the Florida bass is no strain at all, but a new, distinct species.

Nine geneticists from universities and state conservation agencies around the country recently published their research in the book Black Bass: Ecology, Conservation and Management. Using biochemical analysis, the team essentially took DNA fingerprints of nearly all the known black bass species and presumed subspecies and created a map that shows the distance of relation among them.

The study’s most significant finding states in effect that the largemouth bass is to Florida bass what a rainbow trout is to a cutthroat trout: a similar but distinct and even distant relative.

But one study doesn’t make it law in the scientific world, and not everyone agrees with the research. “The research has validity, but the jury is still out,” explains Wes Porak, a fish biologist with the Florida Fish and Wildlife Commission. Of course, the commission Porak works for already recognizes the difference between the two bass species and has a policy in place to stock only Florida bass in that state.

Porak says that while no scientist would argue that the two basses are not subspecies, accepting Florida bass as a distinct species altogether will be extremely controversial. To say the least. If the new Florida bass species designation becomes widely accepted, the implications for George Perry’s 22-pound 4-ounce world-record bass, caught in 1932, could get complicated.

Doug Blodgett, the World Records Administrator for the International Game Fish Association, says “a bass is a bass. It’s all largemouth bass; we don’t go to the subspecies level.”

As for the existing records, “all the current major records are Florida strains,” Blodgett says. But no one knows for sure about the Perry bass. Taken in a Georgia oxbow lake, it was within the range of both the Florida bass and the largemouth bass and could possibly have been a hybrid.

The IGFA might be faced with difficult decisions if and when the Florida bass is designated a new species.

As for the Perry bass, Blodgett says the IGFA would have a few options. “We could keep it, retire it or give it special recognition. When it happens, it happens.”