A defenseless crayfish may be better than the real thing. 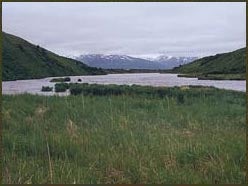 You couldn’t ask for a more convincing lure. The soft-plastic crayfish bumping along the bottom of the enormous fish tank is a dead ringer for the real thing-right down to the antennae, walking legs, beady little eyes and crusher claws raised in a defensive posture. Several captive bass eyeball the thing, showing plenty of interest, but they’re not yet responding in earnest. The lure jumps, crawls, stops. Two fish hang back, but one largemouth begins tracking the enticing artificial. Twitch, twitch. Come on….One more hop and-wham-he nails it on the drop. Good presentation, good bait, hungry fish-a strike should happen.

“Sure, they’ll eat it,” says Keith Jones, “but they’ll eat this better.” He picks up an exact duplicate lure and, taking its head between his thumb and forefinger, decapitates it. “Or this….” Another lure. The head is left on but Jones rips off the legs. “Either of these gets eaten better than the original,” he says.

I know what the secret is: It’s the claws. They’ve got to be the triggering factor. Somewhere I’ve read about “releasers”-a color, a shape, whatever-some factor that’s vital in turning follows into strikes.

“Wrong,” says Jones when I tell him my releaser theory. “As a matter of fact, you could turn the lure into something even more attractive to the fish with more mutilation.”

That’s No Crawdad
Dr. Keith Jones has been at it again. A lengthy study by the animal behaviorist and his team at the Outdoor Technologies Group (OTG) reveals what bass want in a crayfish lure. And it’s no crayfish as we know it.

During a recent interview at the OTG laboratory, Dr. Jones agreed to share with outdoor life readers some of the surprising results of his live-bait research:

Jerry Gibbs: Based on your research, you say crayfish claws aren’t a “clue” for the fish. Yet what else identifies an object as a crayfish to bass?

Dr. Keith Jones: These fish didn’t know that an object looked like a crayfish, never having seen one. (The hundreds of bass used in the OTG study were farm-raised, pellet-fed fish; the sight of a lure swimming along the bottom was new to them). I can see that with experience, claws might become a telltale sign to the fish. I can also see that the claws could easily become a negative clue. Crayfish use their pincers quite effectively as a defense mechanism. If a bass experienced damage from those pincers, it’s likely to remember that as an unsavory moment. So, given a choice, I’m not sure he wouldn’t pick the clawless crayfish lure.

JG: So, which mutilation of the crayfish lure did the inexperienced bass like?

KJ: The absolute worst response was to this. (Jones twists the body off one lure. Claws, head, legs and thorax are left. The remaining silhouette is a sort of lump of appendages.) The intact lure as it comes off the shelf did only slightly better than this.

A legless lure with only head and claws, and a headless lure with claws and legs each gave about the same response, one that was somewhat better than the whole lure. Second best was a clawless lure with head and legs. What the bass wanted most was no head, no claws, no legs.

JG: That’s no crawdad. It’s just a grub with a little fan tail.

KJ: Precisely. What the fish want is a simple, straight, cylindrical body.

JG: Doesn’t that run counter to the conventional thinking, which says that bass key on “movement”? Don’t you think wiggling appendages on a lure or real crayfish-the legs, antenna and even claws-can be attractors by virtue of their movement?

KJ: If the fish doesn’t associate any negative experiences with them, apppendages could gradually become a positive stimulus. But as our fish show, the appendages need not be there. In fact, they’re viewed as something that just gets in the way. The fish really don’t want them there.

**JG: **I know of an incident where an angler was bumping the bottom with a crankbait in the shallows, working bass he knew were there. Not a strike. So he cut the claws from a soft crayfish lure, superglued them to his crankbait’s sides and caught fish. How do you explain that?

KJ: There are plenty of potential factors at play that could account for his success. He changed the perceptible size of the lure and he threw in a novel action, among other things. His observation is valid that it would make a difference, but why it made a difference is the question.

We think that a bass’s vision is worse than ours, based on work done on various other centrarchids (sunfish) such as bluegills. In those tests, visual acuity was measured by holding two dots some distance away and seeing how close you can bring them together before they’re viewed as one dot. The dots are placed along the outside of a circle and separation is expressed in arc degrees. The fewer arc degrees of separation needed to distinguish two dots, the more acute the vision. Sunfish need 14 arc degrees of separation. Tuna need only five degrees. But humans can differentiate at only one degree of separation.

Hold your finger up, shut one eye and bring your finger closer until it’s somewhat out of focus. That’s what I suspect a largemouth bass would see-in terms of acuity.

** JG:** If that’s true, are the fine-finish details on lures for the fisherman’s benefit and not the fish’s?

KJ: We’re currently expanding our studies of the “cylinder” lures to see what happens when you throw in things like segmentation and tiny fringe legs. Does a bass care? Or will it prefer the plain, straight cylinder? I’m suspicious that the bass’s visual system isn’t refined enough for the fish to take much notice of these things. But at the moment all I can say is I don’t know.