Take a look at some of the great columns our Fishing writer has written over the years. 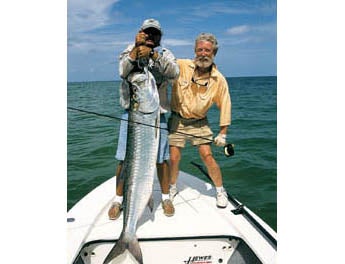 One of the nation’s most recognized sportfishing authorities, Jerry Gibbs has been Fishing Editor for **Outdoor Life **magazine since 1973. Gibbs has authored or co-authored many angling books, was sportfishing contributor to the Encyclopedia Britannica and is a consultant to the fishing tackle industry. His writings have won top honors from the Outdoor Writers Association of America and he has received awards for excellence in craft and service in the field of sportfishing from the U.S. tackle industry.

He has appeared on nationally televised sportfishing programs, produced a series of regularly running tips for the Outdoor Life Network, slide lectured for national sportfishing consumer shows and conservation organizations as well as presenting position papers for Federal fisheries agencies and state and wildlife agencies. Gibbs was inducted into the Fresh Water Fishing Hall of Fame as Legendary Angle, which was quickly followed by Hall Enshrinement, the organization’s highest honor. Gibbs brings a wealth of first-hand salt and fresh water sportfishing experience to Outdoor Life readers, having fished across the U.S. and Canada, in Europe, the Caribbean, Central and South America, Russia, New Zealand and Australia. He makes his home on the Maine coast.

Below are some of his fishing columns that have appeared in Outdoor Life.

A New Way to Add Weight

The Return of Runt Rods

Fishing in the ‘Hood”