It's time for Congress to fix what politicians broke. 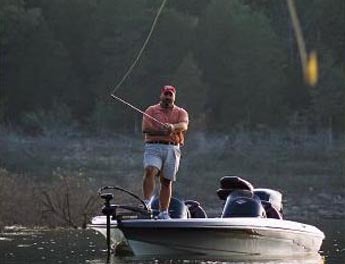 Attempts to curtail or eliminate the right to keep and use firearms have consistently galvanized hunters into action. Not so with threats to sportfishing. There’s a reason for that: While threats to hunting have for the most part been blatant, threats to fishing have, until recently, been more insidious, usually involving a particular location or species so as not to attract too much attention. They’ve lacked the kind of broad-based urgency needed to unite anglers everywhere into speaking with one voice. Well, it’s wake-up time. Legislation aimed at forcing you to turn in your rods and reels may not exist yet, but the agenda to restrict fishing and in some cases eventually stop it is real and gaining momentum.

Two developments need your response now: bans on fishing in certain areas and the continued diversion of funds furnished by fishermen away from their intended purposes.

Closures of fishing areas are not the result of howling protests staged by misguided fanatics like the folks from PETA. Those guys are small fry compared to the national politicos, agency wonks and environmentalists who have their own agendas and aspirations. Here’s what’s happening.

Shutting Us Out
On May 26, 2000, President Bill Clinton signed an Executive Order that directed the Commerce and Interior departments to develop a science-based network of marine protected areas (MPAs). The order did not provide for new funding or direction but did call for citizen input. A handful of prominent environmental groups saw the order as a quick fix for years of fisheries mismanagement. They interpreted “citizen input” as giving them carte blanche to help orchestrate the closure of all fishing-recreational and commercial-in key areas around the country, areas they would have major influence in designating. Truth be known, some fisheries managers, figuring to make their lives easier, also favored total bans rather than result-proven regulations on species, fishing methods, size limits and seasons.

Had the Natural Resources Defense Council, Environmental Defense, Ocean Conservancy, Sierra Club and their allies bothered to meet with sportfishing groups and scientists without agendas and studied methods that truly restore fisheries, things might have turned out differently. Instead, their blundering created discord and alienated rank-and-file sportfishermen.

Already MPA rulings have been at work. Under former California Governor Gray Davis, 175 square miles around the Channel Islands were closed to all fishing. The California Department of Fish and Game gave its stamp of approval to the closure in October 2002 by a vote of 2 to 1. Sportfishing groups protested before and after the vote because commercial interests, not weekend anglers, had caused the overfishing in the first place. Last January, new Governor Arnold Schwarzenegger rescinded the closure order. Similar MPA plans are in discussion for Oregon, Massachusetts and Florida.

Though MPAs involve only marine waters now, don’t think you’re home free because you fish inland waters. It doesn’t require a huge leap of imagination to foresee the concept of fishing bans applied to freshwater fisheries that are deemed to be in trouble. The rationale for such closures could range from natural disasters to lack of management money. Legislation is pending in both houses of government to address this situation, and it needs your attention now. The legislation is called the Freedom to Fish Act. With a few mouse clicks, OL readers can learn more and take action by contacting their congressmen and senators and recommending they vote to pass the legislation. Go to www.freedom tofish.org, or call the American Sportfishing Association at 703-519-9691 to find out where help is needed.

Whose Money Is It?
The other issue of vital concern is the Sport Fish Restoration Program. This program is funded by the taxes we paay on fishing equipment and boating fuel. The money-about $450 million per year-goes into the Aquatic Resources Trust Fund, which is the collection point for sportfish restoration. The money is paid back to each state in the form of matching grants for fish- and boating-related projects such as habitat restoration, launch ramp construction and fish-tagging studies. While $450 million is a lot of money, there could be more. For the past 10 years, Congress has diverted 25 percent of the excise tax on boating fuel to the General Treasury Fund, where it is doled out to pay for who-knows-what.

Now, bills in the House (H.R. 2839) and Senate seek full recovery of that diverted cash. It’s no small change, totaling an additional $110 million. That amounts to at least another $1.1 million per year for each state to spend on fishing improvements, depending on the formula that decides what each state is entitled to. A million bucks or so pays for a lot of new boat ramps and fish stockings.

A bill with an amendment re-directing motorboat and small-engine fuel taxes to the Aquatic Resources Trust Fund was passed in the Senate in March and, at press time, was awaiting action in the House. Implore your congressman in Washington to help move the bill along. If it’s already passed by the time you read this, contact your senator and congressman and thank them. It’s easy to reach your representatives. If you don’t have the phone numbers, go to www.house.gov and www.senate.gov.

There are 44 million anglers in America. That’s a number that makes the folks we send to Washington take notice. As one voice we make a heck of a squeaky wheel, which is what it takes to protect fishing for ourselves and anglers to come.