A New Way to Add Weight 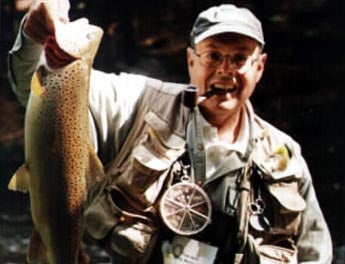 I’d be pretty surprised if you don’t use split shot. We fishermen use it on our main spinning lines so we can cast plastic baits farther and make them sink faster. We use it at the end of our lines for lightweight drop-shot techniques. We use it on leaders when flyfishing for everything from trout to steelhead to panfish. We also cuss it a lot.

Rigging with split shot means pinching the stuff down with pliers or hemostats, despite the threat to line or leader. We end up with pancake-shaped shot that spins, is more water-resistant and snags more easily. There are precious few times when shot can be opened and reused, so we’re always dealing with the discards. And when digging around in the containers that hold our shot, we’ll probably spill a few. A fussy proposition all right, especially with cold, wet hands.

DEPTH CHARGES
Now there’s a far better way to get your lines and lures to the fish. It’s a system called Toobies-Shot. The shot is nontoxic, and because it’s denser than lead, you don’t have to use as much to do the same job. It won’t rust, corrode or tarnish. It’s reusable-a good thing, because Toobies cost more than lead shot. Here’s how it works.

A Toobie kit includes a selection of small surgical tubing. You cut a piece of tubing long enough to hold the number of shot you think you’ll need for the conditions. Suppose you decide you need three No. 6 shot to do the job. Cut a piece of tube about a half inch long, run it up the line or leader and then insert the shot into the tubing. You can do this with your fingers, but it’s easier to use the magnetic Toobie Tool that comes with the kit. Stick the tip of the tool into the shot container, and a few shot will come out clinging to it. Remove the extra shot or store them on the side of the tool, which is also magnetic. Next, place a single shot at the concave tip end of the magnetic tool wand. Holding the tube piece with thumb and forefinger, shove a single shot and the wand as far into the tubing as needed. The shot will stay there. Now use the tool to add the second and third shot. Just don’t insert the wand into the tube without shot or you could damage the line and leader.

You can slide the rigged shot tube anywhere along the line or leader. When you’re done fishing, simply squeeze out the shot and save it for later. The configuration of the rigged tube resembles any number of wormlike freshwater invertebrates, especially when the translucent tubing is used. (The kit comes with tubes of several different colors.) In fact, if you colored the shot red it might resemble tiny eggs. The tube-and-shot rig can actually help to attract fish.

TUBE MAINTENANCE
Just as they will occasionally strike indicators or tiny floats on slip-sinker rigs, fish might strike the Toobie rig. In that case, the Toobie setup could slide down to the fly or bait, so check it before the next cast. Toobies can slip, just as split shot can when pinched to very fine tippet, say 6X at 3- to 4-pound test. There are ways to reduce this likelihood, however. No. 6 shot is usually used with the medium-sized tube, but if you’re using only one shot of this size, you’re better off using the smaller tubing included in the kit. The shot will be a bit harder to insert, but it will be less inclined to wander on the line. Moistening the shot first (remember, it’s nontoxic) will help. Ditto for a single No. 2 shot, which should be put into the medium-sized tube.

When regular split shot snag in rocks, you usually experience a break-off. A soft Toobie tube hangs up far less often than shot, but if it does snag briefly before you work it free, it will likely just slip a bit and can be slid back in place. Another way to deal with potential snags is to tie on a tippet using a double surgeon’s knot, leaving a longer tag end of monofilament. Tie an overhand knot at the end of this tag and install the Toobie in the reccommended manner. If you snag, the Toobie will just slide on the tag.

If it hangs up and is beyond retrieval, you can pull the tag free and lose only the Toobie and not your hook, bait or fly. Such a rigging technique also lets you change the tube colors as you like. It’s a neat deal.