Next time you wade into the surf to fish, make sure you're not the bait. 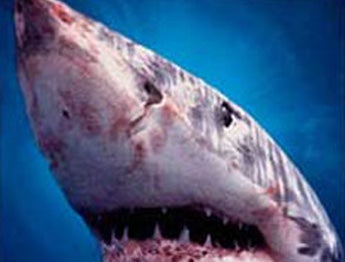 As spring arrives and people head to the beach, shark attacks inevitably occur more often. Last year in Florida, after two attacks in three days, including one on a teenaged boy as he surf-fished, the news made it sound as if sharks lurked near every sandbar.

The truth is, your odds of being attacked by a shark are only 1 in 10 million, according to the International Shark Attack File (ISAF). You’re five times more likely to drown. But for those unlucky souls who hope to survive an encounter so they can appear in This Happened To Me, the ISAF’s Michal Jones offers this advice.

“First try to get out of the water without making a lot of ruckus, which might just attract the shark,” says Jones. If escape isn’t an option, she recommends hitting the predator on its nose with an object like your fishing rod. “Be as aggressive as you can, but don’t punch the shark with your fist. If you miss, it can easily bite your arm.”

Other tips for reducing encounters include:

1. Don’t wear jewelry or bright clothing.
2. Don’t fish or swim alone. Stay in a group.
3. Keep alert if fishing at dawn and dusk. These are prime feeding times for sharks.
**4. **Avoid making erratic movements. The less you look like a wounded sea lion, the better.
**5. **Don’t bring your bloody bait into the water with you and don’t swim near people who are fishing.