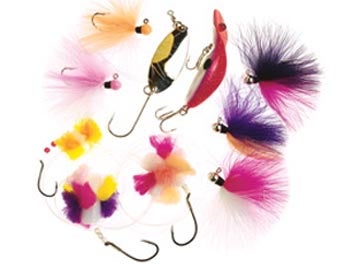 If you’re a pessimist, the 2004-2005 winter steelhead season was a bust, thanks to disappointingly low hatchery returns in many West Coast rivers. If, however, you look at the chrome lining, it’s easy to get excited about the upcoming season: More trophy-class steelhead were caught in Washington and Oregon last year than at any time in recent memory, and several more runs of similar 4- and 5-year-class fish are bound for Pacific Northwest rivers even as you read this.

Keep an eye on these three systems for trophy steelhead this season. And while you’re at it, stock up on the local “can’t-miss” gear.

Local flavor: Pink, purple, peach and cerise steelhead rags. Yes, they look like rainbow-colored gobs of yarn and foam, but they’re deadly on this system. (Learn how to make them at steelheaduniversity.com.)

Umpqua River System, Oregon: Both the main stem and South Fork Umpqua are prime for a repeat of last season, when four ultra-girthy 25-pounders and one 28-pounder came to the net in February and March.

**Olympic Peninsula, Washington: **Choose among the boulder gardens of the Hoh (November), Sol Duc (January), Queets (February) and upper Quinalt (February-March) rivers for your best honest-to-goodness shot at a 30-pound steelhead in the Lower 48.