The last word on how to rig (and fish) the world's hottest bass bait. 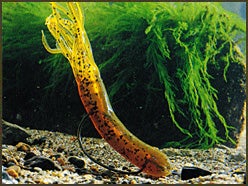 A lot of lures have come and gone since the tube bait was developed by Bobby Garland back in the early 1970s, but as Florida bass pro Shaw Grigsby notes, “The tube remains the most versatile soft-plastic bait you can use.” Initially developed as a finesse bait for fishing the clear waters of the western United States, the first tube was about 11/2 inches long. By 1977 the average tube size was about 31/2 inches. Nowadays tubes come in all lengths and configurations, although when worked properly they deliver basically the same action. Because it weighs less, the hollow tube is more buoyant, and that, combined with the tube’s body design, causes the bait to corkscrew down through the water in a fashion that often is irresistible to bass.

Rigging the bait so it delivers that enticing slow spiral depends on a couple of factors. First, the bait must be rigged on a hook or jighead of the proper size. And it must be hooked correctly. If the tube is kinked or bent on the hook, it won’t provide the correct action. A wide-gap hook, such as the Owner J-Hook Series or the VMC Carolina Special Series, is preferred. The perfect tube hook has enough gap for the lure’s relatively wide body to sit cleanly on the bend of the hook, which allows the bait to ride straight. As far as choosing the best hook or jighead, try this: Line up the hook or jig against the tube. If the bend in the hook lies about one-quarter inch in front of the skirt, you’ve found the right match. Draw an imaginary line there-better yet, draw a real line with a felt-tip pen-because that’s the spot where you want to push through the point of the hook (see illustration below, left). A hook that’s too small causes the lure to kink; a hook that’s too large will also affect action. In either event, most bass will ignore a poorly rigged tube bait.

No Limits
The presentation of the bait is another important element, and tackle choice is critical. A six- to eight-pound-test line, capable of casting a 1/16- or 1/8-ounce weight or jighead with the tube, usually suffices for the average fishing situation. Heavier tackle often is employed when circumstances dictate, however. “The tube is the single best bait I’ve ever used,” says Grigsby. “You can fish it weightless on top, weighted on a jighead or in a Texas rig or a Carolina rig. Under the right circumstances, the tube will catch bass in super- shallow water, in deep water or anywhere in between.”

The basic tube-fishing technique is simple enough. Pick a spot, such as a weed line or the shadowed side of a boulder, and cast or flip the tube out. As the tube hits the water, lift up the rod tip to strip off a couple of feet of line from the reel. Quickly close the bail and follow the bait down with the rod tip on a slack line so that the tube can spiral straight down. Then jig it slowly back across the bottom.

Grigsby, an eight-time Bassmaster Tour tournament winner, likes to skip a tube bait across the surface with spinning tackle and then let it settle before twitching it.

“Bass might see a tube bait as one of two things: a fleeing or injured baitfish or a crawfish,” says Grigsby. “When I skip-cast the bait with a sidearm cast, it skips across the surface like a minnow being chased. Any bass that see it are likely to go after it. When the lure falls, it spirals down like a wounded minnow, which triggers another aggressive reaction in bass. If that doesn’t work, sometimes the motion of the tube scuttling across the bottom like an escaping crawfish will draw a strike.”

The best way to ensure the spiraling effect of a tube bait as it falls is to rig the lure on a jighead or with a weight such as the Eagle Claw Quik Clip attached to the hook inside the bait’s hollow body.

As Grigsby suggests, there are numerous ways to fish a tube. When the subsurface bite is slow, fish the tube weightless with just a hook (see illustration opposite, loower left). Twitch it across the surface or let it fall. The super-slow descent tempts bass that want a low-effort meal.

Something Different
Although traditional rigging methods are the most popular, there are a couple of variations that sometimes work when bass want a different look.

Fishing a tube bait on top, sans weight, often is effective when bass are hunting for baitfish in aquatic vegetation or attacking schools of shad in open water.

The teaser-tube setup is a subsurface presentation that is especially effective for schooling bass. Consisting of two tandem-rigged tubes, it mimics baitfish chasing each other near the surface.

Tube Look-Alikes
When fishing matted weeds or extensive beds of lily pads, try a big tube with some heft to it, such as Strike King’s five-inch Flippin’ Tube. With an additional half inch of plastic in front, the tube can easily handle a half-ounce Gambler-Bang Florida Rig screw-in bullet weight in the front. Also, a bigger tube has room inside for a rattle, such as Bass Pro Shops’ Magnum Tube Rattle-a piece of aluminum with a steel shot pinched inside.

Tubes are an ideal bait for pitching and flipping, but they’re not limited to those presentations. A Carolina-rigged tube produces in any water depth, as does a drop-shot setup for suspended bass. A Floatin’ Tube by Carlson Tackle is another good choice for suspended fish. With an air pocket in the hollow, the tube rides as high as the leader to which it’s tied.

Tubes come in all shapes and sizes now and, in some cases, have mutated. For example, Madman Lures offers a super-realistic crayfish tube. Riverside has a tube worm in its lineup and a tube lizard isn’t far behind. Strike King added winglike appendages to create the Wild Thang tube creature. Schubert’s Professional Lures, a fixture in Midwestern bass fishing, developed a two-inch craw tube, a combination bait of a tube with a thin-bodied crayfish stuffed in the cavity, the claws pointing up out of the skirt.