Executive Editor Colin Moore sounds off on a new study that shows bycatch is depleting our fish resources. 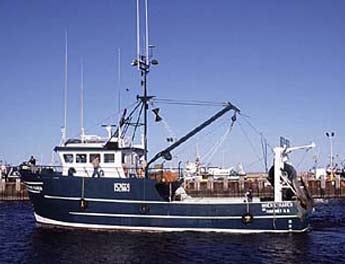 It’s standard operating procedure for saltwater fishermen to purchase bycatch from shrimpers to use as chum. A few pounds of dead and mashed fish retrieved from a shrimper’s trawl make a nice chum slick to attract king mackerel, cobia and other fish to an angler’s boat.

Back in the 70s, when I lived on the northern Gulf Coast, I was one of the bycatch buyers. But then the bigger picture finally dawned on me and a lot of other anglers: shrimpers were catching and killing thousands of pounds of juvenile fish and crabs in the process of netting shrimp, and devastating the fishery as a whole.

Subsequent studies by various state and federal agencies bore out what most of us knew through common sense. Recently, a panel of scientists commissioned by the conservation group Oceana (oceana.org) reiterated the conclusions drawn by every other study made in the past 25 years. Commercial shrimping operations, especially those in the Gulf of Mexico, are seriously depleting saltwater fisheries.

The study, _Wasted Resources: Bycatch and Discards in U.S. Fisheries, _shows that for every five pounds of fish caught by various types of nets-not just shrimp trawls-one pound is dumped back into the ocean because of various harvest limits or because the bycatch has no commercial value. In the Gulf of Mexico, during the study period of 2002-2003, shrimpers dumped 472,000 metric tons of fish, or one billion pounds. Shrimpers and other types of trawlers account for 78 percent of the discards.

Trawl nets are pulled across the bottom to dredge up shrimp that burrow into the mud. In the process, however, the trawls also swallow every other living creature that is too slow to get out of their way. Several years ago federal fishery managers required shrimpers to install various devices on their trawls to reduce the by-catch of sea turtles and other species with no commercial value, but the waste continues.

Looking at the bycatch problem from a conservation perspective, what sense does it make to spend a dollar to make a dime? How valuable are shrimp to the public as a whole if we have to sacrifice vast amounts of our finfish and shellfish fisheries to obtain them?

Shrimpers mean no harm. Like the rest of us, they are just trying to make a living, in this case from the harvest of natural resources. The bycatch issue makes a convenient metaphor for our treatment of natural resources in general, and calls to mind various worrisome issues that will have to be resolved. If we stop trawling, what happens to the fishermen whose livelihoods depend on shrimping? If we disallow strip mining to save the mountains of West Virginia, where do those miners go to find work? If in our efforts to save endangered species we stop all commercial use of land and resources in various areas, are we prepared to suffer the consequences as they involve our quality of life suffer for it in the long run?

Tough calls are ahead, but the sooner they are decided, the better. Doing nothing now is the same as passing the buck to future generations.