Catfishermen are the alchemists of angling, turning unusual concoctions of smelly ingredients into winning formulas. 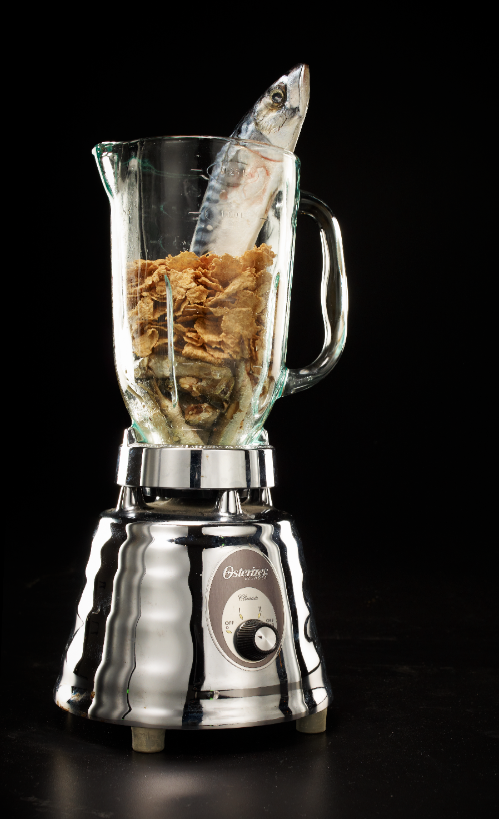 Catfish love stinkbaits, and every hardcore catfish angler has a top-secret stinkbait formula that whiskerfish just can’t seem to resist.

One old-timer told me, “There are more stinkbait recipes than there are food recipes, and not all of them have been invented yet. The fun part is experimenting. When you come up with a brand-new formula, you’re just as proud as if you’d made a delicious new barbecue sauce or a tasty marinade.”

After I swore on a bible that I wouldn’t reveal the ingredients, this aficionado allowed me to watch as he mixed up a batch of his cat-catcher secret formula. You’d have thought he was Emeril Lagasse preparing a sumptuous seafood bisque. He whisked together a cup of this, a dollop of that, a spoonful of some top-secret ingredient. Then, like a bon vivant sampling an expensive wine, he lifted a cupful to his nose. Tears streamed down his cheeks, his knees quaked and it appeared as though he might throw up.

“Holy Moses!” he proclaimed, quivering like a headless chicken. “One whiff of that would kill a skunk. But it needs to be stronger.” His “Putrid Pudding” was born.

Master Baits
Stinkbaits generally fall into one of three categories, each with a particular consistency that requires a specific method of bottom fishing. Each has unique ingredients, but some favorites include: decomposing fish (heads and guts allowed to ferment for several days) and Limburger cheese (normal humans can’t eat it without holding their nose). Nothing makes a catfish lick its whiskers quicker.

1. Doughbaits have a pizza-dough consistency. Many won’t stay hooked when cast, especially during hot weather. Cloth doughbait bags and spring-wound bait-holder treble hooks are helpful, but it’s best to stick with thick doughbait mixtures that can be molded around a regular hook. This firm ball won’t fly off when you’re casting.
Make your own doughbait by mixing flour and water to form a thick dough. Add a flavoring of your choosing–anise oil, blood and rancid cheese are favorites–then roll the dough into balls and store in a plastic butter tub or similar container. Cool it in an ice chest before you fish, to firm it up.

To properly fish doughbaits, move the bait very little. Give careful thought to finding prime catfishing areas, and after you cast, allow the bait to sit a half-hour or so. Doughbaits must melt to lay a scent trail. If there are no bites within 15 minutes or so, relocate.

2. Chunk baits are solid, grape-sized baits. They melt slowly, so a cat must be close to find your offering unless you have time to wait. This fact, however, makes chunk baits desirable for trotlines, limblines and set lines.

Make your own chunk baits by slicing inexpensive hot dogs into 1-inch pieces and putting them in a plastic tub. Add a package of strawberry Kool-Aid (unsweetened) and 2 tablespoons of minced garlic. Fill the tub with water and allow the wieners to marinate overnight. Hook. Cast. Fish. Catch.

3. Dip baits, like my friend’s Putrid Pudding, have the consistency of…well, dip–the kind you dunk potato chips in. (Be careful not to mistake one for the other!) They sometimes are called sponge baits because a sponge-covered treble hook is used to soak up the bait for fishing.

Dip the sponge hook in the bait, squish it with a stick until it’s saturated and then cast the weighted wand. Wait for Mr. Whiskers to home in on the scent.
Dip baits melt quickly, so dunk your lure frequently to keep it covered. Indeed, stinkbait chefs believe that the worse it smells, the more catfish it will catch. To make it so, they add some rank ingredients to their brews.

Super Stinker
When making a batch of his locally famous Putrid Pudding (that’s what he calls his rotten-fish stinkbait), one of my catfishing companions hides the container on top of his neighbor’s barn. This serves three primary purposes.
*It keeps the raccoons and neighborhood cats from getting into the bait (and possibly dying as a result).
*It allows the brew to ferment properly in the hot sun.
*It helps my chum avoid unnecessary exposure to the stinkbait’s toxic fumes. (The poor barn owner has searched unsuccessfully for years, trying to pinpoint the source of the horrific stench.)

To make Putrid Pudding, my friend puts 2 quarts of dead shad in a plastic bucket and allows it to decompose until only an oily residue remains. Then, on a camp stove outside, he boils the residue and stirs in 1 quart of soured milk, two packets of dry yeast and a half-pound of Limburger cheese. He heats this while adding flour and stirring until thick.

The mixture then is carefully funneled into a plastic jug plugged with cheesecloth. The jug sits on the neighbor’s barn for a week or two at least, bubbling like a witch’s cauldron. When my friend can detect the ghastly smell from home, he knows the stinkbait has properly aged and is ready to use.

Should the user get a drop of Putrid Pudding on his clothes, the garments must be burned. If it comes in contact with your skin, God knows what could happen. Great care must be taken to avoid exposure to the foul mix.

My buddy handles the mix as if it’s radioactive waste. He fishes it by pushing a hooked square of sponge into the goo with a long stick. The sponge absorbs the mess and stays on the hook when cast.

Does he catch catfish with it? Yes, indeedy. And when he goes catfishing, he has his favorite bank-fishing spot all to himself. No one can stand to fish near him.

As you can imagine, creating and fishing with stinkbaits is a smelly proposition. To be a true catfisherman, though, you must get creative and give it a whirl sooner or later. It’s one sure route to catfishing success.

Note: Keith Sutton is known to his fans as Mr. Catfish. Autographed copies of his books, Fishing for Catfish, Catching Catfish, Pro Tactics: Catfish and Catfishing: Beyond the Basics, are available at catfishsutton.com.

Secret Recipes Revealed
Secret recipes for proven stinkbaits often are passed down from generation to generation, with explicit instructions never to reveal the ingredients. I’ve discovered, however, that a little hooch shared by a campfire has a magical way of loosening tongues. Some recipes thus collected:

Blood & Oil Sponge Bait
Pour blood from a carton of fresh chicken livers into a plastic container. Add the oil from a can of sardines or tuna. Stir. Sponge. Fish.
**
Knock-Out Cheese Bait**
Combine equal measures of pork or beef brains (or chicken liver) and Limburger cheese in a plastic butter tub, mash together, cover, poke a few holes in the lid, then place in a hot spot (on the roof of your neighbor’s barn, perhaps) for several days. Use as a dip bait.
**
Got-A-Bite Stinkbait**
Mix 2 cups cottonseed meal (which can be purchased at a farm supply store) with
2 cups flour, then stir in one can condensed cheddar cheese soup, 2 tablespoons pancake syrup and 2 tablespoons vegetable oil. Place in a zip-seal bag and refrigerate until you’re ready to fish.

Mr. Whiskers Dough Balls
In a large plastic tub, mix 1 cup yellow cornmeal, 1 cup flour, ¼ teaspoon anise oil and 1 tin sardines, packed in oil. Add small amounts of water to form a breadlike dough. Form dough into pieces the size of a ping-pong ball and drop into boiling water for three minutes. Remove the hardened dough balls, drain on paper towels and allow to cool before casting them to cats.

Breakfast of Champions
Run a pint of chicken livers through a blender until liquefied. Slowly add Wheaties cereal, and continue blending until the mixture turns into a ball. Roll into golfball-size pieces and place in a zip-seal bag. Cool long enough for the finished product to become somewhat firm before using.
**
Catfish Biscuits**
Empty one can of tuna or mackerel into a mixing bowl–juice and all. Add the dough from two cans of biscuits. Mix by hand until biscuit dough and fish are well blended. Add some flour, if needed, to get the right consistency. Store in zip-seal plastic freezer bags. To use, pinch off a suitably sized chunk and place on a No. 4 treble hook.