Outdoor Life chats with recording artist, Josh Kelley, to find out when and how he fell in love with fly fishing. 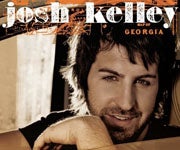 Josh Kelley, an Augusta, Georgia native, released his first album in 2001 and two years later was vaulted into the spotlight when his single “Amazing,” from the album “For the Ride Home,” reached number 29 on the Billboard charts. Five albums later, he has switched genres, releasing his first country album, “Georgia Clay,” in March. And when he’s not on stage with a guitar, he’s on the river with a fly rod.
**
Outdoor Life:** How did you get into fly fishing?

Kelley: I did a lot of conventional fishing growing up in Georgia–bass and catfish, a lot of spinnerbait stuff. But about two years ago, I moved from L.A. to Utah, and I dove headfirst into fly-fishing. I got my first rod, all the gear, and I started going on YouTube and teaching myself how to tie my own flies.

I played golf for three years at Ole Miss, and a friend said that often if you’re good at golf, fly-fishing is easier to pick up because they’re both a matter of applying technique.

OL: There were some “fishy” places on your most recent tour, like Grand Junction, Colorado. Does fishing enter your head when planning and putting together a tour?

Kelley: Absolutely. I bring a few rods, freshwater and saltwater, stuff that’s versatile enough for different situations. I like to get out on the water before a show; it calms me down and helps me prepare mentally. It’s like therapy.

OL: Do you see any connection between music and fly fishing? Is there a similar rhythm?

Kelley: Definitely, it’s a four-four count, two on the backcast, and two on the forward cast. I’ve come up with songs while on the water. I came up with “Real Good Try” (from Georgia Clay) while fishing pocket water in the upper Provo (near his home in Utah). I also got a 17-inch cutthroat that day.

OL: As a first-time father, are you excited about seeing the world of fishing through your daughter’s eyes?

Kelley: Last year we adopted our daughter, Naleigh, from South Korea. She was born in November of 2008, and man, I can’t wait to take her fishing. I figure when she’s about 8 years old, she’ll get really into it. But she’s already got a toy rod and magnetic fish that she plays with in the house. She’s very soulful, she’s very alert, very aware.

OL: Does your wife [Actress Katherine Heigl] fish with you much?

Kelley: Yeah, she loves getting out there, and she’s good. One day this past year we were out and she caught 9 or 10 trout.

OL: Musically, you just released your first country album, anything fishing-related you’re working on?
**
Kelley:** I just designed a fly, it’s called the Flaming Rooster. My wife says it looks like it’s on fire, so we’ll call it that. It’s a hopper fly. I have to wait for hopper season to try it. I’ll let you know if it works.