An unorthodox technique catches a big one 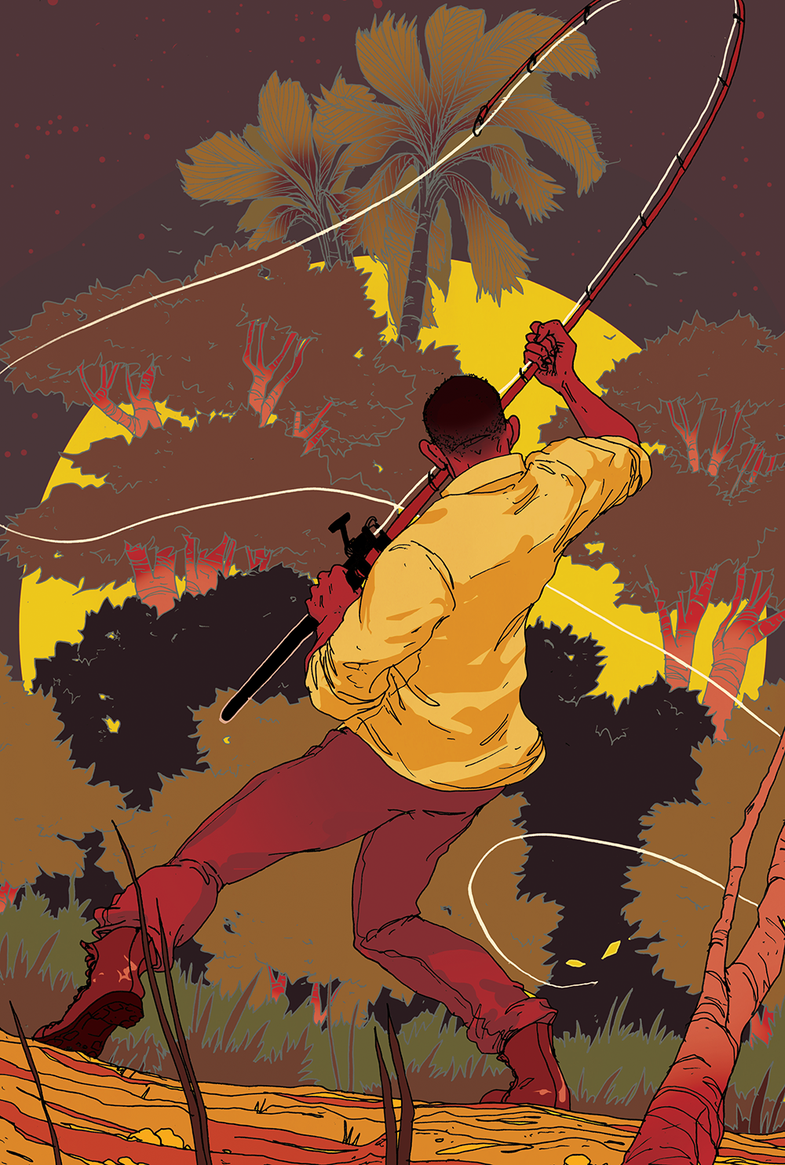 My late father-in-law, Neville, was a mischievous old devil. He was also a fanatical fisherman who spent much of his working life close to the mighty Zambezi, a river in Mozambique that provided him with numerous memorable fishing experiences.

I spent many holidays hunting there, camped on the banks of this impressive waterway with my wife, Catherine. It was prime big-game country, and with it came challenges from scavengers attracted to our camp by the smell of drying biltong and salted trophies.

The location also offered fantastic fishing opportunities and, on one trip, Neville requested an impala heart on the pretext of using it as bait to catch a vundu, a massive kind of catfish.

After dinner, while we sat around the campfire, Neville prepared his tackle and wandered off into the dark. We heard the chattering of his reel as he cast his offering into the Zambezi.

Or at least, that’s what we all thought.

He returned, collapsed into his chair with an arthritic grunt, re-lit his cigar, and puffed contentedly, his stout fishing rod propped nearby in a special holder.

Nothing happened for more than an hour. The fire burned down, and those who had been enjoying its warmth headed to bed. Lanterns were blown out, and soon the odd snore could be heard as night enveloped our camp. Only Neville and I remained, happy to sit in silence, staring into the dying embers.

As if on cue, the drag of Neville’s large Penn reel suddenly started to scream. Up the rascal jumped, snatching it with the energy of a teenager and striking with force. The finger-thick rod doubled over. Into the darkness Neville disappeared. I was only able to follow the progress of his battle by the direction and tone of his grunts and groans. Soon the old bugger was huffing like a locomotive, the screeching of the reel’s drag reminiscent of a train’s brakes.

It dawned on me that something was not right. The Zambezi was right in front of me, yet the sounds of the struggle seemed to be moving farther away from its bank. Curiosity eventually got the better of me. Torch in hand, I investigated.

I found my father-in-law, the arch in his back rivaling the bend in his rod. What was odd, however, was that he wasn’t facing the river, as expected, but away from it. At the other end of the line, a spotted hyena braced itself. It was also fighting valiantly. Out the corner of its mouth something glinted: wire trace.

Both opponents fought well, but Neville gained ground. They were soon at a standoff, only paces apart. I became concerned how the tussle would end. But my concerns were unfounded. Realizing he had lost, the hyena simply opened his vise-like jaws, and out popped a chewed impala heart, bound with wire. With a look of utter disgust at having to relinquish such a tasty snack, he scurried into the darkness.

It had obviously been Neville’s intention all along to catch the local camp thief. As the jokester flopped back down into his camp chair, he grinned mischievously and simply said, “Best darn fight I’ve had in a long while!”