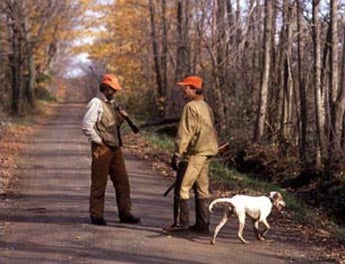 This time around the “swing” states are loaded with sportsmen-Minnesota, Pennsylvania, West Virginia, Arkansas…to name a few. This is why Senator John Kerry made sure a camera was on him when he went pheasant hunting just before the Democratic Iowa Caucus. And why President George W. Bush went on Fishing with Roland Martin on the Outdoor Life Network. Which takes us to the Hunting and Shooting Sports Heritage Foundation’s brilliant idea: to help voters see through candidates’ facades they’ve launched the website www.voteyoursport.com. It gives sportsmen easy access to voter registration information and will establish a central-message board for updates on political issues affecting their sports.

And according to a survey by Roper Starch-commissioned by the Congressional Sportsmen’s Foundation after the 2000 election-“VoteYourSport” is what sportsmen already do. Despite political party affiliations, hunters voted their sport before they voted their party-only 19 percent said a candidate’s party affiliation is essential when deciding for which candidate to vote, as opposed to 57 percent who listed second amendment issues as essential.