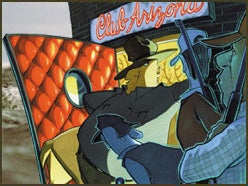 Here’s a vexing thought: A New Yorker might soon have the same odds of drawing an elk tag in Arizona as someone living in Phoenix. That’s right, resident hunters may lose their preferred status. A three-judge panel in the Ninth Circuit Appellate Court ruled that Arizona’s nonresident tag allocation (no more than 10 percent of elk tags) is an act of “overt discrimination.” The judges sent the case (Montoya v. Manning) back to a lower court, where the state of Arizona has to prove that all alternatives have been exhausted. In other words, the burden of proof to justify giving resident hunters 90 percent of the opportunity is now on the state of Arizona.

What’s at stake is nothing less than access to a sportsmen’s paradise of mountains and plains, coulees and drainages. Some states in the West are more than 80 percent publicly owned. A lot of the acreage is federal, not state land, and is in the care of the U.S. Forest Service and the Bureau of Land Management, which makes this debate another battle in the old state-versus-federal war for control.

Ask a resident if he should have a better shot at tags in his state and you’ll likely hear, “I live here all year. I deserve those tags.” Ask a nonresident and he might say, “Everyone has an equal right to our national resources.” Somehow, both viewpoints seem justifiable.

Not to Jim Scarantino, the attorney from Albuquerque who won the case. He said, “We successfully proved that the Interstate Commerce Clause applies to wildlife, and that therefore every American citizen has an equal right to these resources. I predict that all quotas on nonresident hunters will eventually be struck down.”

A state court in Wyoming thinks otherwise, however. In 2000, a judge shot down a similar case by ruling that wildlife is not a commodity before it’s harvested. The lawyer in that case was John Jackson, founder of Conservation Force, a loose coalition of lawyers who work pro bono on sportsmen’s access cases. “Arizona has the most indefensible system,” Jackson says. “That’s because Arizona admits it rewrote its regulations in order to give residents the majority of the tags. Each state is different, but this appellate court decision is a big foot in the door for nonresidents.”

Jackson is eager because the three-judge panel also ruled that the very act of consumers crossing state lines is interstate commerce; thus all Americans have an equal right to the country’s resources. Scarantino points out that if other Western public officials behaved like game managers, you might find ski resorts off-limits to nonresidents and California beaches requiring proof of state residency. But those moves would reduce out-of-state tourist dollars.

This is the very reason why U.S.

Outfitters was a plaintiff in this case. (Scarantino had opted to drop both U.S. Outfitters and Conservation Force as plaintiffs so that he could simplify the case.) U.S. Outfitters argues that many of its potential clients are being shut out. The amount of money lost because of the tight quota on nonresident hunters is incalculable. For example, Tim’s Tools, a sporting-goods store in Rifle, Colo.-a state that still sells over-the-counter elk tags to nonresidents-claims that it often sells $2 million annually in deer and elk licenses.

If Arizona can’t justify its current tag allocation, its last recourse will be an appeal to the U.S. Supreme Court. But because the high court takes only a fraction of the cases sent its way, the casee will likely remain a Ninth Circuit Appellate Court decision. The jurisdiction of the Ninth Circuit encompasses Arizona, California, Oregon, Washington, Idaho, Nevada and Montana.

The debate seemed clear last summer when a rodeo clown in Cody, Wyo., asked an audience, “How many of you are from California?” Cheers answered his question, and he said, “Just so you know, when the summer’s over, you have to go home.” Every Stetson in the crowd bobbed in agreement.