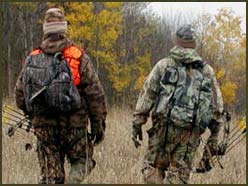 he season that started with a north vs. south war over duck bag limits has turned out to be a lame duck all around. A debate started early last fall when a congressional delegation from Mississippi, including Senator Trent Lott, counted their ducks before they flew by petitioning Interior Secretary Gale Norton to lengthen the duck season in eight Southern states. Minnesota’s senators were quick to cry fowl; in fact, Sen. Mark Dayton (D-MN), noted that a disparity in opportunities already exists, because last year, the average hunter in Mississippi shot 22.22 ducks, compared to an average of 5.83 in Minnesota. Dayton articulated his point by saying, “It’s a blatantly biased and pandering proposal. It’s just pure greed and disgraceful.” Sen. Paul Wellstone (D-MN), was just as vocal, he said, “If it goes through, I’ll use every device known to humankind to try to overturn it.” In the end Minnesota’s senators got their way, because Interior Secretary Norton deftly decided to leave the regulations alone.