Last fall, a young whitetail buck on a rampant search for does during the rut was photographed treading water across... 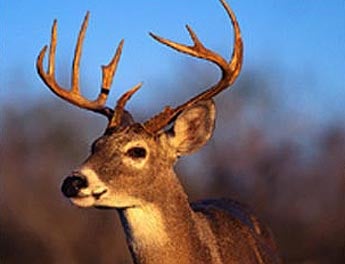 Last fall, a young whitetail buck on a rampant search for does during the rut was photographed treading water across the East River into Manhattan. Wildlife authorities darted the animal with a tranquilizer, but it didn’t take effect before the deer managed to leap in front of a moving vehicle. That weird wildlife tale, however, has now been trumped. On May 18, 2004, a blacktail deer crossed the Golden Gate Bridge. Here is the report from the San Francisco Chronicle:

_A deer joined the morning commute into San Francisco on Tuesday, bounding onto the Golden Gate Bridge and loping across the entire span as bridge officials and motorists watched in amazement. It was the first time anybody can remember that a deer, or any other animal, for that matter, has made it from one side of the famous bridge to the other in one piece.

It took the deer less than 10 minutes to commute from Marin County to San Francisco, where the animal zipped through the FasTrak lane at the toll plaza, took the 19th Avenue exit and then disappeared into the Presidio. _