Decoys Can Fool You

Some have peaked, others are still coming on. Learn the way into the costly game of wildfowl decoys. 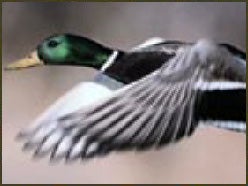 Wildfowl decoys-once just tools of the trade for baymen and market gunners-have become costly icons of Americana and seemingly beyond the reach of the average collector. Note the word “seemingly.” To the dedicated reader I will show the way into this game…presently.

In understanding the phenomenon that turned these tools into treasures, we must look to the past. Wildfowl decoys truly are an American innovation, and their use to lure prey to their demise dates from our earliest history. Decoys made from reeds and adorned with feathers have been discovered among Indian artifacts in the Southwest. In the 1600s, the French explorer Samuel de Champlain observed native tribesmen using decoys along the shores of the lake that now bears his name and now forms a considerable part of the boundary between New York and Vermont.

The early European settlers learned quickly from the Native Americans, and by the 1800s they were carving the prototypes of decoys that are so eagerly sought after today. Although no one realized it at the time, a unique American art form had been created.

From the 1880s until the onset of World War II, hundreds of thousands of hand-crafted and factory decoys were turned out-most selling for $1 to $5 apiece. Few people had the foresight to think of them as anything more than workaday accessories to the hunt-and cumbersome to boot.

Not until 1934 and the publication of Joel Barber’s innovative book, Water Fowl Decoys, did these tools of a bygone trade receive even passing notice. Even then, Barber and his book were far ahead of their time, and the man who would posthumously be anointed as “The Father of the Decoy” and his beloved “floating sculptures” continued to be ignored by all but a few far-sighted collectors.

It wasn’t until the 1960s that things changed, but when they did, the change came fast and was spectacular. The catalyst was when modern plastic decoys-cheap, light and accurate in the extreme-became the rage and effectively put an end to commercial carving and painting of decoys. At the same time, recognition was finally afforded to some of the fine old decoys and their carvers. New books and a newsletter published by Hal Sorenson extolled the carving craft and helped establish a collectors’ market. In 1968, the first decoy auction was held and history was written when a black-duck decoy by Elmer Crowell sold for $900. That was the unmistakable writing on the wall: Decoys are collectible.

These all but outlandish prices were far from the norm for decoys that came under the hammer, but they made news-not just among collectors, but of the “film at eleven” type. All of which had the unexpected effect of depressing the decoy market, as many people decided that decent decoys were untouchable collectibles, reserved only for the few truly wealthy aficionados or daring speculators. That perception persists, but it is inaccurate. Don’t duck decoys just because you think they are beyond your reach. For the most part they are not.

At a recent decoy auction on Cape Cod, nice examples of the decoy art sold for from well under $100 to the sale’s high of $15,500 paid for an old squaw decoy that was formerly in the collection of Dr. George Ross Starr and had been featured in his book Decoys of the Atlantic Flyway. In point of fact, the auction offered something for all wallets, and a knowledgeable collector could have picked up some good to excellent buys in the $100 to $250 range.

[pagebreak] PSST! Here’s a Hot Tip
Now for that entry poiint that I tantalizingly referred to earlier. As of right now, I would take a long, hard look at the multitude of pre-plastic factory decoys as today’s best bets.

Currently, the most popular factory decoys are those made by Maxon, of Detroit. Particularly fine examples can bring five-figure sums. Stevens decoys made in Weedsport, N.Y., in the 1800s also fetch big bucks, but factory decoys by manufacturers such as Herter, Wildfowler and North American Decoy Company (which was started by my father and myself) can be found in good condition for $100 to $500.

Metal decoys such as the stamped-tin versions made by Stratier and Sohier of Boston bring $100 to $300 in good condition, and stuffed canvas decoys by Scott of California and Armstrong of Texas command $150 to $250 in excellent condition.

If you’re still in the mood for a flyer, it’s back to the crystal ball, where I see papier-mÃ¢chÃƒ-yes, papier-mÃ¢chÃƒ-decoys. These fragile-composition dekes, once scorned by collectors, have become some of today’s hottest sporting collectibles, and my crystal ball predicts that they will continue upward in price and popularity. Made from the late 1930s through the early 1950s, papier-mÃ¢chÃƒÂ¡ decoys are this writer’s best bet for frugal collectors with an eye to the future.