Fighting in Your Backyard 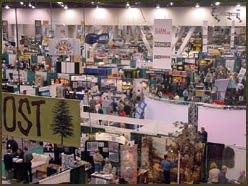 Melinda Gable knows first-hand what a difference constituent input can make in decision-making. As she said at the second annual NSSF Women in the Industry luncheon, she once lost a fight to the organization she heads today. Gable, now executive director of the Congressional Sportsmen’s Foundation (CSF), started out as a congressional aide. When the U.S. Fish and Wildlife Service recommended a deer hunt on a wildlife refuge, Gable listened to the friendly anti-hunting groups and advised her boss to vote against the hunt. Fortunately, information provided by the Congressional Sportsmen’s Caucus persuaded enough congressmen to support the deer hunt.

Often, state elected officials have a staff of one, who can be influenced just as Gable was a decade ago. Armed with this knowledge, Gable and CSF take the fight to state level, the source of many important decisions affecting sportsmen. She encouraged people to invite elected officials to their factories and stores. Gable said, “When you engage your elected officials, they become engaged.” Sportsmen represent a larger constituency than labor union members or Social Security recipients. Gable wants sportsmen to leverage this power. The organization has organized 15 state caucuses and is shooting for 25 by the end of 2004. Gable minces no words. “You can take part or be taken apart. If you think you can’t make a difference, think again.”