While looking at the new crop of waterfowl decoys at the SHOT Show it’s pretty obvious that if it’s not... 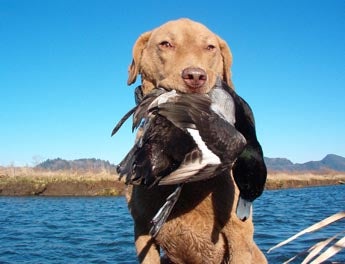 While looking at the new crop of waterfowl decoys at the SHOT Show it’s pretty obvious that if it’s not a motion deke, it’s not worth having. Everything twists, shakes, flaps, spins or feeds. How we ever were able to shoot ducks before is beyond us.

Team G Spot’s Seducer
Instead of building a fixed motion decoy, Team G Spot’s innovation was to construct a motion component. The Seducer is a base upon which you can attach standard goose decoys. The idea is to produce a realistic feeding motion to fool wary geese.

Motorized Mallard Decoy
This decoy simulates a feeding duck with a battery-powered tipping system. The system is suspended by two closed-cell foam floats. Included in the package is an adjustable timer, so the span between feeds ranges from 5 to 15 seconds.

Wing Wavers
These decoys are jerk-cord activated silhouette patterns that mimic the natural wing beat of a landing Canada goose. The full motion of the spring-loaded wings adds a realism that is unmatched by others on the market.