Here's what I use to spot and shoot game. 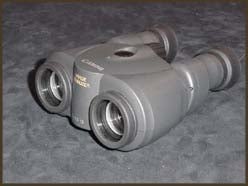 Hunters who can’t see their quarry, or hit what they’re aiming at, are doing a disservice to both themselves and the game. That’s why I’m a firm believer in using hunting optics. While I don’t approve of all the gadgets and gizmos used by some hunters, a good, basic riflescope, binocular and spotting scope are a must.

SCOPE IT OUT
Plenty of hunters still use unscoped rifles. Many who hunt in thick timber believe the glass is actually a disadvantage because it makes “getting on target” quickly more difficult. I agree to a point, but I’ve found that a scope allows me to locate the vitals on the quarry, even in brush and vegetation. You can often “thread the needle” by placing the bullet into a small window in the cover that you might not see with open sights.

The only time when I believe a scope is a decided disadvantage is during a potential close encounter with dangerous game. I don’t want to be peering through a scope when a Cape buffalo is charging at full speed. Even in this situation, however, low-power scopes offer a wide field of view. And most professional hunters would rather have a client shoot what he or she is comfortable (and used to) shooting. I’m just more at ease shooting open sights in tight situations.

While variable-power scopes like the 3-9X are immensely popular, I’m still fond of the fixed 4X. To my eye, higher-powered models simply magnify distortions as well as the target. Four-power scopes keep everything in perspective for me, and with no moving parts, they’re tougher and more foolproof. I’m also not much of a believer in fancy reticles and compensators that tell you the distance to the target and where to hold. In the real world I hunt in, you often don’t have time to make calculations, since a split-second may be all you have to decide whether to shoot or pass on an animal. Give me a 4X scope with a crosshair and a simple dot reticle and I’ll be perfectly content.

**BINOCULARS ARE A MUST **
There’s no excuse for not using binoculars, even in dense timber where they invariably come in handy to identify or evaluate something that’s difficult to see with the unaided eye. And from a practical safety standpoint, no one should ever use his riflescope as a substitute for binoculars when glassing!

I like roof-prism models because they’re sleek, light and easy to hold. They must be waterproof and as light as possible and must offer a crisp, clear focus. My favorite powers are 8X or 10X, and I’ll carry them from dawn to dark. While most of the very best models are more costly European designs, we discovered in our latest optics test (look for it in the June/July issue) that plenty of very serviceable binoculars and riflescopes can be had at prices that won’t break your bank account.

Compact binoculars, with smaller objective lenses, are fine for daytime viewing, but they aren’t as effective early or late in the day when light is poor. I like binoculars with retractable eye cups, rather than rubber cups that fold out. The latter invariably rip or rot. I also like an easy-to-turn focus wheel that’s designed to work well when you’re wearing heavy gloves.

**SPOT IT FROM AFAR **
While I agree that a spotting scope has little or no use in a Washington rain forest or a Georgia hardwood thicket, I carry one practically everywhere else, “just in case.” I prefer models that are lightweight and compact to stow easily in my daypack. An exception is when I’m hunting antelope on the prairie. Then I’ll carry a heavier model in my vehicle that might offer much higher magnification. I’m not so concerned about zoom features; I just want one that allows me to get on target quickly and has a crisp, sharp focus.