The State Of Camo

Camo has come a long way, and you should see where it's headed! 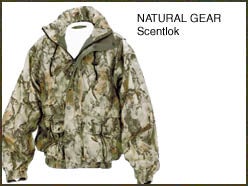 Back in the day when Jim Crumley became the first to design and market “branded camouflage,” few soft-goods professionals could have conceived of the enormous scope of camouflage today. Thousands of licensing agreements make this segment of our industry lucrative for a few large companies; they’re the ultimate goal for the smaller ones. It was once enough to wear bark, mud and leaves to keep hidden from game; now camo-covered truck fenders and golf clubs are proof that camouflage has been adopted as part of our culture. Even though industry giants Realtree and Mossy Oak dominate the landscape, small camo companies are thriving. These enterprises are supplying highly specific regional camouflage that can now be printed more accurately at much more reasonable costs. The average retailer now has a choice of several different patterns that can be specifically tailored to meet the needs of its customers. Here’s a look at where the industry is headed in 2004:

Mossy Oak
The new 2004 Obsession pattern is based on the original Bottom Land with larger gray limbs, pronounced brown oak leaves and dispersed green foliage. The pattern will be marketed as a turkey and early-season bowhunting pattern with a large list of licensees.

“We may be the only company ever whose secret to success is having products that are almost impossible to find,” says brand manager Lannie Wallace. “It may have all begun with a fist full of dirt, but nobody really knows where it might end.”

Mossy Oak continues to secure its identification with the outdoors lifestyle as much as it has with hunters. Expanding licensees are making Mossy Oak products available to golfers, horseback riders and even bass fisherman. Other Mossy Oak endeavors include hunt club insurance, real-estate sales and expansion of the Biologic habitat seeds. Booth #6543. (800-331-5624; www.mossyoak.com)

Realtree
High Definition Advantage Max-4 was released at the 2003 SHOT Show and is now in full distribution with a very large selection of licensees. Printed with digital photo-accurate imaging, the pattern is designed for an open terrain environment while still blending in a brown wood background. For use in wetlands, ground brush and hardwoods, the pattern will have widespread geographic appeal.

For Realtree, it’s all about the brand and gaining licensee share. “We do our best not to compete with our licensees and have left the clothing manufacturing business completely,” says Dodd Clifton, public relations director of Realtree. “We keep finding an amazing diversity of companies that want our pattern on their products, even toilet seats and plywood. Hunting is still the priority of our company.” Booth #6503. (800-992-9968; www.realtree.com)

**Montana Camo **
River Ghost is one of three new patterns being brought to market this year by Montana Camo. The all new pattern is a digitally reproduced and visually accurate photo of Cottonwood tree leaves with light limbs and scattered shadows layered on light tan with a detailed gray background. In addition to River Ghost, Montana Camo has revised Prairie Ghost and Ridge Ghost patterns with photo-accurate imaging.

“We hunt the West and we know what western hunters want,” says Clay Matthews, president of Montana Camo. “We are not trying to be the one camo for everything. We know that our customers will wear a different camo when they’re on a mountain, the prairie or in a river bottom.” Booth #6773. (406-961-6829; www.montanacamo.com)

Naturalgear
Although Naturalgear did not bring out a new pattern this year, they saw significant growth in 2003 and will have several new licensing agreements offering more products for the 2004 SHOT Show. “Our Book Club promotion was an enormous success in 2003,” says Leland Sykes, president of Naturalgear. “If a hunter takes a Pope and Young buck wearing our camo, we’ll send him a brand-neww Scentlock outfit. We plan to expand that program in 2004.” Booth #6101. (800-590-5590; www.natural gear.com)

Skyline Cover
Based in light brown earthier tones, Skyline Cover’s new Phantom has a warm look that should work well for hunters on the ground and close to large objects. Fall oak leaves, late season greens and multi-brown tones give the pattern a very different look. The company has continued to grow for the last five years in the shadow of the big two. “We actively service the non-mass-market retailer,” says Greg Ahrens, president. “Our clothes are sold in retail stores that specialize in archery, turkey and waterfowl.” All of Skyline’s products are manufactured in the U.S. Booth #6153. (877-650-7591; www.sky linecamo.com)

Introduced in 2003, Silent Hunter has been a greater success than the company expected. “We still see demand for licensed camo; however, our own camo made significant inroads this year and was embraced by retailers,” said Dave Robinson, general manager of hunting and fishing for Columbia Sportswear. “We designed a pattern that looked different from our camo suppliers and put it on a tough, heavy-duty garment at a good price. The idea was to offer a product that the mass merchants don’t have. Our retailers did very well and we see the new Delta Waterfowl Pattern as a chance for us to grow our brand camo business even further.”