Combining fuel efficiency and performance for the outdoors. 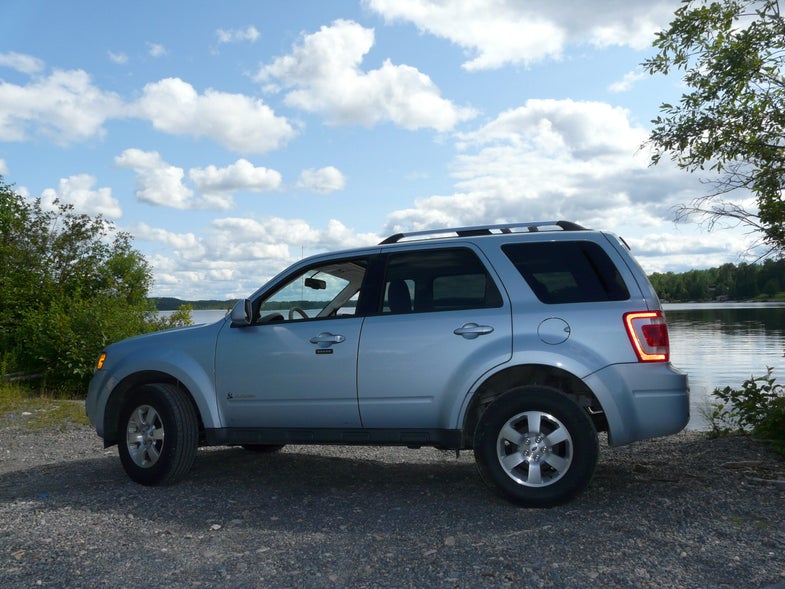 For 37 years members of my family have been travelling to a tiny, remote village in northern Ontario, to vacation at the camps my grandparents bought there in 1972. When we’re there we venture into backwoods lakes with canoes in search of northern pike, and we tow my dad’s Lund to larger waters for walleyes.

One of the things that makes our northern Mecca so special is that it isn’t very easy to get to, which makes us appreciate and enjoy our time there that much more. It’s a 12-hour drive from my Dad’s house in Central New York, and almost 800 miles from my home in Brooklyn, NY.

Needless to say, you spend a bit of money on fuel to get to camp. This year my girlfriend and I had to drive ourselves for our annual pilgrimage in early August (we don’t have a vehicle and usually catch a ride with the family). So when it came time to decide on a vehicle to use, I looked for something that would get good gas mileage, but also be able to handle some of the more, shall I say, unfinished roadways we tend to travel when in the northwoods. I decided on a 2009 Ford Escape Hybrid SUV, and couldn’t have been happier with the choice.

We averaged between 27-30 miles per gallon for the trip. The fuel economy of the 2009 Escape Hybrid is improved over that of older Escapes thanks to the combination of a 2.5-liter I-4 engine (good for 171 horses) and an optional six-speed automatic transmission. What impressed me even more than the fuel economy was the Escape’s acceleration when passing.

Nothing makes a long trip longer than getting stuck behind a caravan of vehicles towing boats, campers and ATVs. When I called on the Escape to get me around a string of lumbering vehicles, it responded with a resounding “Let’s go!” This was due, in part, to intake variable cam-timing, or i-VCT, technology, which “optimizes the valve timing for performance and efficiency, creating a broad torque curve and delivering increased power and improved fuel efficiency at the same time,” according the SUV’s literature.

Getting out from under the hood, another welcome feature of the Escape Hybrid was the SYNC in-car entertainment and information system, developed by Microsoft and Ford and standard in all Escape Hybrids. Featuring touch-screen navigation controls, Sirius Satellite Radio, real-time traffic reports and even weather maps and forecast data, the SYNC kept my girlfriend busy in the passenger seat for most of the trip. The system also allows you to control most MP3 and Bluetooth-enabled devices with voice command. The 110V AC power outlet was handy for charging our camera battery en route to camp.

Bottom Line: If you’re looking for improved fuel economy from an SUV, without having to sacrifice performance, and want a state-of-the-art in-car entertainment and information system, give the Ford Escape Hybrid a long look. I think you’ll like what you see. (starting at $31,500; fordvehicles.com/suvs/escapehybrid) –John Taranto