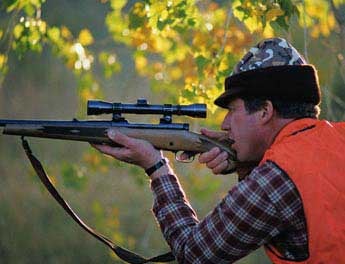 Q I recently purchased a new .300 Win. Mag. rifle. I always put several rounds through my shotguns before going hunting. Should I do the same with a rifle? If so, how many rounds does a rifle need before it’s ready for the field?

**A **As a very broad rule of thumb, rifles, especially bolt-action rifles, tend to become somewhat more accurate after they’ve fired several rounds. This can be explained in a number of ways, such as breaking in the barrel and “settling” the action and barrel in the stock. My own experience has shown that a hunting-class rifle gets about as good as it’s going to get after 50 to 100 rounds. High-grade target rifles tend to blossom more quickly.

This doesn’t mean, however, that a typical hunting rifle must be fired dozens of times before it’s ready to be taken afield. Usually, the accuracy improvement from breaking it in is not all that significant or necessary. In virtually all examples, by the time a rifle has been sighted-in at the range it is ready for the hunt. More important is checking such hunting essentials as smooth and reliable feeding, proper operation of the safety and other mechanical details. Also, when breaking in a centerfire hunting rifle, be sure to let the barrel cool between test groups, checking to see if there is a tendency to shift point of aim as the barrel heats. In some instances sighting-in with a hot barrel can result in a false zero.

Scent or Camo?
Q Deer behavior obviously changes during the rut, but do a deer’s senses change, too? When I’m hunting, which should I be more concerned with, camouflage or scent?

A No question, scent should be your biggest concern. The wind has got to be in your favor if you want to tag a trophy. Overall, a buck will be less wary of human scent during the rut than at other times of the year, because he’s focused on finding does. Even if a buck is acting goofy, however, his defenses will still be up.

Bucks will often be so focused on doe scent during the rut that you can get away with a lot more movement than you can in the early or late season. Stalking or hunting from the ground can be much easier during this time. In fact, it’s even possible to sneak up on a buck that is consumed with finding a doe. That said, keep on the lookout for does. Females will be much more aware of movement and scent. If you spook the does out of an area, you won’t see any bucks there either.

Full-Size or Compact?
Q I’m torn between getting an 8×20 compact binocular, which weighs next to nothing and can be carried in a shirt pocket, and a full-size 8×40 binocular, which is larger, heavier and more expensive but would be sharper and have better low-light performance. Which one should I carry into the field for big-game hunting?

A As you’ve implied, there are trade-offs between the easy-to-tote compact binoculars and the sharper, brighter full-size models with larger objective lenses. Though many of today’s compact binoculars are amazingly good for casual glassing in reasonable light, they simply don’t cut it in hunting situations that involve low light or prolonged periods of glassing. That’s why most knowledgeable big-game hunters use full-size binoculars. Consider, for example, the relative resolving powers (image sharpness) and light-gathering powers (image brightness) of the 8×20 and 8×40 models you mentioned. An 8×40 has the potential to produce images twice as sharp and four times as bright-assuming that both instruments are of excellent optical quality.

If you want maximum resolution and brightness I recommend an even larger and heavier binocular with 550mm or 56mm objective lenses. An excellent compromise between compacts and full-size models are those that have 30mm or 32mm objective lenses.