Abide by the rules to ensure a hassle-free hunting trip. 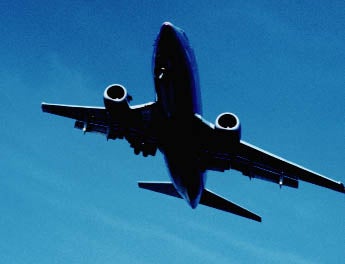 The date for your dream hunt to a faraway place is almost here. You have your license, you’ve arranged for an outfitter and you’ve bought a round-trip plane ticket. All that’s left is to pack your gear and guns. Whoa…guns! They could be a hassle, though not as troublesome as you might imagine, even in this age of anti-terrorist clampdowns. Airlines still let hunters include guns with checked luggage. Carriers have, however, tightened the rules a bit since 9/11. Here are a few things you’ll want to keep in mind when traveling with firearms.

CHECKING IN
Don’t even think about putting guns, ammo, hunting knives and other hunting gear in your carry-on bag. If you get caught, you’ll be in deep trouble. Play it safe and use the check-in service for everything that might be deemed dangerous by authorities. Be sure your guns are unloaded and be doubly sure to tell the attendant that you’re checking a firearm.

As an added measure of caution, pack your ammo in a separate suitcase, even though some carriers allow it to travel in your gun case. Airlines want ammo to be in original factory boxes; don’t place it in clips or shell pouches until you arrive at hunting camp. You won’t do hard time for an ammo violation, but some airlines confiscate ammo that’s not factory-packed.

A HARD CASE
Airlines insist on lockable hard cases and will ask you to lock the case to deter theft. The typical procedure at airports is to declare that you have a firearm when you check your bags at the terminal. The person behind the counter will give you a form to sign and put in your case. During the check-in procedure a representative of the Transportation Security Administration (TSA) will come by to inspect the firearm to make sure it’s unloaded and will then watch you lock the case. Always use a hard case that can be padlocked, and be sure to bring some extra locks. Another answer is duct tape; most carriers feel that a gun case is properly locked when it’s lapped numerous times with duct or strapping tape. Call ahead and ask.

GUN CASE I.D.
Theft by airline employees is rare, but theft at the pickup carousel is cause for concern. Yes, you have a claim tag, but how often do you see officials check those tags? To deter theft, paint your name on both sides of the case. Use large white lettering that can be read from 100 feet. Thieves won’t mess with luggage that is obviously easy to spot by its owner. In fact, consider lettering all of your luggage. Besides protecting against theft, it makes bags easier to find on a crowded luggage carousel.

FOREIGN TRAVEL
If your hunting destination is a foreign country, be certain of that country’s gun laws before leaving. You might be required to furnish the gun’s serial number beforehand, as well as an affidavit from a local law enforcement official affirming that you don’t have a criminal record. The airlines will fly you and your guns to any place you want to go, but if police in Outer Mongolia nab you as you take your guns off the plane, it’s not the airline’s fault. Because of the uncertainty of foreign laws, you’re better off booking foreign hunts through an outfitter that specializes in such trips.

SHIPPING GUNS
If you carefully follow airline and law-enforcement rules, flying with firearms is a breeze. But if you don’t care to risk the aggravation, consider shipping them to your outfitter.

Here again, be certain the guns are unloaded. Roll them in newspaper or padding, pack them tightly in a cardboard box and have UPS or the post office deliver them. Federal laws apply only to the selling of guns through the mail. Because you’re not selling, you can legally ship your guns to any destination in the United States. Just make sure you’ve arranged to have them mailed back to you.