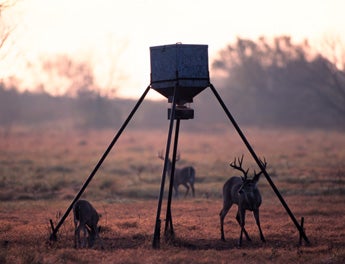 State wildlife officials blunted attempts by legislators to extend deer season into February and allow hunting near supplemental feeders, but changes include the use of crossbows and scopes on muzzleloaders. Crossbows will be allowed for the first time from October 15 to January 31. A five-day primitive-weapons season, which includes muzzleloaders and crossbows, will run November 15-19, with gun season opening November 20 and including all weapons.

State whitetail biologist Chris Cook says a record number (507,800) of deer were killed during the 2002-03 season, the last for which figures are available. That includes an estimated 258,978 bucks and 248,822 does, based on mail surveys of hunters, from an estimated herd of 1.75 million.

“An abundance of food other than food plots, including both browse and mast, kept deer off most food plots for much of the season and made hunting these areas unproductive,” Cook says.