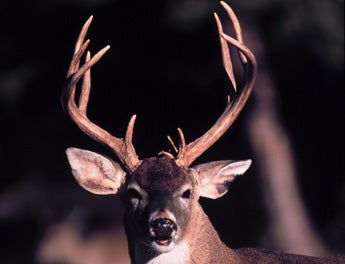 Doe harvest dropped 43 percent statewide, and 44 percent fewer deer were taken with muzzleloaders than during the previous season. This drop is believed to be the result of a shift in season dates.

“Doe harvest dropped because of a statewide bag limit reduction to one,” Gray says. “In years past hunters could kill up to four does. In some areas, the does were being overharvested.”

Hunting over bait will be prohibited from January 15 to February 15. Gray says wildlife commissioners considered ending bow season earlier since food sources were scarce at that time.

“Instead of reducing bow season, they just decided to reduce the baiting,” Gray says. Contact: Game and Fish Commission (800-364-4263; www.agfc.state.ar.us).