Deer can hoodwink us even when they're not trying. 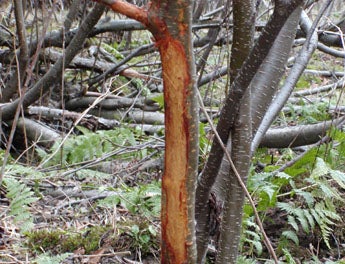 I wish I had comprehensive answers for some of the more pressing questions about deer behavior. If I knew everything there was to know about why whitetail bucks behave as they do, I could develop some better hunting strategies each fall. All I can do is consider the theories of biologists and recollections of my own experiences to plot my season’s course. Consider some of the following mysteries regarding deer, and observations regarding their possible solutions.

Where Do Mature Bucks Go?
I have the good fortune to hunt some properties that are well-managed for deer. While these properties are not high-fenced, one would nevertheless assume that there is a great supply of old bucks running around. In fact, one might conclude that there are so many bucks 4½ years old and older that hunters would have to shoo them away from the trees in which their stands are fastened just to make room enough to climb down. Of course, that’s not the case. Even though we who hunt there aren’t shooting many younger bucks, we still see very few fully mature bucks. Where do they go?

I’ve posed the question to a number of wildlife biologists over the years. One told me that he thinks the bucks are still there and just not moving around when hunters are near. My ego had a hard time accepting that explanation, but after studying this enigma carefully for eight years, I now share the belief that the bucks are still there. My proof is in the anecdotal evidence provided by a bad case of a deer-killing fever that took out about 40 percent of our herd late one summer. We found dozens of dead bucks, and none of us who hunt the area had ever seen any of them before. Remember, these deer that had died in late summer and in early fall were “resident” bucks. Like forest wraiths, they had been living there the whole time in their own invisible fashion.

**What Do Scrapes Really Mean? **
Some biologists theorize that scrapes serve to mark a place for bucks to meet does. The doe beds down nearby to wait for the buck to return. If only it were that simple. In all the places I hunt, bucks totally abandon their scrapes and start roaming the countryside in search of does when the does go into estrus. Could it be that scrapes are a way for bucks to monitor other bucks, like a male dog that lifts his leg on the mailbox post at the end of the driveway just to show other males in the neighborhood that he’s still the boss? This is what I believe, and it satisfies my curiosity for now. When we eventually figure out all the messages that scrapes transmit, and how deer use that information, we’ll also be able to figure out when and how to hunt these signposts most effectively.

Do Deer Have a Sixth Sense?
A deer must be keenly aware of any danger in its environment or else it will quickly become venison. Bucks can sense things that we aren’t even aware of, and they do it in ways we can’t even fathom. Let’s say we give a buck, survival machine that he is, three or four years to soak up and categorize everything in his environment with his highly attuned senses. Suddenly we have a super deer, a buck with awesome abilities to sense things and the experience to put the information together. Based on such abilities, it isn’t much of a stretch to think that the buck can tell that a situation “just feels bad.”

I’ve watched literally thousands of deer from my tree stands and I can count on one hand the number of times a buck or doe has shown wariness for which there didn’t seem to be a rational explanation. In nearly all the other cases where I got busted, it was easy to point to a reason for it. But as for those other occasions…

Can Deer Reason?
When a big buck gives us the slip for the umpteenth time, it’s hard not to believe he is outthinking us. According to various biologists, there’s still an overwhelming assertion within the scientific communiity that deer can’t reason. However, virtually everyone acknowledges that deer do have a tremendous ability to rely on experience and instinct to avoid danger.

Can Deer Remember?
We’ve all had experiences with big old does that just seem to have our number. It’s a common scenario. She detects us on our stand once, and from then on she looks for us whenever she comes into the area. It is one of the most maddening things that can happen in the deer woods and the main reason I always carry as many antlerless tags as the law allows. Can deer remember? Of course they can, but no one knows for how long.

At some point, repeated exposure to a certain kind of stimulus simply becomes a habit that works its way into their lifestyles. But it’s unlikely that they’ll remember an isolated incident for an extended time. Relying purely on experience, I know that deer can remember and react to specific memories for at least a week. I saw the evidence of that while hunting near my home many years ago when a buck, after being spooked a week earlier, remembered my stand location and made a wide circle around it.

Why Do Some Bucks Roam?
I have hunted a number of mature bucks over the years. In some cases the bucks were homebodies and relatively easy to kill. Other bucks were nomads that were seen once, but never again. I’ve asked a lot of hunters around the country if they’ve experienced this type of behavior and the answer was always “Yes.” Attribute it to variances in the personalities of mature bucks.

Just as people are individuals and have their own characteristics, behaviors and personality quirks, so do deer. Some bucks seem to stake their claims to a few acres of turf and stay there, while others seem to want to see what’s over the next ridge.