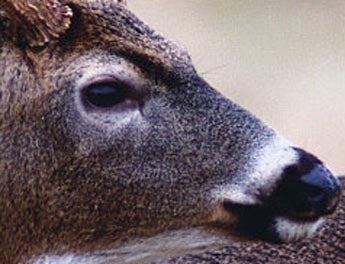 Earlier this year, the Pope and Young Club joined forces with other bowhunting clubs to decree that the intrusion of crossbows into archery seasons poses the most “imminent and critical threat to the future of bowhunting as we know it.” So what prompted the angry declaration?

It began with a recent position statement issued by the Archery Trade Association (ATA), which stated that since federal agencies recognize crossbows and crossbow accessories as archery equipment through the Federal Archery Excise tax, so does the ATA.

And while the ATA “does not support a reduction in the length of archery seasons to accommodate a separate crossbow season,” it does support the decisions made so far by wildlife agencies that are looking to the crossbow as a way to increase hunter participation and curb whitetail populations.

Some dyed-in-the-wool archers see that as playing both sides of the fence. The letter allegedly sent by the Pope and Young Club to the ATA’s board of directors in May maintains that “crossbows are not bows” and have no place in the regular archery season for able-bodied hunters. They point out unspecified activities by the ATA “to undermine our bow seasons” and express dismay that the association would support a product that “threatens to displace or destroy most of what your industry and our sport were built upon.” Bowhunting hard-liners are crying foul, but is anyone listening?

“Nobody takes Pope and Young seriously anymore,” says Bill Troubridge, owner of Excalibur Crossbows, Inc. “All along, the stance they’ve taken on the crossbow issue proves they don’t represent anybody but their own self-interest. What’s worse, they are actively working against wildlife agencies in states considering the crossbow while they also organize to shut down seasons in states where crossbows are currently allowed. Sounds like elements of an anti-hunting agenda to me.”

Pope and Young did not send the letter, according to Executive Secretary Kevin Hisey, but his organization did sign it and stands behind its content. He says Pope and Young is getting blamed as a strategy “by people in the industry who are trying to loosen or eliminate current equipment restrictions.”

**Should hunters be legally allowed to use crossbows during archery-only deer seasons? ** VOTE NOW