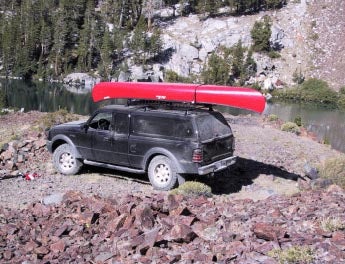 BASS Tour pro Frank Scalish got a major case of sticker shock this past August at the Citgo Bassmaster’s Northern Open on Lake Champlain, N.Y. “Gas was two-sixty a gallon my first day on the lake,” Scalish remembers. “My second day it was three-nineteen a gallon and it was three-twenty-five to three-twenty-nine by the end. I spent twelve hundred dollars in fuel on that tournament.”

Scalish estimates he will spend nearly $5,000 on gas traveling to and competing in the first five events of the BASS Elite Tour in 2006 alone. He also expects some tour newcomers will be forced out by the exorbitant cost of fuel.

After Hurricane Katrina, gas prices surged to an average of $3.05 a gallon. By early October, gas was down to $2.81, though some analysts have said prices could climb again. As gas peaked at $3.56 a gallon in Maine, bear guide Tim Nickerson saw his profits eaten up by transportation costs (all of his clients kept their bookings) and the cost of maintaining bait sites. He has already raised his prices for 2006 as a result.

Marva Mountjoy of the Washington Outfitters and Guides Association says that while gas prices have cut into members’ profits, clients aren’t canceling hunts. “Most folks booked their hunts a year ahead,” she says. “Next year we may see a difference.”

But charter-boat captains have already lost business, says Florida Guides Association president Captain Pat Kelly. “Some charters have raised their prices,” he notes. “Some have shortened their destinations. Others have simply gone out of business.”

Mark Parman of Wausau, Wis., wondered if he should stay home instead of making a three-hour drive to a duck hunt. “I’ve got a good spot up there, so I’m going,” he says. But what if prices soar toward $4 again? “Oh, man,” Parman says. “It’ll be time to make a decision!” .