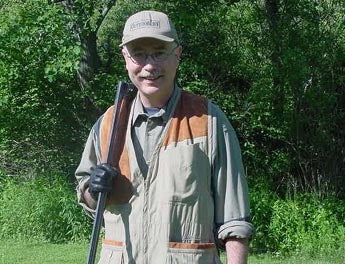 I read every letter we receive at OL and though I can’t respond to every one, I try to. Recently, I was blasted by a reader who wrote:

“Why don’t you put “cyber hunting” (hunting via the internet) and its advocates in their place?

“I’ve subscribed to your magazine for the last thirty years. I’m disappointed that you even asked the question of whether or not cyber hunting should be allowed. You express many opinions in this magazine. How about telling us what you think?”

I assume the reader was referring to this short piece we ran in Snap Shots “Remote-Control Hunting“, March 2005 We then ran a follow-up poll in May 2005 that asked: “Should remote hunting be allowed via the Internet?”

Nearly 42,000 people responded. Interestingly, the poll results, which ran in August 2005 Snap Shots showed respondents nearly split on this issue, with 47.1 percent in favor and 52.9 percent against.

Where do I stand personally? Ethically, I have real problems with it. To me, hunting isn’t just about pulling the trigger on an animal. It’s about the total experience. That includes everything, from the planning and prepping of gear (sometimes months in advance) to the actual time spent on the ground or in a stand. To me, hunting is about getting close to your quarry. That’s why we call it “stalking.” If a buck gets my wind and busts me, so be it. He won, I lost. Game over.

Hunting also includes the time spent in camp with friends and family. And it’s also about the camaraderie of coming home bone tired and sharing the day’s experiences (even if we didn’t see a deer) with those who understand why it is we go out there in the first place.

That said, I’m lucky that I have my health. Thankfully, I’m not confined to a wheelchair as some hunters are. Should they be denied a chance to shoot a deer? Many would argue that remote-control hunting would allow this to happen, but I’m still not buying it. We hear from many wheelchair-bound hunters who take their deer every year by getting out in the field, and I admire the heck out of them.

No, hunting is about being out there, not about pulling the trigger with the click of a mouse.

Why did we cover cyber hunting in the first place? Because good magazines have an obligation to inform their readers about what’s going on out there. That’s what you pay us for every time you plunk your hard-earned money down for a copy of Outdoor Life.