Research findings that will help you get your buck. 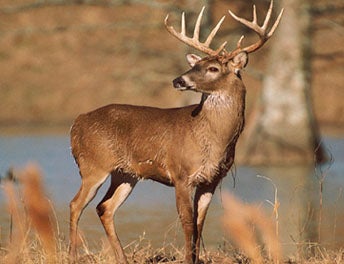 I don’t know about you, but every time I see the words “according to biologists in so-and-so state” or “researchers at the University of such-and-such recently found,” I pay attention. I don’t believe everything I read, but I do put a lot of stock in what most deer biologists say. From PhDs to graduate assistants, most wildlife professionals are conscientious and passionate about their data’s accuracy, even if they don’t always realize how much their research helps us hunters. Here are a few recent gems. I’m sure you’ll put them to good use.

“The grunt-snort-wheeze is the most aggressive call,” says Miller. “You can use it to bring in a dominant deer, but it can also scare off some bucks.”

As for mating calls, the researchers say bucks make the tending grunt when an estrous doe is in sight. They also found that bucks sometimes grunt long and gutturally when on the prowl for does during the rut. Use Small Words
At a recent seminar I heard Maryland biologist C.J. Winand tell the audience, “Bet you didn’t know the average length of a buck’s grunt is seven-tenths of a second long.” I know researchers overzealously analyze whitetail biology, but I still found that interesting.

Because realism matters, when you’re not blowing the long and animated tending call, try short, snappy grunts to lure in a buck.

Vary Your Location
I’ve perused several studies in which biologists say that does feed rotationally to keep from burning out food sources in their home range. They speculate that this might also be a survival mechanism. As does and fawns move from, say, an acorn flat to a honeysuckle thicket to a shaded edge where persimmons fall, they keep coyotes and other predators off guard. With this in mind, it makes sense to hang and rotationally hunt several stands near various pockets of mast and browse.

[pagebreak] Hunt Midday
In Solving the Mysteries of Deer Movement (Institute for White-tailed Deer Management and Research, 1996), Texas researchers Dr. James Kroll and Ben Koerth suggest that deer get up and feed every four to six hours. The biologists point out that the animals feed mostly at dusk and at night, but flurries of daytime feeding occur regularly. The lesson here is that you should increase your time in a stand downwind of browse back in the timber, where bucks feel more comfortable moving in daylight hours. You might spot a hungry buck anytime.

Kroll and Koerth also found that although does seem reluctant to move on very windy days, wind speed doesn’t affect buck activity all that much during the rut.

Hunt Escape Cover
The Pennsylvania Game Commission has fitted hundreds of bucks with radio collars to determine whether the state’s 2-year-old point-restriction program is working. Now more than three years into the study, researchers’ preliminary findings show that the restrictions are working. But it’s an ancillary finding that should interest deer hunters. The PGC found that when gun season opened, the bucks didn’t go anywhere. They just became nocturnal and sat tight in thicker areas.

What Scrapes Tell Us
In the late 1990s, researchers at the University of Georgia studied the scraping behavior of free-ranging, hunted whitetails on a 3,400-acre tract [BRACKET “see Whitetails, August 2003”]. The biologists noted that some of the most intense scraping occurs right after dusk from mid-October through early November. It stands to reason, therefore, that if you watch a sign-blazed ridge or bottom near a hot food source every evening you’ll spot bucks-and sooner or later Mr. Big.

The biologists’ trail-monitoring cameras also revealed that while as many as 13 bucks of all ages visited some scrapes, few if any deer hit other scrapes just a few hundred yards away. So remember this: If you watch a set of scrapes for a few days and don’t see any deer, stop wasting your time. Scout for hotter scrapes to hunt.

Here’s one final bit of information: A Texas study found that bucks split their time almost equally between mock scrapes juiced with doe pee and mock scrapes filled with buck urine or tarsal scent. Since the scent you use doesn’t seem to matter much, you might as well dump a little of each in a scrape near your stand.